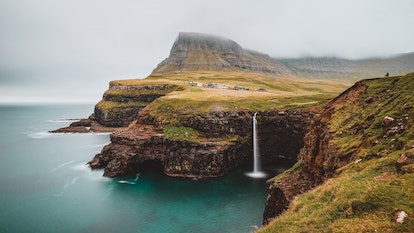 Thor is undoubtedly one of the best superhero movies ever created by Marvel. Who doesn’t like watching Chris Hemsworth play the thundering hero with his Mjolnir? Though many enjoy being entertained by the varied fight scenes and all the visual effects, the movies also introduced a new crowd to the world of Asgard and its numerous traditions.

Hailing from Asgard, a small pocket-dimension adjacent to Earth, the Asgardians are a humanoid race of extra-dimensional beings. These beings are also known as the Aesir gods and have been worshipped by the humans living in Britain, Scandinavia, and Northern Europe.

Marvel movies have reignited interest in the ancient Norse gods and now many want to know about their culture and how they celebrate important occasions like weddings, birthdays, and even funerals. So just what happens during an Asgardian funeral? Do they say goodbye to their departed loved ones the same way we do here on Earth?

Where Do Asgardian Burials Come From?

Asgardian burials come from the famous Norse mythology closely associated with the era of the Vikings. These people believed that death is a door to the afterlife and into one of the Viking’s nine realms. Because of this, Vikings spent much time preparing burials for a successful afterlife of their fallen loved ones.

For Viking warriors, dying in battle is considered a great honor while dying of sloth or old age was somewhat dishonorable during those old Norse times. Those who would go on to great honor in the afterlife deserved an especially well-prepared funeral.

What is an Asgardian Burial?

Asgardian burials are influenced by the era of the Vikings. The Vikings have two common burial methods, and they practiced both, dependent upon family wishes. Death in Viking times would most often result in one of two burials: cremation or inhumation. A third, more uncommon tradition, has also been popularized by movies and books and it is the Viking sea burial.

In a Viking cremation funeral, the body of the deceased is burned under extreme temperatures until the flesh and bone turn to ash. After this, the ashes are scattered, buried, or cast out to sea. This was the more popular method among the early Vikings, for they believed that the smoke would carry their spirit to the right destination in the afterlife.

The requirement for a successful cremation is extremely hot fire, enough to burn the body to ash. To achieve this, the Vikings would use a funeral pyre and a large volume of burning wood to ensure that there are no physical remains.

A second Viking burial tradition is inhumation. For this, the body of the deceased is buried underground, and then earth, soil, or stones are placed atop the spot where the body rests. Their goods and personal belongings would also be buried with them.

Graveyards were common during Viking times and they became places to group all their dead in a single location. To this day, large stone monuments can be found in Scandinavia that appear to be the burial ground of Viking dead.

The sea burial is probably the most widely-known Viking burial ritual. This is where they let the dead sail out to sea and burn the ship or casket before casting it out. Some believe that the corpse was burned prior to loading the ashes on the ship while others believe the body was burnt as it sailed away. It was common for the dead to bring their belongings with them to sea and on to the afterlife.

This ceremony, though widely known, was only reserved for noble families and the wealthy. In the Viking times, the ships used in sea burials would take months of construction and cost an enormous amount. Thus, only important figures choose to be buried in this way.

In Old Norse society, it was an enduring tradition for families of the deceased to hold post-funeral celebrations. The Vikings would usually wait seven days after the burial before the celebration. During the celebration, they would toast with ale to signify the successful passing of their loved ones.

After the festivities, all heirs would then come forward and claim their rightful title, birthright, and inheritance to continue their family tradition. This was the Viking version of a celebration of life in honor of the departed.

If you’ve watched the movie, Thor, you may have had questions concerning different Asgardian customs. After all, even though characters like Thor, Loki, and Odin are immortals, most of the Asgardians still age and eventually die.

So what happens when the non-immortal people of Asgard die? Here is one example of burial traditions employed when a member of royalty dies. For a grand Asgardian burial, it will be conducted by the great Odin himself.

This is how the ceremony goes:

Asgardian Burials in the News

Can you imagine what it’s like to have an Asgardian burial today? Garrett Matthias was just a little boy but he knew he was dying and before he passed away. He told his parents about his last wishes and one of them was to recreate a funeral similar to what he saw in the movie Thor.

Before dying from cancer at age 5, Garrett had a simple request: he wanted five bouncy houses at his funeral. Those invited could see his wish fulfilled before they even finished pulling up to his celebration of life on July 14, 2018.

Garrett’s parents, Emilie and Ryan, let him take the lead. Garrett started with his obituary, which ended with his typical farewell: “See ya, later, suckas!”

His parents agreed to throw a celebration of life that according to them would have exceeded their late son’s expectations. Some of the details Garretty requested were face painting, snow cones, Wonder Woman, Spider-man, and an appearance by Batman.

His most significant request was to recreate a funeral scene from Thor and his parents followed through to the letter. Floating on the lake near their home, they hired an archer to shoot a fiery arrow at Garrett’s ashes for a final farewell. This moment was one of the few somber parts of the event.

Many people who were touched by his story sent their condolences to his family as well as donations to cancer research. To help with the families’ medical bills, A Go Fund Me was started and raised over $60,000.

Emilie Matthias described Garrett’s life and his final wishes as an amazing legacy. Her hope is that the attention Garrett received might inspire even one person to donate or one person to become a doctor and find a cure for cancer.

The Advantages of Having Funeral Wishes

People who are aware that they’re dying often prepare their funeral wishes in advance by telling their families and close friends how they want to be buried. Some, like Garrett, choose extravagant funerals, knowing it’s the last impression they will on friends and family. Others prefer to keep it simple and quiet.

No matter what your wishes, it’s important to let close loved ones know so they can carry them out. Just as in life, your funeral can reflect your individual personality and life story. When you communicate your final wishes, you can truly rest in peace, knowing your desires are taken care of. Family members won’t have to fight over how you’ll be buried, what kind of ceremony you’ll have, or other contentious issues that arise. You can leave this world knowing you’ll have your wishes come true—even if it’s for an Asgardian funeral.