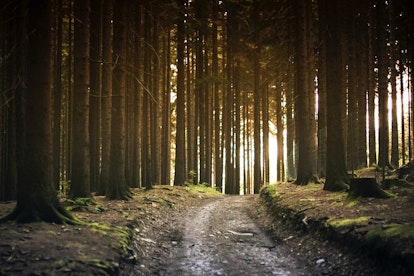 The afterlife is an essential subject in every religion, but what about in the belief in no religion? An atheist is someone who doesn’t believe in religion or a god. Instead, they focus on nature, science, and seek their own answers about existence and the universe. Though it’s easy to get lost in this definition, atheism defines itself as a lack of belief in gods.

It’s a myth that atheism is a belief system in itself. It’s a lack of belief system and this least to a lot of misunderstanding about the afterlife. According to the Pew Research Center, only about 3% of Americans claim to be atheists. However,  over 15% don’t believe in any gods or gods. This means the atheist population is on the rise, even though not everyone uses this term to identify.

As more and more people choose to abandon traditional religious views for their own ideas about life and death, how does this translate to the afterlife? What exactly do atheists believe about the afterlife? The answer (or answers) might surprise you.

How Do Atheists View Death and Dying?

If you take away anything from this guide, let it be this one thing: all atheists are different. There is no single belief system tying everything together. The only similarity is that all atheists lack a belief in any gods. There is no common scripture, sacred text, or leadership within this community.

Because of this, atheists come in all shapes, sizes, and belief systems. They have their own backgrounds that lead to unique values and convictions. All of these variables affect the individual's view of death and dying. A lot of books about life after death attempt to make sense of this complex question, but it might be simpler than that.

Death as a part of life

In general, most atheists are very death positive. They see death as a natural part of life. It’s not always something that deserves any great fanfare, and there are usually no religious or spiritual beliefs around the passing of life.

Because most atheists don’t believe in the idea of a “soul,” they don’t see this as playing a large role in death. At the end of one’s life, most people believe that you cease to exist. While this might sound intimidating in a religious setting, it can also be peaceful.

It’s more important to live life to the fullest while you can. Atheists believe that life passes quickly. How you put your time to use is much more important than what comes after.

However, as mentioned above, there is a range of experiences amongst atheists nowadays. Some might allow family members to incorporate religious elements since they can be a comfort to the grieving. Ultimately, many atheists understand that funerals are for the living, not the dead.

Do Atheists Believe in an Afterlife?

The question about what happens when you die is a tale as old as time. Many researchers nowadays believe that religion was born specifically from the fear of death. This makes sense seeing as how all modern religions answer this afterlife question in one way or another.

Statistically, people also become more religious as they age. This suggests that as people grow closer to death, they reconsider their relationship with religion that offers clear answers for what happens next. Because most atheists don’t believe in god, most also don’t believe in any afterlife

Atheists are often called non-believers because they don’t believe in a god. However, a lack of a belief in God doesn’t mean these individuals don’t have their own beliefs. It’s not uncommon for atheists to have some belief in the following:

This could mean a number of different things depending on the individual. One might believe that the “soul” goes on to a new life, while another might think they exist indefinitely in one’s memories. There is no clear consensus. Atheists are free to adopt their own belief system in terms of the afterlife.

While all atheists are free to draw their own conclusions about the afterlife, the most common belief system is a belief that there is nothing after death. Outsiders often refer to this as an “eternal nothingness,” and it’s understandable why this could scare those familiar with the Christian afterlife.

Facing the end of one’s life is intimidating. This is a new experience, and nobody knows for sure what happens once you take your last breath. It’s comforting to believe you’ll reunite with loved ones or start a new life after death. For those who believe nothing lies beyond the grave, they’re forced to confront the definite nature of mortality.

Is the only path to meaning in death through religion? According to a study by the Journal of Religion and Health, those who have chosen to be non-religious actually face death with a confidence not always seen in their religious counterparts.

Drawing one’s own conclusions about the meaning of life and legacy is a powerful practice. Many atheists find comfort in science, the natural world, and knowing they’ve lived a life they’re proud of.

One of the most famous atheists, Professor Stephen Hawking, puts these feelings into words. Of his own impending death, he said, “I regard the brain as a computer which will stop working when its components fail...There is no heaven or afterlife for broken down computers; that is a fairy story for people afraid of the dark."

This lack of an afterlife shouldn’t hold us back on earth. As Hawking famously said when asked how one should live, “We should seek the greatest value of our action.”

What Do Atheists Believe Happens If There’s No Afterlife?

If there is no afterlife, what happens after death? This is where atheists draw their own conclusions and meanings. Instead of being a part of the creation of a god or supreme being, atheists see themselves as a part of nature. With death comes a return to that nature, and this is a beautiful cycle.

This is a humbling realization and one that leads many atheists to follow their own moral and ethical compass. Feeling a connection and a peacefulness with one’s own mortality is a way to overcome the fear of death.

While there is no one-size-fits-all belief system, most modern atheists believe the afterlife is simply a return to nature. The only things that remain after death are the memories of our life and impact which rest within our legacy, friends, and family. For atheists, that is enough.

Death and Atheism: Finding Meaning in the Darkness

Atheism is one of the most misunderstood belief systems, mainly because it’s the lack of a singular belief system. Atheists come from all backgrounds, and they often prescribe their own meaning to life, mortality, and what happens when we die.

Ultimately, most atheists are guided by the natural world. They find peace in the cycle of life, and they develop an open-minded view of death. Even if nothing lies beyond the grave, they don’t let that stop them from living life on their own terms.