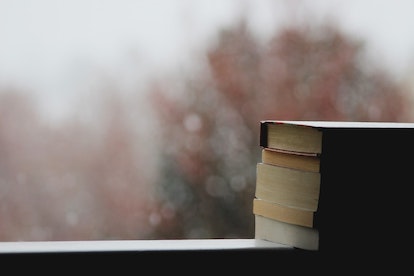 Being afraid of dying is normal, right? Particularly in Western culture, death is viewed as a thief, as the one robber and villain that we can rarely fight and win. There’s rarely anything you can do to stop it, so many people live in fear. However, there can be a better way. Approaching death as a natural end to life makes it much less scary, and as such with the circle of life, it’s not unnatural to die.

That’s the approach Atul Gawande takes in his books. As a surgeon, he’s covered and faced many topics. As a long-time member of hospital culture, he’s seen all manner of approaches to dying. From consoling families to trying to figure out how to break the news, Gawande is no stranger to death.

But he suggests a different approach. In his books, Gawande asks that we treat death differently. If we do, he gently suggests that it might even make the transition easier for ourselves and our loved ones.

1. Being Mortal: Medicine and What Matters in the End

Almost no one wants to die. Understandably, many of our loved ones are willing to spend any amount of money to stretch out life. In the current space of medicine, you’d be hard-pressed to find doctors that don’t support this. With many miraculous cures and technological advancements, it’s hard to take no for an answer.

We want our loved ones’ lives to be extended, to keep them with us a little longer. But Gawande argues against it. After a career in surgery, he’s witnessed the consequences of this firsthand.

In Being Mortal, Gawande suggests that it’s important to consider what we value most. Is the length of life more important, or autonomous control of a shorter life? He believes the second option is more valuable. In today’s world, sometimes the quality of life isn’t considered.

In difficult situations, if someone is breathing, that is all that’s considered. To Gawande, this is heartbreaking. He sees patients trapped in “lives” they never wanted, with the inability to do anything they loved. His patients feel like a shell of themselves. And to Gawande, that’s worse than dying. He argues for the need to change our outlook.

Instead of a society that values never letting go, what if we valued difficult discussions about autonomy? People rarely envision spending their last years unable to do anything they love. But sometimes, illness dictates differently.

In that case, what should be done? Gawande knows that every individual and every family will have a different answer to that question and start talking about end-of-life planning. But it’s worth considering if only to make sure that everyone maintains the quality of life possible for them.

2. The Checklist Manifesto: How to Get Things Right

Doctors are known for making life-or-death decisions. In the heat of the moment, they have to make major decisions for their patients. Of course, there’s a plan in place.

There’s always a plan. But sometimes even the best-laid plans go awry, as Shakespeare suggests. Gawande maintains a professional curiosity in life-or-death choices. He wants to know how people in other trades make decisions that cause life or death all the time.

Take a construction site, for instance. Building skyscrapers is a complicated business. But once it’s completed, hundreds of thousands of people might live and work inside. What stops it from falling? Human mistakes are common. Why aren’t skyscraper collapses or surgery mistakes more common than they are? In The Checklist Manifesto, Gawande posits that the answer is simple. It lies in checklists.

Many people abhor checklists. Sometimes, they’re a reminder of everything you didn’t get done. At other times, they feel like a representation of stifling rules that hold you back. Rarely do lengthy checklists seem to be on your side. And if you’re on the patient’s side, at the doctor’s office filling out what seems to be your hundredth form, checklists may be your sworn enemy.

Gawande suggests that checklists, in their best form, are lifesavers. As a surgeon, he’s witnessed this firsthand. Complex procedures don’t just happen. Countless surgeries occur in the U.S. alone, each and every day. The fact that most people survive isn’t a trick of luck. It’s thanks to procedures. And in a book that serves as an ode to procedure, Gawande still manages to make an emotional connection with the reader.

With the importance of checklists underlined, it’s easy to act on this information. However, Gawande isn’t talking about making checklists so that the grocery shopping gets done, or your bills are paid. He’s talking about harnessing the power of life or death issues and reducing them to a simple checklist.

Even if you’re not an incredibly talented surgeon, you can also do this. Harnessing the power of your end-of-life plan can also be reduced to a checklist. When it comes to crucial decisions, or even just going into hospice care, you should be clear.

Make a list of what you want to be done. Would you like to stay independent as long as possible? Do you have money set aside for a live-in nurse? Making a clear document is helpful to communicate your wishes and keep a record of them.

3. Better: A Surgeon's Notes on Performance

In this collection of essays, some previously published in the New Yorker, Gawande examines accomplishments and ambition. As a successful surgeon, he’s used to a high success rate. But in his line of work, anything less than 100 percent success doesn’t seem to be enough. Even one life lost is too much. But Gawande knows that he can’t get caught up in perfectionism. The only way forward is through.

By putting his essays under three headers—which are "Diligence," "Doing Right," and "Ingenuity"—Gawande manages to highlight relevant issues in Better. What happens when things go wrong in the operating room? What should we do about diseases ravaging the world today?

Gawande muses that we often want a lightning bolt solution. Everyone wants to be a genius, a child prodigy. But most of the time, particularly in medicine, the answer often isn’t glamorous. It’s dirty and difficult, but it’s effective.

To illustrate this point, Gawande talks about polio vaccinations. In one week in 1997, 25 million children were vaccinated against polio in seven countries. This feat is nothing short of a miracle. But the actual legwork of administering the vaccine was anything but miraculous. It was simply hard.

That’s Gawande’s point. To achieve great things, that diligence will often make all the difference between success and failure.

View This Link on Amazon

4. Complications: A Surgeon's Notes on an Imperfect Science

In Western culture, we revere doctors. They go through an extraordinary amount of study and training to do what they do. Intelligent, cool under pressure, empathetic...they often embody some of the best that humanity has to offer. We believe those things for two reasons. The first reason is that it’s often true. Doctors don’t achieve their professional status by making haphazard guesses. But the second reason is that we need to believe it.

For instance, imagine requiring surgery for cancer. That diagnosis is a major stressor. But undergoing surgery, especially for the first time, is also scary. Even though most people survive it, we’ve all heard horror stories of people dying on the operating table. Those are statistical outliers, and bringing them up is often a form of fear-mongering.

Naturally, we’re all terrified of being that one freak incident. We want to believe that our medical professionals have it all under control. Our lives are in their hands, and we need a reason to relax. So we believe that they know exactly what they’re doing. And in most cases, that’s true! But doctors are also human.

This is what Gawande’s book, Complications, is about. He writes about freak disasters, ones that he observed over the course of his medical career. For instance, he knows a surgeon who accidentally left a metal instrument in a patient’s stomach. It ended up tearing through their bowel and bladder wall. It might seem terrifying, but Gawande’s purpose isn’t to spread fear.

He shares the stressors about the medical profession, how doctors are human too, and examines philosophical questions. What is a doctor’s duty in these cases of life or death? What happens when you make a mistake in a procedure with no room for error? Examining these questions makes this a thoughtful, gripping read.

Choosing One of Atul Gawande Books

All of Gawande’s books are highly recommended. As a philosopher, surgeon, and staff writer for The New Yorker, his skill set is incredibly diverse. This informs his writing approach, which makes his books as gripping as they are informative.

But choosing a place to start might be hard. If you’re trying to make an end-of-life plan, we recommend starting with Being Mortal. It’s a great book to take slowly and reflect on. And with Gawande’s informed, empathetic approach, it may help you start planning.