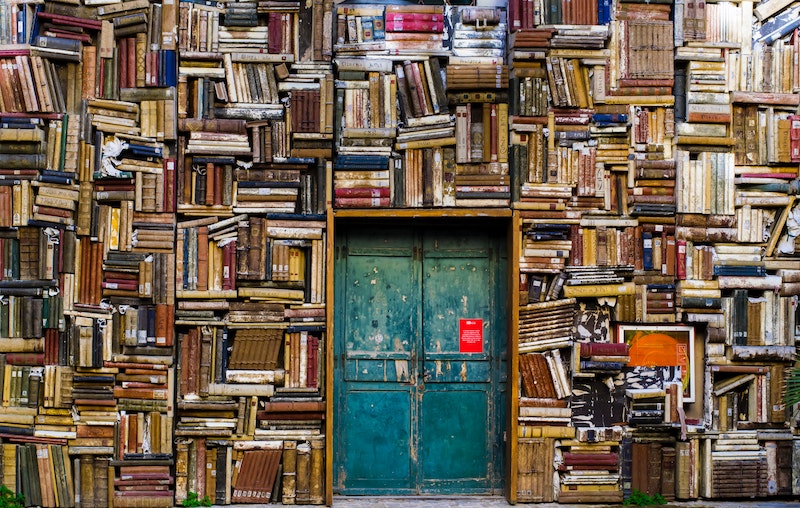 Reading is one of the best ways to walk in someone else’s shoes, whether you’re reading a fantasy story or nonfiction. The best memoirs for your adults give you an opportunity to experience someone else’s story for yourself without ever leaving your home.

These life-changing books can spark curiosity, inspiration, and other emotions.

This type of storytelling is a first-hand account or biography about specific moments or memories relating to the author’s life. Some memoirs have made a bigger impact than others.

Whether they include particularly riveting stories of challenges and triumphs or they capture the human spirit, these are 25+ of the greatest memoirs to add to your reading list.

The creatives of the world are often the most elusive. They aren’t always open about the feelings and experiences that inspired their works, and this is what draws so many readers into the memoirs below.

1. Tuesdays with Morrie by Mitch Albom

American author Mitch Albom meets with his former sociology professor Morrie Schwartz as the older man slowly dies of ALS. Though the premise is simple, this book contains some of life’s greatest lessons.

This influential punk rock artist published her memoir in 2010. She shares the story of how she went from a 20-year old aspiring poet to the artist she’s known as today. A winner of the 2010 National Book Award, this is guaranteed to be a wild ride for all fans of Patti Smith’s music.

American writer Joan Didion shares a memoir about grief, maternal love, and the way one’s memories evolve over time. Didion’s daughter passes away only one year after she loses her husband, and her story reaches right for your heart.

4. Dust Tracks on a Road by Zora Neale Hurston

Zora Neale Hurston wrote classics like Their Eyes Were Watching God, but few know about her real-life story of growing up in the deep south, which inspired her novels. Her memoir shares a candid and often funny account of her childhood to her role as a prominent artist.

The award-winning photography Sally Mann wrote this memoir while digging through an old box of photos and papers found in the attic. It’s a revealing tale about family scandals, mystery, and the power of photography.

Tip: Read our guide on the best inspiring biographies for more recommendations.

Sometimes you just need to laugh. Even with life’s darkest moments comes brighter days, and these memoirs prove there is so much joy to be found in the world.

Comedy star Amy Poehler’s collection of essays has all of the laughs you’d expect from the start of Parks and Recreation and Saturday Night Live. At the same time, this memoir is surprisingly relatable and full of moments of insight.

7. Me Talk Pretty One Day by David Sedaris

Comedian David Sedaris writes Me Talk Pretty One Day about his experience trying to learn a second language in Europe. Full of quirks and travel monologues, this is for anyone who needs something lighthearted.

Frank McCourt had what he calls a “miserable childhood.” He goes from Depression-era Brooklyn to living in the slums of Limerick, Ireland throughout his memoir. While this might sound like a story about survival (because it is), it’s also full of humor. This bestseller reminds us of the importance of laughing through the hard times.

9. Too Much Is Not Enough by Andrew Rannells

Andrew Rannells, star of Broadway’s The Book of Mormon and HBO’s Girls, shares this inspiring coming-of-age story about a Midwestern boy making it through horrible auditions, bad relationships, and bad hair while he chases his dreams of making it big.

Comedian Ali Wong addresses this memoir to her daughters. Dear Girls is everything they (or the reader) would ever need to know about life, from the unpleasant parts of dating to being a working mom.

While it’s not always easy to experience one’s own personal tragedies or the harder aspects of life, these are the things that truly define us. By walking in someone else’s footsteps, no matter how heavy, we experience a world of growth outside of our own experience.

16. Men We Reaped by Jesmyn Ward

Jesmyn Ward is the first woman to win 2 National Book Awards for her fictional work, but her memoir also earns a place on this list. In her 2013 memoir, Men We Reaped, Ward grapples with death. In particular, she examines the premature deaths over four years of five different men in her life. While she works from deep sorry, she also shines a light on how our legacies live on.

Educated earned the top spot in the memoir category on Goodreads in 2018, and with good reason. This narrative follows the author, Tara Westover, from her journey growing up with a survivalist family in Idaho to earning a Ph.D. from Cambridge University. Along the way, she struggles with the growing gap between educated and uneducated people in the United States.

18. In the Darkroom by Susan Faludi

In this memoir, feminist scholar Susan Faludi shares her story of reuniting with her estranged father. After surviving the Holocaust, her father escaped to Budapest through disguises. Now he lives his life as a woman in Budapest, and Faluldi discusses her struggle in accepting her father.

19. When Death Takes Something From You Give It Back by Naja Marie Aidt

There are many books about death, but few are as heartbreaking as this memoir by Danish writer Naja Marie Aidt. This memoir serves as a portrait of Aidt’s son who died tragically in a drug-related incident in his early 20s. For anyone who has ever dealt with loss, this story grabs your heart.

First lady Michelle Obama might be a well-known figure today, but she traveled a long road to get there. Her memoir shows there’s a lot to be learned from her upbringing on Chicago’s South Side to her challenges along the way to the White House.

21. I Am Malala by Malala Yousafzai

After being shot in the head at point-blank range while riding the bus home from school at age 15, Malala Yousafzai went on to publish one of the most well-known memoirs in the world. Today, her work is a shining example of the power of standing up in the face of adversity.

Though you might recognize this memoir from its movie rendition with Reese Witherspoon, Cheryl Strayed’s Wild earned its own right as a bestseller in its genre. After suffering a loss, Strayed finds redemption and peace in one of the most challenging hikes on the planet from California to the border of Canada.

Books about the meaning of life come in many shapes and sizes. If you want a glimpse into the past, these books offer just that. They’re a first-hand account from someone who was there in the moment, explaining things in their own words. What will you discover?

23. I Know Why the Caged Bird Sings by Maya Angelou

One of the most well-known memoir classics still holds up today. This narrative beautifully captures the realities of growing up amongst the backdrop of racism within the United States.

Elie Wiesel won the Nobel Peace Prize for his activism against racism, violence, and repression. This initiative began with Night, Wiesel’s narrative about his own experience surviving a concentration camp in World War II.

25. The Diary of a Young Girl by Anne Frank

Another important World War II memoir that offers a different perspective is The Diary of a Young Girl by Anne Frank. Frank spent years living in hiding the attic of a home in Nazi-occupied Amsterdam, and her personal journal shares her unique optimism and glimpse of the world.

26. Out of Africa by Karen Blixen

Karen Blixen’s classic has been in the literary canon for generations, and it still stands today after being published in 1937. Out of Africa shares her account of living 17 years on a plantation in Kenya. Written under a pen name, this tale shares a piece of this beautiful part of the world.

27. A Moveable Feast by Ernest Hemingway

Beloved American writer Ernest Hemingway’s life comes to life in his memoir which was published three years after his death. Highlighting his experience as a young writer in booming 1920s Paris, this is some of his most interesting work.

For Azar Nafisi, books have the power to transform people and the world. Nafisi brings together 7 young women every week for two years until she leaves Iran in 1997. During these meetings, the women read and discussed banned works of Western literature, bringing the women closer together in a time of uncertainty.

Laugh or Cry With a Great Memoir

Memoirs exist not only to entertain but also to relate to readers. While a fictional story is a form of escapism, memoirs are an opportunity to broaden one’s own experience. By assuming the lens of another person, we feel as though we’re stepping into someone else’s life, even if it’s only for a little while.

These stories above range from heartbreaking, to laugh at loud, and everything in between. Ultimately, it’s easy to see that the human experience is a vast and wide place. No two stories are alike, and that’s what makes life so worthwhile.

If you're looking for more for young adults or children, read our guides on the best spiritual books and the best books on positive thinking.

Show your support to a grieving friend. 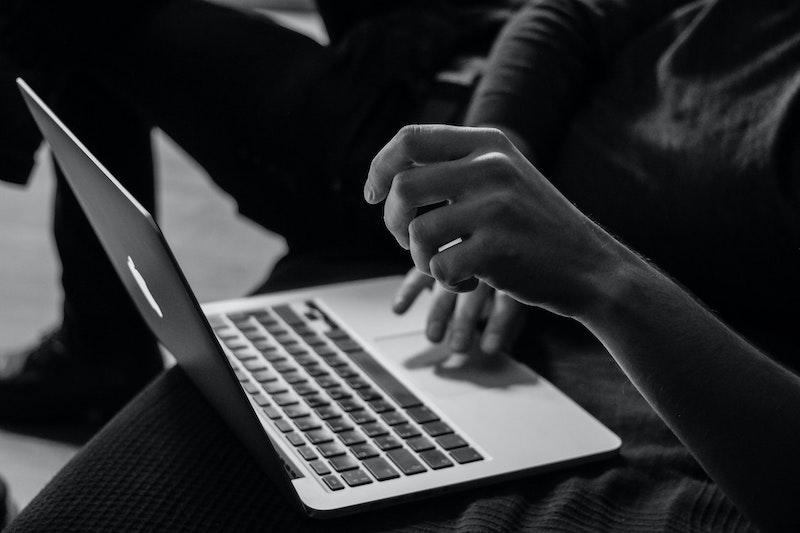