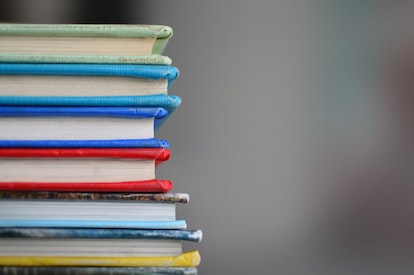 Books about death, dying, and grief can help us cope with grief at many stages in life. If you’re interested in the subject of death, or you need to learn more to support someone you love, nonfiction books are a crucial resource. If you want to experience death and dying through someone else’s eyes, fiction offers that opportunity.

These 21 books about dying, death, and accepting the inevitable will help you grieve or prepare for death in your own way. We’ll offer our top book choices on dying and death in both fiction and nonfiction.

Sometimes, the best way to come to grips with death and loss is with a good cry. Experiencing death and grief through the eyes of a fictional character can help you understand your own, real-life emotions. Below are some of the best sad books about death.

1. My Sister’s Keeper by Jodi Picoult

My Sister’s Keeper tells the story of 13-year-old Anna Fitzgerald as she comes to understand her role in her sister’s survival. The novel takes an emotional look at how one family handles a child’s terminal illness.

It follows the family as they attempt to answer the hard questions and make the life-changing decisions that arise.

You can buy My Sister's Keeper on Amazon.

2. The Cure for Grief by Nellie Hermann

In The Cure for Grief, teenager Ruby admires her older brothers, as well as her father--a Holocaust survivor. But tragedy strikes her family, again and again, beginning with her eldest brother’s hospitalization.

Ruby’s coming-of-age story is marked with heartache and loss. By following her story, you’ll grow with her as she learns about death, dying, and grief.

You can buy The Cure for Grief on Amazon.

3. Bridge to Terabithia by Katherine Paterson

Two outcast children, Jesse and Leslie, create an imaginary world called Terabithia. This fantasy land is enchanted by magical creatures, and it’s only accessible by swinging over a deep gully on a rope.

One day, tragedy strikes as Leslie attempts to visit Terabithia alone, and the two children are separated forever.

You can buy Bridge to Terabithia on Amazon.

4. Of Mice and Men by John Steinbeck

John Steinbeck published this celebrated novella in 1937, but its themes of loss and grief hold just as true today. Of Mice and Men follows three days in the lives of migrant workers George and Lennie.

As they move from place to place in search of job opportunities during the Great Depression, things take a turn for the worse. The characters ultimately take life and death into their own hands.

You can buy Of Mice and Men on Amazon.

5. Where the Red Fern Grows by Wilson Rawls

Stories of grief don’t always revolve around family members or friends. Often, the most influential books about death and dying focus on the loss of a beloved pet. Where the Red Fern Grows does just that, creating a compelling narrative about mortality. Have tissues on-hand if you choose to read this heartbreaking work of fiction.

You can buy Where the Red Fern Grows on Amazon.

6. Tuesdays with Morrie: An Old Man, a Young Man, and Life’s Greatest Lesson by Mitch Albom

Tuesdays with Morrie is a classic and uplifting novel that has touched millions of readers’ lives. In it, a professor and student have frank end-of-life conversations with confidence and honesty.

It’s a moving tale that takes its readers to journey of emotional growth. It addresses death in a way that’s emotionally moving yet inspiring.

You can buy Tuesdays with Morrie on Amazon.

7. The Bright Hour: A Memoir of Living and Dying by Nina Riggs

The Bright Hour is a memoir about how to live every day “with death in the room.” Written by poet Nina Riggs, a direct descendant of Ralph Waldo Emerson and mother of two, the memoir offers an uplifting perspective on mortality.

You can buy The Bright Hour on Amazon.

8. The Heart by Maylis De Kerangal

This work of medical fiction takes place over 24 hours, following the realistic process of a heart transplant. While a young man dies, a young woman gets a new chance at life.

The Heart is a work of fiction with a scientific theme, but it will also touch you emotionally as you grow to know the characters.

You can buy The Heart on Amazon.

9. Lifetimes: A Beautiful Way to Explain Death to Children by Bryan Mellonie and Robert Ingpen

Death often touches children directly, whether we like it or not. Lifetimes offers an uplifting and appropriate way to explain death to children.

And, while its intended audience is children, parents and guardians will benefit from its message, too.

You can buy Lifetimes on Amazon.

10. The Year of Magical Thinking by Joan Didion

Joan Didion tells the story of a very personal—yet also universal—story. The Year of Magical Thinking is the story of marriage, in good times and in bad. It’s a tale of a family experiencing loss in the moment, and it will speak to anyone who’s ever loved another deeply.

You can buy The Year of Magical Thinking on Amazon.

Learning about death through nonfiction and factual accounts can help us cope with the reality of mortality. Here are some of the best nonfiction books about death, whether you want to learn about death in medicine, the stages of death, or pick up some professional advice.

Paul Kalanithi tells an emotional and advice-filled story in When Breath Becomes Air. It’s an account of his own experience with death and dying: becoming a world-class neurosurgeon, only to be diagnosed with advanced lung cancer.

You can buy When Breath Becomes Air on Amazon.

12. From Here to Eternity by Caitlin Doughty

Caitlin Doughty, the founder of the nonprofit organization, the Order of the Good Death, describes funeral rituals around the world in this nonfiction work.

Examining the traditions of cultures around the globe helps readers view death from a new perspective.

You can buy From Here to Eternity on Amazon.

13. The Good Death: An Exploration of Dying in America by Ann Neumann

In this exploration, Ann Neuman looks at death and dying in western civilization. The author covers everything from wakes to funerals and exposes how America is unique from other cultures in how it approaches death.

You can buy The Good Death on Amazon.

14. How We Live and Why We Die: The Secret Lives of Cells by Lewis Wolpert

Biologist Lewis Wolpert offers an in-depth narrative about the basics of human life through the lens of the cell. Everything we do—from living to dying—is governed by our cells.

This work of scientific nonfiction gives an approachable look at the science of why we die.

You can buy How We Live and Why We Die on Amazon.

15. Advice for Future Corpses (and Those Who Love Them): A Practical Perspective On Death by Sallie Tisdale

Sallie Tisdale offers a unique, direct, yet compassionate view on the inevitable, informed by her many years as a palliative care nurse.

Tisdale walks through many topics— the scientific, the spiritual, the absurd, and practical— to bring us a clearer picture of the reality of dying.

You can buy Advice for Future Corpses (and Those Who Love Them) on Amazon.

16. Being Mortal: Medicine and What Matters in the End by Atul Gawande

Atul Gawande uses his many years of medical experience to break down the idea of death and mortality in this work of nonfiction. Gawande offers the perspective we should be involved, in addition to the medical community, in the deaths of our loved ones.

You can buy Being Mortal on Amazon.

17. How We Die: Reflections on Life’s Final Chapter by Sherwin B. Nuland

How We Die is known as one of the definitive books about death. The observations within each chapter draw a picture of death within health care and our relationship with death.

In reading How We Die, it’s impossible to avoid the subject that humankind most often and adamantly avoids: death and dying.

You can buy How We Die on Amazon.

18. In the Slender Margin: The Intimate Strangeness of Death and Dying by Eve Joseph

In the Slender Margin is part memoir, part meditation on death. It offers a journey into the world of dying and death, viewed through an artistic and imaginative lens.

Joseph uses her 20 years of work in hospice, as well as history, philosophy, and personal anecdotes to illuminate the unknowable. In the Slender Margin is a thoughtful rumination on death and mortality.

You can buy In the Slender Margin on Amazon.

19. On Death and Dying by Elisabeth Kubler-Ross

On Death and Dying is one of the most definitive psychological studies of the 20th century. It is the first text in which Ross described the now-famous five stages of death (also known as the five stages of grief): denial, anger, bargaining, depression, and acceptance.

You can buy On Death and Dying on Amazon.

20. The Good Death: The New American Search to Reshape the End of Life by Marilyn Webb

Marylin Webb bases her The Good Death on more than six years of firsthand research. As an investigative journalist, Webb delves deep into the medical, ethical, and legal controversies that surround dying and end-of-life care.

She also looks at the psychological and spiritual components of death, including “death with dignity.”

You can buy The Good Death on Amazon.

21. Death’s Summer Coat: What the History of Death and Dying Teaches Us About Life and Living by Brandy Schilace

Brandy Schillace addresses the way we’ve approached death throughout history. As a species, we’re living longer than ever. As a result, we’ve grown even more accustomed to denying our mortality.

Schillace talks about death and death rituals, and what led us to the current level of death sanitization and avoidance.

You can buy Death’s Summer Coat on Amazon.

Reading About Death and Dying

Books about death and dying can be excellent resources when you’re coping with grief. However, keep in mind that everyone experiences loss differently. When you’re reading about death and dying, it can be useful to take note of how your feelings differ from the author’s opinions or the emotions expressed by the characters in the book.

If you find one of the books on this list helpful in your time of grief, one of the best things you can do is pass the book on to others. If someone else in your life is grieving, a book makes a beautiful sympathy gift.