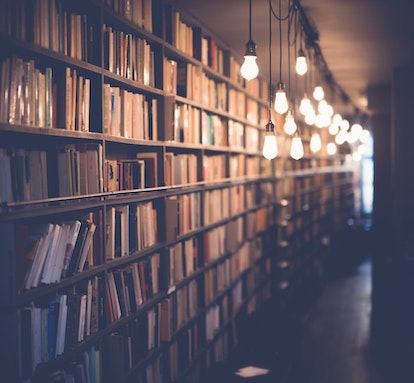 Many people believe in life after death due to religious teachings or personal experiences. Others are more skeptical of the idea that consciousness continues after we die. No matter which category you fall into, reading about life after death can offer valuable insights on the topic of death.

In this article, we’ll offer our top 15 favorite books to help you understand life after death. Whether you’re a believer or not, these books will give you something to think about and a new perspective on mortality.

1. Life After Life: The Investigation of a Phenomenon - Survival of Bodily Death by Raymond A. Moody, Jr.

Raymond Moody, the “father of the modern NDE movement,” presents a pioneering scientific study in this groundbreaking bestseller. Life After Death was originally published in 1975, and it has sparked curiosity and thought about the afterlife ever since.

This book introduced concepts you’ll probably find familiar: the bright light, the tunnel, and the idea that loved ones wait for us on the other side.

In Life After Death, Moody presents his study of 100 people who experienced clinical death and came back from the other side. You’ll read their experiences, in their own words, and be urged to think about what happens after death.

You can buy Life After Life on Amazon.

2. The Near-Death Experience by Lee W. Bailey and Jenny Yates

If you want to take a deep-dive into near-death experiences (NDEs), The Near-Death Experience is essential reading. Its collection of NDE cases and stories provides a wide range of perspectives. It helps readers think about the phenomenon through many different lenses.

For example, a biologist explains how the brain might release endorphins and create vivid hallucinations at the end of life, while philosophy focuses more on the symbolic.

Different religions all explain NDEs differently, too. And The Near-Death Experience will give you unique spiritual interpretations from each religion’s point of view.

You can buy The Near-Death Experience on Amazon.

“Elsewhere” is a mystical and peaceful place, where residents can’t get sick or old. The protagonist of Elsewhere, 14-year-old Liz, ends up in Elsewhere after she dies.

In this work of heartfelt fiction, Liz comes to grips with her new predicament, living in a place much like Earth but very different.

This moving book takes readers on an emotional yet lighthearted journey about grief, death, and accepting the inevitable.

You can buy Elsewhere on Amazon.

4. Heaven is for Real: A Little Boy’s Astounding Story of His Trip to Heaven and Back by Todd Burpo

Heaven is for Real depicts the journey of Colton Burpo, a young child who miraculously survived an emergency surgery. After his recuperation, Colton’s parents were shocked to hear all about his trip to heaven and back.

At just under four years old, Colton describes how he left his body during surgery. He’s able to explain exactly what his parents were doing in another room of the hospital.

In this nonfiction work, Colton’s father retells the child’s captivating and compelling tale of life after death.

You can buy Heaven is for Real on Amazon.

5. The Lovely Bones by Alice Sebold

Fourteen-year-old Susie Salmon is already in the afterlife when we first meet her. She mysteriously disappeared in 1973, and her story hasn’t yet come to light.

Susie relates the tragic event of her death in the intelligent voice of a teenage girl, speaking from a strange location that’s much like a school playground.

In The Lovely Bones, we experience the pain and loss of Susie’s family as they hunt for their daughter’s killer. We also get a peek into life after death, with Susie’s version of the afterlife.

You can buy The Lovely Bones on Amazon.

6. The Five People You Meet in Heaven by Mitch Albom

Mitch Albom, the bestselling author of Tuesdays with Morrie, brings us this novel exploring the idea that heaven is more than just a place.

The story centers around Eddie, a wounded war veteran. On his 83rd birthday, Eddie dies and reawakens in the afterlife, where he learns the true nature of “heaven.”

Eddie realizes that heaven isn’t a destination: it’s a place where five people tell you the story of your own life. The Five People You Meet in Heaven addresses the question that many of us ask ourselves when we think about death, “Why was I here?”

You can buy The Five People You Meet in Heaven on Amazon.

7. Proof of Heaven: A Neurosurgeon’s Journey into the Afterlife by Eben Alexander

Scientists have argued that near-death experiences are impossible, and Dr. Eben Alexander was among the skeptics. As a skilled neurosurgeon, Dr. Alexander understood that NDEs felt real; but he theorized that they were merely hallucinations induced by extreme stress.

After his brain is attacked by illness, Dr. Alexander comes to a new understanding of life after death. He lies in a coma for days but makes a miraculous recovery. While he’s on the edge of death, though, Dr. Alexander experienced things that he struggles to explain with science alone.

You can buy Proof of Heaven on Amazon.

8. Evidence of the Afterlife by Jeffrey Long with Paul Perry

Dr. Long and his wife, Jody, founded the Near Death Experience Research Foundation in 1998. Their goal was to create a forum for “experiencers” to tell their stories.

Through the foundation, Dr. Long gathered over 1,600 verified accounts of near-death experiences.

In this nonfiction work, Evidence of the Afterlife, Long presents one of the most compelling arguments for the existence of an afterlife yet.

You can buy Evidence of the Afterlife on Amazon.

9. Life After Death: The Burden of Proof  by Deepak Chopra

Deepak Chopra is world-famous for his work in mind-body medicine. In Life After Death, Chopra addresses the fundamental question we all have: what happens after we die?

Chopra draws on personal experience, as well as ancient knowledge and philosophy. He incorporates particle physics and science to join the theoretical with the physical.

Life After Death helps readers confront their fears of dying, and to consider even some of the more fantastical theories of the afterlife.

You can buy Life After Death on Amazon.

10. Journey of Souls: Case Studies of Life Between Lives by Michael Newton

Dr. Michael Newton is a hypnotherapist who has developed a technique for extracting patients’ hidden memories of the afterlife. His narrative, Journey of Souls, reads like a series of travel logs from 29 of those patients.

From a state of deep hypnosis--or “superconsciousness”--subjects describe precisely what happened to them between states of reincarnation. They explain what they experienced between the end of a previous life and the start of the next.

Journey of Souls presents a unique interpretation of the afterlife and what happens there, depicted through tales of past-life regression.

You can buy Journey of Souls on Amazon.

11. Unfinished Business: What the Dead Can Teach Us About Life by James Van Praagh

Unfinished Business offers a unique perspective on learning about the afterlife: the viewpoint of those who have already crossed over.

James Van Praagh has been conducting spirit communication and readings for over 25 years. In his book, he shares advice and personal stories from the departed who have used him as a medium.

Through these stories, James Van Praagh takes the reader on a journey between life and the afterlife. He conveys everything he’s learned from his time in the medium business, from the importance of karma to the dangers of emotional baggage.

You can buy Unfinished Business on Amazon.

Leaving Time is a novel that guides the readers through a story about life after death. In Leaving Time, Alice Metcalf can’t stop thinking about her mother, who mysteriously disappeared over a decade ago.

Alice refuses to believe her mother abandoned her, and instead, searches diligently for her mother online. She pores over her mother’s journals for clues. Eventually, Jenna’s memories of her mother synchronize with events as they unfold in the journals.

With the help of a psychic and a former detective, Jenna quickly approaches an unexpected conclusion to her search.

You can buy Leaving Time on Amazon.

13. On Life After Death by Elisabeth Kubler-Ross

Dr. Elisabeth Kubler-Ross is the world-famous author of On Death and Dying. She’s one of the world’s foremost experts on the subjects of death and grief. With this book, On Life After Death, Kubler-Ross demonstrates her expertise in the topic of life after death, too.

This work of nonfiction presents four essays from Dr. Kubler-Ross’s time working with dying patients. From these patients, she was able to learn “what life is about.”

On Life After Death provides expert, in-depth research on life after depth, as well as Dr. Kubler-Ross’s personal thoughts opinions about the topic.

You can buy On Life After Death on Amazon.

14. Closer to the Light: Learning from the Near-Death Experiences of Children by Melvin Morse

Historically, children have presented some of the most compelling evidence of life after death. In Closer to the Light, Dr. Melvin Morse presents interviews with hundreds of these children, each of whom was once declared clinically dead.

Dr. Morse theorizes that children more readily remember their afterlife experiences than adults. This is because (according to Morse) children have not yet absorbed our societal ideas about death.

In Closer to the Light, these children share their first-hand accounts of telepathic communication, out-of-body travel, and meeting dead family members, all after death.

You can buy Closer to the Light on Amazon.

15. The Afterlife of Billy Fingers by Annie Kagan

Annie Kagan isn’t a medium, but she has communicated with the dead: her deceased brother, Billy. In The Afterlife of Billy Fingers, Annie shares the true story of how her brother started speaking with her, weeks after his untimely death.

Kagan’s story is one of the most detailed and compelling after-death communication (ADC) stories ever recorded. The story goes beyond the near-death experience to tell Billy’s story of a vivid afterlife.

You can buy The Afterlife of Billy Fingers on Amazon.

Reading About Life After Death

Whether you believe in life after death, near-death experiences, and the afterlife or not, the books above are exciting and rewarding reads. When you read about life after death, you learn more about yourself and how you perceive death.

While death is inevitable for all of us, the way we think about death is deeply individual and personal. Your unique concept of an afterlife is just one of the things that make your experience of death special.

You might find one or more of the books above helpful in your death-acceptance process, or with grieving the loss of a loved one. If you do, it can be useful to share the book with a friend or family member and share your ideas about life after death.