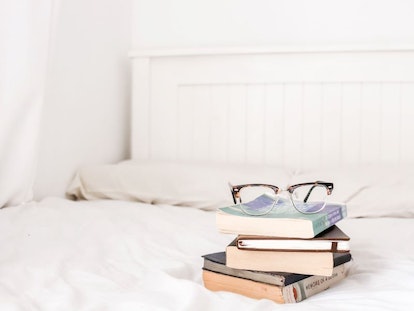 In the world’s quest to understand what happens after death or whether we are reborn to live again, reincarnation has become a popular concept. Embraced by major religions such as Hinduism, Buddhism, and Sikhism, the idea has gained ground in western countries as well.

If the idea intrigues you or you want to learn more about it, read books about life after death to learn about reincarnation thoughts, ideas, and philosophies. Check out several of the best reads that feature this concept to get you started.

The best fiction stories always contain enough of reality to make you feel like you’re living through each chapter right alongside the main characters. These stories will plunge you into a fictional narrative that centers around reincarnation as the main theme.

1. My Name is Memory by Ann Brashares

This book features a man who falls in love with the same woman multiple times — over numerous lives and centuries. From A.D. 500s in Asia to 1972 in Virginia and everywhere in between, the main characters continue meeting up and falling in love.

Though the hero of this story remembers past lives, it takes a special event for the heroine to break through her past and remember all her encounters.

2. Her Past’s Present by Michael Poeltl

Poeltl tells a nearly tragic tale of a young girl swept up in the disappointments of life and nearly crushed by them.

But in a chance encounter with someone who claims to have known her from a previous life, she starts learning the type of lessons only time can teach.

3. The Forgetting Time by Sharon Guskin

Sharon’s debut novel, “The Forgetting Time,” has been hailed as an excellent first entry into the writing world. This page-turner attempts to answer the age-old question of what happens to your spirit when you die and what happens before you were even born.

The story centers on the life of a young boy who clearly knows more than his young age permits and his mother, who searches for answers.

A single mother seeks to understand why her young daughter knows about places and people half a world away.

At her wit’s end, Sylvie’s mother seeks out a well-known psychology professor, and together, all three travel to places formerly unknown to find answers to her daughter’s unexplained knowledge.

If you ever wondered whether animals could talk to us, communicate, or have past lives of their own, you want to pick up this book.

A girl named Hannah and an Australian shepherd named Echo need one another to make it through life. The book features animal reincarnation.

6. The Impossible Lives of Greta Wells by Andrew Sean Greer

After several traumatic experiences, Greta seeks psychiatric treatment. During each session, she learns more about herself and connects with circumstances she may have experienced during previous lifetimes.

Will she untangle the mystery and decide how to live before it’s too late?

7. The Incarnations by Susan Barker

Wang, a taxi driver in modern-day China, starts receiving mysterious letters from someone who claims to have known him from a previous life. The letters reveal details about former lives through the centuries and Wang becomes convinced someone is watching his every move.

This book combines Chinese folklore, history, and reincarnation to form a fascinating story that’s hard to put down.

If you loved the book and movie A Dog’s Life, you’ll enjoy this read from the same author.

This story follows the life of a dog reborn to help his human get through life’s ups and downs. Ideal for dog lovers of all kinds, this book bears no direct connection to Cameron’s first book. You can pick this up without reading the other and enjoy this heartwarming book.

Part mystery, part time travel, and part reincarnation story, this novel draws you in from the very first word. The main character knows more than she should as she grows up around a house that used to be her own in a past life.

10. The Red Lion: The Elixir of Eternal Life by Maria Szepes

This book, once banished from communist Hungary, was secretly printed and reprinted and distributed to the underground. It eventually made its way outside of Hungary’s walls and was printed in Germany and eventually translated into English.

The story tells of an alchemist’s apprentice who murders his master to drink his fabled elixir of life. But far from gaining immortality, the apprentice is instead cursed to die and come back as a different person with all his memories intact. Will he ever learn the lessons required to break the endless cycle of death and life?

For those wanting personal experiences, eyewitness accounts, and true narratives of unexplained events that might be linked to reincarnation, the books in this list are ones you’re sure to enjoy.

11. Many Lives, Many Masters: The True Story of a Prominent Psychiatrist, His Young Patient, and the Past Life Therapy That Changed Both Their Lives by Brian Weiss

This book provides an interesting look at how reincarnation might show itself in the world of psychiatry. If you want to glimpse into the unknown, this book is one you might not be able to put down.

Weiss presents his scientific case study and personal experience with a patient whose experience in therapy ultimately changed his life.

12. Our Ultimate Reality, Life, the Universe, and Destiny of Mankind by Adrian P. Cooper

If you want an easy-to-read explanation on major eastern and New Age philosophies, including topics such as which religions believe in reincarnation, this book should go on your reading list.

The author attempts to explain major philosophies in an understandable, approachable manner for readers who are more familiar with western philosophies about life and death.

13. Where Reincarnation and Biology Intersect by Ian Stevenson

The author compiled this well-written book as a brief overview of the research he did. Stevenson has spent much of his career collecting case files that might contribute to evidence of past-life experiences.

This is not meant to be a book of proof as much as a book of possibilities presented by Stevenson’s years spent as a psychiatrist.

14. The Boy Who Knew Too Much by Cathy Byrd

If you want to dive into the memories of a child who shouldn’t have had them, pick up this page-turning memoir. A child baseball prodigy shares memories of playing baseball in the 1920s and 1930s with greats such as Babe Ruth.

This memoir is consistently well rated, especially by those with a love of baseball and a fascination with the paranormal.

15. Life Before Life by Jim Tucker

An intriguing read, this book explores the memories that children seem to have of past lives. While some memories match up, others don’t.

Tucker spends time exploring where these memories might come from and how children end up with them. Though scientific in nature, findings get presented in a straightforward and accessible manner for all readers to enjoy.

Based on personal experience and the experiences of those she interviewed, Brandon’s book asks how some people seem to be born “aware” of something beyond themselves, an existence that goes beyond time and place.

As one who claims to be “aware,” Brandon encourages her readers to seek awareness as an adult.

The concepts of life after death and life before birth are by no means new ones. Every culture has a philosophy as to what happens to our beings, our souls, and our consciousnesses before we are born and after we die.

Though none of these books offer a proof-positive answer to the question of life after death, each sheds some light on possible answers.