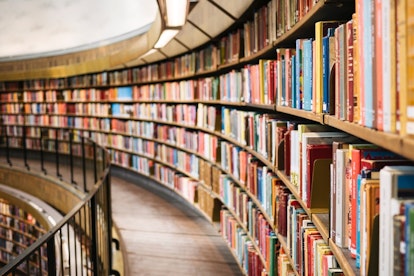 Do you love cozying up with a good book? Some reads are like comfort food, perfect for a chilly evening. But others keep you on the edge of your seat, waiting to find out what happens.

That’s even true for nonfiction. Even if you aren’t waiting for a stunning plot twist, you still crave emotional resolution. That’s what happens in Kalanithi’s wrenching memoir When Breath Becomes Air.

As a brilliant student, Kalanithi was poised to become a successful neurosurgeon. However, during his residency, he was diagnosed with Stage IV lung cancer. His life went on pause. He needed treatment, of course, but what else could he do? The doctors weren’t able to give him a solid prognosis. He could live for a few years, he could live for another decade. No one was sure.

While wrestling with these questions, Kalanithi eventually came to answers. After treatment, he had a child. He went back to neurosurgery. And, he wrote this memoir. Even though he passed away from his cancer, in March of 2015, he still left a powerful legacy in this book. If you’ve read his memoir, and are itching for more, we’ve collected some reads that might be exactly what you’re looking for.

1. Do No Harm by Henry Marsh

When you think of a brain surgeon, what do you imagine? Most people would picture a collected, intelligent medical professional. They always make the right decisions, remain cool under pressure, and always know what they’re doing. Marsh’s book is different. While paying immense honor to the medical profession, he still insists on telling the truth.

You can buy Do No Harm on Amazon.

2. The Last Lecture by Randy Pausch

Being a professor is a career that works its way into your bones. Inspiring and educating young people, and interacting with hundreds of new faces over your career, becomes part of your life. As such, it’s often a tradition for professors to give an address titled “The Last Lecture.” It’s an opportunity for them to reflect and share with students and faculty.

In Pausch’s case, he was a computer science professor at Carnegie Mellon. When he delivered this lecture, he’d recently been diagnosed with cancer. This reflection on mortality and making the most of the time we have is well worth the read.

You can buy The Last Lecture on Amazon.

» MORE: Keep a loved one's memory alive by creating a diamond from their ashes.

3. Tuesdays with Morrie by Mitch Albom

Have you ever had a mentor that changed your entire view of the world? Sometimes, that little bit of experience shared with you can make all the difference. But you can often lose track of them. You graduate from college, or you switch careers, or you move to another state. You lose track of your mentor, and never rediscover them. Fond memories and life lessons are still in your heart, but that’s it.

That happened for Albom. Then, he rediscovered his old mentor during his final months on earth. Morrie passed on thoughts and lessons about mortality, living well, and making your life matter to others.

You can buy Tuesdays with Morrie on Amazon.

This collection of essays was originally published in the New York Times. Diagnosed with terminal cancer, Sacks’ collection was published posthumously. Knowing that he was nearing the end of his life, this collection served as an opportunity for Sacks to wrap up the threads of his life and his career.

He takes advantage of the opportunity to consider his feelings, his life, and those that have mentored him along the way. This is a touching collection that doesn’t shy away from painful, scary feelings about his impending death. But Sacks also recognizes the miracle of the 82 years he has lived, which makes this a bittersweet read.

You can buy Gratitude on Amazon.

5. Being Mortal by Atul Gawande

Life, death, and the experience of being human in between those two milestones is what guides Kalanthi’s memoir. These themes also feature in Gawande’s work, too. His work as a surgeon guides his hand, as he retells the stories of the families he’s come in contact with.

As he recites the history of hospitals and end-of-life care in the Western world, Gawande comes to a realization that mortality is incredibly individual. There’s no one way to approach it.

There are only blurry guidelines for how to cope with our own mortality, and come face to face with it through strength. You can read our full Being Mortal review for more.

You can buy Being Mortal on Amazon.

6. On the Move by Oliver Sacks

As another book by Oliver Sacks, this one is an incredibly detailed memoir. Of course, he cues us into the book’s main themes through the title, and the cover features him straddling a motorcycle. As he tells his story, Sacks decides that only he can choose what defines his life. He’s been shaped by many things, but he gets to examine his life and pick out the primary influences.

When he takes the time to do so, Sacks realizes that his time with patients, guiding them through crisis situations as a neurologist is what has defined his life. Throughout the constant motion of his life, through coast to coast, that service has defined his time on this earth as a human being.

You can buy On the Move on Amazon.

7. Brain on Fire by Susannah Calahan

Human beings are obsessed with questions of identity. Developing a sense of self is, after all, a major psychological landmark. But what can you do when your identity is ripped away from you? What is left when you don’t know who you are? What does that mean about your life?

This book is both a medical mystery and memoir. It chronicles Calahan’s time in the hospital, stricken by a mysterious malady that sent her reeling toward psychosis, catatonia, and death. These questions, written down because of a brilliant diagnosis and cure, are worth pondering.

You can buy Brain on Fire on Amazon.

8. The Middle Place by Kelly Corrigan

Progressing through life, toward the inevitable end of death, comes with certain challenges. Developing into different seasons of life is one of those. Corrigan’s book straddles the line between childhood and adulthood.

Even as an adult with a successful career and two children of her own, Corrigan still feels defined by her father. There seems to be no escaping his shadow. Then, she is diagnosed with breast cancer. Soon afterward, in a cruel twist of tragedy, her father is diagnosed with cancer. Corrigan relates what it’s like to walk the line as a parent and a child, at the exact same time.

You can buy The Middle Place on Amazon.

9. The Diving Bell and the Butterfly by Jean Dominique-Bauby

Some people are defined by the whirlwind of activity around them. Their actions, their wit, it keeps things moving in a whirl of chaotic ambition and fun. That’s what Bauby was like. Then, he suffered a stroke. The only way he was able to communicate was by blinking his left eye. That turned out to be the way he wrote this memoir, through that one ability to communicate.

This book charges through a range of emotions, from anger to sheer joy that he’s conscious and is still able to experience life, even if he can’t participate in it as actively as he used to.

You can buy The Diving Bell and the Butterfly on Amazon.

10. The End of Your Life Book Club by Will Schwalbe

This book was sparked by Schwalbe’s mother. She was diagnosed with a fatal form of pancreatic cancer. From the time of her diagnosis, she had less than six months to live.

That wasn’t much time left with his mom. But mother and son made the most of it, forming their own book club that served to be the foundation of the final months of their relationship.

You can buy The End of Your Life Book Club on Amazon.

This fictional novel focuses on aspects of mortality and control. That’s all we want in life or death, right? To be in control is something many people crave.

It helps us control fear, and move forward in our lives. The protagonist of this novel, Henry, is a neurosurgeon. He knows all about control, within the sterilized confines of the hospital he works in. But the world of other people, out in the real world, is far different.

You can buy Saturday on Amazon.

Life is a tangled web of threads, woven together by you, your children, your ancestors. There’s rarely a straight line when it comes to memories and life.

Tracing the impact that other people have had on you, or vice versa is almost impossible. But that’s what Harding attempts in this novel, through the lens of a man who’s on his deathbed and ready to reflect on his life.

You can buy Tinkers on Amazon.

Who are you, when you can’t remember? If you can’t define yourself anymore, then who can? This book follows a woman who was brilliant, successful, charming.

She seemed to have everything together. But then, she was diagnosed with Alzheimer’s. Wrestling with these questions, and discovering that her worth doesn’t lie in her memory, is the crux of this book.

You can buy Still Alice on Amazon.

Be positive. To someone who lived through Nazi concentration camps, how does that sound?

You can buy Man’s Search for Meaning on Amazon.

If you’re looking for books like When Breath Becomes Air, what do you have in mind? You might be looking for something simple and therapeutic. If so, try looking for children’s books on death.

If you want something that concretely tackles your own loss, investigate books on grief. You use our list as a comprehensive springboard toward a great reading list that can change your life.