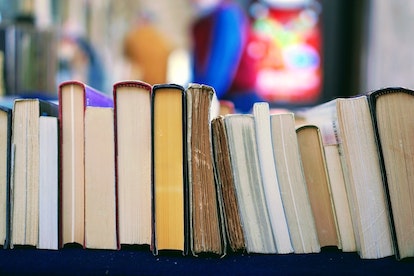 Many writers never successfully publish a book. Some writers manage a balance of luck and skill to get their work published in their lifetime. Other writers see success, but only posthumously, after their deaths.

Some such writers make such a name for themselves that even their unfinished works gain interest after they die. Many life-changing books have been published after the death of their authors. Here we list some of the most notable posthumously published works in literary history.

Author Anne Lamott described every writer’s worst fear as dying before they can polish up a terrible first draft. Writers are often perfectionists who hate to think of being defined by subpar work.

Many of the pieces below were left incomplete because of the death of their author. However, the work itself was still notable enough to warrant publishing.

1. I’ll Be Gone in the Dark by Michelle McNamara

We all have strange things that we fixate on. Michelle McNamara was obsessed with true crime, specifically the case of the Golden State Killer. I'll Be Gone in the Dark explores the investigation of the then-unknown killer who terrorized California in the 1970s and 1980s. It also delves into how preoccupation with the case took over her life.

McNamara died with only two-thirds of her manuscript complete. Her husband and friends came together to finish the book based on her notes and research over the next two years. And two months after the book’s publication, the elusive killer was finally caught.

2. The Girl with the Dragon Tattoo by Stieg Larsson

Stieg Larsson was a celebrated journalist in his native Sweden. He was known for his exposes on far-right radicals.

As a distraction, he penned a trio of gritty crime novels about a young computer hacker with a troubled past, beginning with The Girl With the Dragon Tattoo. He never attempted to publish the books, but they became international bestsellers after his death.

3. A Confederacy of Dunces by John Kennedy Toole

The picaresque novel A Confederacy of Dunces was rejected countless times during Toole’s life. In fact, many believe its failure led to the author’s suicide at age 31.

But determined friends and family kept shopping it around until it was finally published over a decade after his death. In 1981, Toole was posthumously awarded the Pulitzer Prize for Fiction. It’s a bittersweet consolation that he never got to appreciate.

Némirovsky was a Ukrainian-Jewish novelist who perished at the Auschwitz concentration camp at the age of 39. Her daughter Denise managed to flee to safety during World War II but didn’t realize she had the manuscript to this book in her possession.

She assumed it was a diary, and didn’t read it for more than sixty years because she wasn’t ready to confront painful memories of the loss of her mother.

She planned to donate her mother’s notebooks to a French archive and set out to translate them. Then she realized it was not a diary, but a novel in her possession. When it was published, Suite Française became a highly-acclaimed worldwide success. It’s notable for the fact that it was a contemporary novel when written, but a historical novel by the time it was published.

5. The Trial by Franz Kafka

Kafka is notable because the bulk of his work was published after his death. Kafka was deeply self-critical. He published a handful of short stories in various literary publications, but they failed to attract much attention. It is thought that he destroyed as much as 90% of his work without sharing it with people.

In his will, he left instructions that any other writing that was found should be similarly destroyed. His friend Max Brod, the executor of his estate, ignored this directive. Subsequently, Kafka became well-known after his death.

His work shares themes—anxiety, guilt, and alienation among them. This is perhaps unsurprising, as he was a rather anxious and paranoid person. The Trial is perhaps his most emblematic work.

6. The Islands of Chaldea by Diana Wynne Jones and Ursula Jones

Diana Wynne Jones was a prolific British author. She was known primarily for writing fantasy and speculative fiction novels aimed at young adults and children. Her seven-book Chrestomaci series was beloved by children around the world. She also was known for penning the novel Howl’s Moving Castle, which was the basis for the beloved Studio Ghibli film of the same name.

At the time of her death, she was working on a new novel called The Islands of Chaldea. Her sister Ursula Jones, also a published children’s book author, completed the manuscript and published it.

Theodore Geisel (better known by his pen name of Dr. Seuss) wrote some of the best-known children’s books of all time. Daisy-Head Mayzie was the first of his books to be published posthumously. Efforts were made to tie this book to the body of work published while he was alive.

The book is narrated by his iconic The Cat in the Hat character, and it was illustrated to mimic his distinctive drawing style. In 2016, it was republished again. This time, the publication included his unaltered original text and drawings.

Roald Dahl was known for writing darkly comedic novels for kids. His last work, Roald Dahl's Guide to Railway Safety, was actually commissioned by the British Railways Board. It was intended to educate young children on how to enjoy the railway system safely.

Dahl was known for breaking the rules of children’s books with his cynically humorous style. He would have enjoyed the irony of his posthumously published final work being a rule book.

Shel Silverstein was another beloved and prolific children’s book author. He was perhaps best-known for the bittersweet book The Giving Tree.

But he also wrote sublimely silly poetry for kids. Runny Babbit is filled with rhyming spoonerisms that appeal to people with a goofy and childlike sense of humor.

10. The Diary of a Young Girl by Anne Frank

The Diary of Anne Frank has long been a staple of required reading for high-school-aged students. Frank herself had just turned thirteen when she penned these words in her personal diary. Over the next two years, she would document her daily travails.

It is what you would expect the diary of a young teenage girl to look like. There are musings about friendship and suitors. But she also discusses the difficulty of having to live hidden in an attic as a Jewish person during the Nazi occupation of the Netherlands. It remains an effective teaching tool for teens, thanks to its personal sense of urgency.

Books aren’t the only forms of literature that can be released or recognized after the creator’s death. Sylvia Plath, who was known for writing poems about death, received a posthumous Pulitzer Prize. These authors all received accolades for plays and screenplays released posthumously.

11. Gone With the Wind by Sidney Coe Howard

Adapting Margaret Mitchell’s novel Gone With the Wind was no easy feat. The Civil War and Reconstruction-era tome clocked in at over a thousand pages. Howard, an award-winning playwright, did an excellent job adapting the sweeping story into a film.

Sadly, Howard was killed in a farm accident in 1939, months before Gone With the Wind was released in theaters. However, he was posthumously awarded an Academy Award for his adapted screenplay in 1940.

Over a twenty-year time period, Carol Sobieski wrote and adapted over a dozen screenplays. She seemed to gravitate towards stories featuring strong and interesting female characters. She is perhaps best known for co-writing the screenplay for Fried Green Tomatoes with author Fannie Flagg.

Sadly, Sobieski died of liver disease in 1990, over a year before the film was released. However, she was posthumously nominated for an Academy Award for her work on the screenplay.

13. A Tree Grows in Brooklyn by Tess Slesinger

Slesinger was a groundbreaking figure in many ways. In 1932, she published a short story based on her own experience of having an abortion. This was an extremely taboo topic at the time. She was also an open supporter of the Communist Party when she could have been blacklisted in Hollywood for those political leanings.

She co-wrote the screenplay for an adaptation of Betty Smith’s seminal book A Tree Grows in Brooklyn. Unfortunately, she died of cancer at the age of 39, a full year before the film would be released.

Jonathan Larson was a playwright and composer known for exploring social issues in his work. He didn’t shy away from topics like addiction, poverty, and homophobia. He was a rising star on the Broadway scene when he died suddenly of an aortic dissection at age 35.

At the time, his newest work, Rent, was about to open for preview performances off-Broadway. It went on to become a huge hit that ran on Broadway for over twelve years. Its original cast went on to achieve fame and accolades. Undoubtedly, Larson would have gone on to create more great work, too.

Writer and actress Adrienne Shelly was murdered when she was just 40. Sadly, she was on the cusp of having a huge career break.

Her film Waitress debuted at the Sundance Film Festival a year after her death. The movie was such a beloved critical success, that it has now been adapted into a hit musical, too.

Posthumously-Published Books to Read and Enjoy

Many people turn to books about death when they need to examine the issues around mortality. Reading a posthumously published book can have a similar effect. It helps remind us that even when we die, parts of our story can still be told.