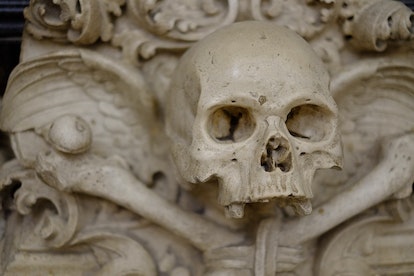 The burial grounds of history are fascinating. Those of us who are drawn to such spots don’t always have a morbid fascination with death. In many cases, these burial spots can teach us quite a bit about the history and cultures that built them.

For example, catacombs are some of the most unique and awe-inspiring burial sites in the world. Some of the more famous even attract hundreds of thousands of visitors every year.

This guide will describe some of their stories, while also providing you with a better understanding of precisely what a catacomb is and the various purposes it might serve.

A catacomb is essentially an underground cemetery. Usually, it consists of corridor-like passages and larger gallery sections. Those who’ve built and maintained catacombs throughout history typically store tombs in recesses along the sides of hallways. Because people often add to catacombs over the course of centuries, they can grow very large.

It’s worth noting that people haven’t always used catacombs merely for burials. In some instances, they might also hold funeral feasts inside the catacombs where they bury someone. Some Christians also performed the Eucharist in catacombs at times. Additionally, because catacombs can get very large and difficult to navigate, some people have used them to hide from persecution. One catacomb on this list will also touch on how various world militaries have also utilized the underground pathways of bones.

» MORE: When grief feels overwhelming, focus on what you can control. Access the post-loss checklist.

Famous Catacombs From Around the World

It would be impossible to touch on every single noteworthy catacomb in a single blog post. However, these are certainly among the most interesting:

Rome’s catacombs are among the most well-known in the world. This is partially due to size. Literally hundreds of miles of catacombs snake beneath the streets of Rome.

Visitors can explore certain sections of these catacombs. However, other sections are not open to visitors, and experts even suspect there may be some areas of Rome’s catacombs that we’re no longer aware of. Perhaps someone will rediscover them one day. That said, for reasons the next section of this entry will touch on, that day might not come soon.

One of the reasons the Catacombs of Rome are so large is simply because different cultures have used them throughout history. Rome’s Jewish community built the city’s first catacombs, which date back as far as the first century. Christians later expanded on them.

The Catholic Church now owns the Christian sections of Rome’s catacombs. Anyone who wants to explore them must first receive permission from the Vatican, which rarely grants it. This is one of the key reasons we haven’t fully explored key sections.

It probably comes as no surprise that a network of catacombs as extensive and old as Rome’s has inspired numerous legends. For instance, an amateur archaeologist fairly recently made the argument that they may be home to the Holy Grail.

He suggests it’s located beneath the Basilica of San Lorenzo Fuori le Mura. However, the Vatican has not yet granted the permission archaeologists would need to explore this area and see if there is any truth to this theory.

The Paris Catacombs aren’t nearly as ancient as Rome’s. Work on them actually began as recently as the late 18th century, making the Paris Catacombs relatively new compared to many others throughout the world.

Their existence came about for a very practical reason. Parisian authorities had become aware of health problems throughout the city linked to its cemeteries. Thus, they decided to protect public health by converting nearby quarries into catacombs and reburying the dead there. As a result, the Paris Catacombs have the largest “population” of any catacombs in the world, at approximately six million.

It didn’t take long for the Paris Catacombs to attract visitors. City officials consecrated the site as the “Paris Municipal Ossuary” in 1786. By 1809, both locals and tourists could make appointments to visit them. They also attracted many famous guests, including Napoleon III, Charles X, and numerous others.

Now you don’t need any special permission to visit the Paris Catacombs. Approximately 550,000 people visit them every single year. On top of that, if you can’t make the trip to Paris, you can take a virtual tour of the Paris Catacombs. This may not be as interesting as seeing them in person, but it’s an option to consider when you don’t have the opportunity to travel.

Catacombs are creepy by their very nature. However, some catacombs are arguably creepier than others. That makes them quite appealing to those interested in dark tourism.

What makes the Capuchin Monastery Catacombs so creepy is the state of the bodies inside of them. Those responsible for preparing the bodies often mummified them to some degree. Thus, some of the bodies are still more preserved than the remains you would find in many other catacombs throughout the world. In fact, one body of a two-year-old girl who died of pneumonia in 1920 is so well-preserved that her body has earned the informal title “Sleeping Beauty.”

The catacombs of Kom al Shoqafa, like Rome’s, are also quite old. Construction on them began in the second century. Despite this, we haven’t known about their existence until fairly recently, when a donkey suddenly fell into the ground in 1900.

This minor accident resulted in a major discovery. These catacombs reach a depth of 35 meters and consist of three tiers of tombs. Archaeologists theorize they originally served as nothing more than a family crypt. However, over time, they eventually took in hundreds of bodies.

The catacombs of Kom al Shoqafa are worth featuring on this list because of their historical and cultural significance. Their architecture clearly reflects the unique style common in Egypt during the time of their construction, and certain decorations within the catacombs feature a blend of Roman, Greek, and Egyptian iconography, giving visitors a glimpse into depictions of death in different cultures.

Plenty of famous catacombs are remarkably large. That said, none are quite as vast and labyrinthine as the Odessa Catacombs. They consist of more than 1,200 miles of tunnels!

The Odessa Catacombs also deserve attention because of their unique function. Like a cemetery or necropolis, we typically think of catacombs as places to store the dead. However, the people of Odessa never used their catacombs for this purpose.

How the Odessa Catacombs got started

During the late 18th century the city of Odessa grew at a relatively fast rate thanks to coquina. This is a sedimentary rock construction teams used to build most of the city’s buildings at the time.

Those who wanted to build palatial homes or other large buildings for themselves thus decided that the easiest way to speed up the construction process would be to create their own coquina quarries. This became a relatively common practice until the various underground quarries throughout the city started to connect with one another. The fact that no one enforced strict regulations on this process is one of the main reasons the Odessa Catacombs are among the most difficult to navigate in the world.

Although the Odessa Catacombs never served as a burial spot, they have played various roles in Ukraine’s history over the years. For instance, visitors can see how one section of the catacombs once served as a nuclear bunker during the Cold War. Additionally, during a WWII operation within the catacombs, two units of a Soviet secret police agency were attempting to sabotage Nazi allies who had occupied Odessa. Tensions mounted and the two groups ended up opening fire on one another.

That said, while the Odessa Catacombs are sure to interest a history buff, anyone thinking about exploring them should be cautious. It’s easy to get lost, and many sections of the catacombs still remain unexplored today. There’s even an Internet rumor about Masha, a young woman who supposedly ventured into the catacombs after a night of partying, but ended up getting lost forever. Although there’s no confirmation this story is actually true, it wouldn’t be difficult for such a fate to befall someone.

Keep in mind that the catacombs on this list are only a few of the most famous in the world. If this blog post has sparked your interest, you should definitely continue researching this topic in greater detail!