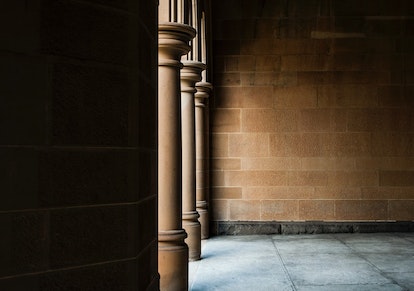 There are many ways to learn about death in different cultures. One of the most useful involves studying how various cultures and societies throughout history have stored the remains of the dead. The way in which people bury (or choose not to bury) others can tell us a lot about not only their feelings about death, but also their historical circumstances, religious leanings, and much more.

You may want to learn more about charnel houses if you find this topic interesting. These unique storage sites for human remains are very different from traditional cemeteries in one key way.

This guide will explain what that difference is and describe some of the world’s most famous charnel houses, a few of which you can visit.

Charnel houses, like ossuaries, consist of the skeletal remains of multitudes of human bodies. The arrangement of these remains can often resemble a form of dark artwork.

Most significantly, you can typically see the remains easily when you visit a charnel house, while you naturally can’t see the remains of someone buried underground in a coffin.

Charnel houses came to be for a simple and practical reason: cemeteries throughout the world started running out of room for new burials. People would thus dig up those they had already buried and store their remains in charnel houses to make space for those who had died more recently.

Although many different cultures and peoples throughout the world built charnel houses at various times, they were particularly common in regions where the landscape didn’t provide much space for burials in the first place.

The purpose of a charnel house also ties into the reasons why people bury the dead. In some instances, people would bury the dead to ensure the body had enough time to fully decompose. Once the proper amount of time had elapsed, they would dig up the bones.

While burying the dead is often an act of respect, it’s also a practical step to ensure bodies decompose in a proper setting, away from the living.

Where Were Charnel Houses Used?

You can find charnel houses throughout the world. However, because Catholic churches were among the most frequent users of charnel houses, many of the most noteworthy are scattered throughout areas of Europe where Catholic influence was strong at various times in history.

That said, as some of the examples on this list will prove, Europe is by no means home to every significant charnel house.

Sinai’s St. Catherine’s Monastery is well-known among Catholics for several reasons. Many believe its location is close to the spot where God appeared to Moses in the form of a burning bush in the Book of Exodus. In fact, some even believe that very bush remains on the property.

However, this isn’t the only reason St. Catherine’s Monastery is relatively famous (or infamous). In the past, the Church would sometimes send monks here as punishment when they transgressed in some way. As these monks began to die, those responsible for burying them discovered the ground’s condition simply wouldn’t allow for proper burials.

They resorted to creating a charnel house instead. This particular charnel house is unique compared to many others. In many cases, those involved in designing and maintaining charnel houses would at least attempt to organize the bones and remains in a slightly decorative manner. At the St. Catherine’s Monastery charnel house, they merely piled them on top of each other.

As the above entry noted, those storing remains in charnel houses often arranged them to look almost like decorations. As a result, a common sight at a charnel house might be a wall featuring seemingly countless skulls stacked on top of each other, staring back at onlookers.

This would be a striking and somewhat disturbing image even if you knew you were going to see it beforehand. It would likely be far more shocking if you didn’t expect to come across it.

Yet, that’s exactly the situation a few people found themselves in when they set out to restore St. Stephan’s Church in 1981.

The church had been around since 1494. It actually sat atop a spot where numerous churches had stood since the 6th century. In the 1980s, members of the church decided to plan a restoration project that would involve adding a basement community center.

They soon learned that wasn’t going to work. When they pulled up the floorboards, they discovered that beneath the church was a charnel house with a wall of skulls 9-feet high and 65-feet long. Not the ideal spot for community gatherings.

Further investigation revealed most of the bones dated back to between the 13th and 16th centuries, around the time construction of the current church was going on. Unfortunately, researchers still haven’t been able to determine what specific purpose the charnel house served, or perhaps more importantly, why anyone kept it a secret for hundreds of years.

It seems the people involved in maintaining Hallstatt Charnel House fully embraced the idea of turning human bones into decorations.

This began in the 18th century. Members of the Hallstatt Catholic Church needed to make room in their nearby cemetery for more bodies. Without the option to expand the cemetery, they began digging up some of the bodies already there to store their remains in a charnel house.

Eventually, family members and descendants of those whose remains the church stored in a charnel house decided that, even if they could no longer have headstones, it was still important that people remember who they were and when they lived.

With this in mind, many started painting dates of birth and death on the skulls of lost loved ones. They would also paint a range of symbols. This has resulted in one of the most visually-striking charnel houses in the world.

It’s also one that you can visit. Keep this in mind if you’re interested in dark tourism.

The charnel house at St. Bride’s Church in London is another one that remained undiscovered for many years. Like many other churches, its grounds have served as home to various churches for centuries.

When construction on one incarnation of the church was occurring in the late 17th century, its designer made the decision to combine two charnel houses and seven Medieval crypts atop which the new church was being built, turning them into one single unit.

Londoners knew about this section of the church for many years. The church actually continued accepting new bodies for the crypts until 1854. That’s when the cholera epidemic prompted Parliament to order that London close all its crypts. The church sealed them and, over time, Londoners forgot about their existence.

This changed in 1953. The London Blitz had resulted in the almost complete destruction of St. Bride’s Church. When reconstruction finally began in the 1950s, a team preparing the site rediscovered the crypts and charnel houses, which feature approximately 7,000 remains arranged in a checkerboard pattern.

This is another charnel house you can visit. You might want to plan a trip if you enjoy browsing Medieval cemeteries and similar destinations.

The church in the relatively small town of Lampa, Peru, is home to one of the world’s most impressive charnel houses: the Tomb of Enrique Torres Belón.

This is also a unique example of a charnel house. While most charnel houses exist because nearby cemeteries had no more space for new bodies, this ossuary was a passion project of its designer.

Enrique Torres Belón was an accomplished architect and an important figure in Lampa. He wanted to know the city’s forebears would surround the remains of him and his wife after they died. Thus, he designed this ossuary for himself and his wife. It has a silo shape and its walls feature hundreds of skulls and bones exhumed from nearby cemeteries. A marble cross at the bottom creates a lighting effect that results in eerie shadows. Additionally, the top of the silo’s dome features a replica of Michelangelo’s Pietá.

Charnel houses may technically exist to serve a functional purpose. However, as these examples prove, they can also provide us with a stunning glimpse into the way various cultures have treated their dead.