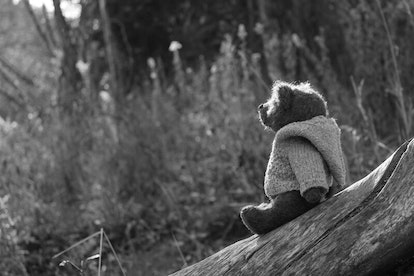 Coping with death can be a struggle for anyone, but it can be especially difficult when you’re a child who’s lost a parent. A parent’s death may be a child’s first introduction to loss. The fact that the person they lost is the one who would normally help them make sense of their new feelings adds extra weight to an already painful experience.

While they may not be able to address all the emotional challenges a child faces after losing a parent, children’s books about death can in some way provide a child or teenager with a source of comfort and wisdom during this difficult time.

Consider the following examples. They’re among the most useful and moving children’s books about the death of a parent you’ll find.

Books for Toddlers That Deal With the Death of a Parent

Teaching toddlers about death isn’t easy. However, these books can make a difficult task less challenging than it might otherwise be.

Be aware, though, it’s likely most toddlers will need an adult to read these books to them. That’s as it should be, since an adult can help explain to them the complicated issues the books address.

Cancer Hates Kisses is a particularly moving book because its author wrote it as a means of learning how to discuss sensitive topics with her own child when she received a diagnosis of breast cancer four months after giving birth. While most of the books on this list involve children coping with their feelings after losing a parent, this one focuses on how children can manage their feelings when they learn a parent may potentially die soon.

2. Wherever You Are My Love Will Find You by Nancy Tillman

This book doesn’t directly address death. However, it touches on the idea of the death of a parent symbolically by describing how, although it can be painful when a parent and child must be apart, the strength of their love can help them both find joy and peace.

3. I Miss You: A First Look at Death by Pat Thomas

I Miss You: A First Look at Death isn’t specifically a children’s book about the death of a parent. It’s about death in general. However, it deserves a spot on this list for the way in which it gently but thoroughly introduces very young children to the ideas of death, grieving, funerals, and more.

Saying Goodbye to Daddy, about a young girl facing immense grief for the first time in her life after her father dies in a car accident, beautifully illustrates how those who share in our grief can help us overcome it.

5. Missing Mommy: A Book About Bereavement by Rebecca Cobb

Missing Mommy in many ways serves the same purpose as Saying Goodbye to Daddy. As the title implies, the main difference is that this children’s book about death focuses on losing a mother. Like Saying Goodbye to Daddy, it addresses the various new and frightening emotions a child experiences when they lose a parent, and the way those who love us help us cope with those emotions.

» MORE: Loss is never easy. Learn the next steps to take with this comprehensive checklist.

Books About the Death of a Parent for Elementary-Aged Kids

These children’s books about the death of a parent are for slightly more mature readers who may be able to read them on their own. You may want to keep them in mind if you’re looking for gifts for children who lost a parent.

6. The Remarkable Journey of Coyote Sunrise by Dan Gemeinhart

After a car accident claims the life of Coyote Sunrise’s mother and two sisters, she and her father embark on a road trip across America. Through their adventures, Coyote discovers herself and learns to move forward in life with a renewed sense of hope.

This book is also somewhat unique in that it addresses an experience some children unfortunately have when a parent dies. The parent who’s still alive may also be experiencing overwhelming grief that prevents them from offering the support the child needs after such a loss. Instead, in some instances, it’s up to the child to learn on their own how to conquer their pain. Learning such a lesson isn’t easy. However, it can be empowering.

7. The Canyon’s Edge by Dusti Bowling

This is another young reader novel that teaches kids they themselves have the power to cope with the loss of a parent. Like The Remarkable Journey of Coyote Sunrise, it tells the story of a young girl and her father setting off on an adventure a year after the girl’s mother died in a random shooting.

However, during their trip, disaster strikes, leaving the girl to fend for herself in the Arizona desert. To save both herself and her father, she must use the inner strength she didn’t know she had. In doing so, she also finds the strength to face the future with courage.

8. The Boxcar Children Beginning: The Aldens of Fair Meadow Farm by Patricia MacLachlan

This prequel to the popular Boxcar Children series highlights how death can come suddenly and without warning. While overcoming the pain that comes with such major and unexpected life changes isn’t easy for a child, it is possible.

It’s not uncommon for children’s books about the death of a parent to teach children about a range of complicated and sensitive topics.

Consider the example of The Red Pencil. This book explores genocide, living as a refugee, and numerous other subjects that kids need ways of learning about. It’s also simply a beautifully told story about a young woman struggling with immense tragedy while dreaming of getting an education.

10. Why Did You Die?: Activities to Help Children Cope with Grief and Loss by Erika Leeuwenburgh and Ellen Goldring

Most of the books on this list are storybooks and novels. This book, however, offers a series of practical activities kids can work through to help them manage their feelings when a loved one dies.

Teenagers who’ve lost parents may not find much value in children’s books about the death of a parent for younger readers. They may instead prefer these young adult (YA) selections:

11. A Day No Pigs Would Die by Robert Newton Peck

This semi-autobiographical YA novel doesn’t merely address the death of a parent. Although that’s one of the book’s main plot points, it deals with a range of struggles and experiences young people face as they come of age. It also gives young readers a glimpse into the realities of rural farm life, allowing them to learn about a lifestyle that may be foreign to them.

In this novel, a young teen girl struggling to cope with her father’s death learns that it’s possible to move on without forgetting the person you’ve lost. In fact, doing so may just require opening your heart to others. It’s an ideal book if you’re looking for something that explores the complex emotions involved in losing a parent as a teenager.

13. Torn Away by Jennifer Brown

The teen girl at the heart of this novel doesn’t just lose a parent. The tornado that claimed her mother’s life also took the life of her sister, destroyed her home, and left her town devastated.

She now has almost nothing, trying to adjust to life with a family she barely knows. Eventually, she comes to realize that she must rely on herself to overcome the numerous tragic losses she experienced in a single fateful day.

14. The Boy in the Black Suit by Jason Reynolds

The protagonist of this YA novel is struggling to cope with the loss of his mother. However, his job at a funeral home exposes him to others also struggling with grief.

When he connects with one particular girl who’s gone through even more than he has, he learns a valuable lesson: those who’ve experienced loss can help each other move on by supporting one another.

15. 37 Things I Love (in no particular order) by Kekla Magoon

Most of the books on this list address either the sudden loss of a parent or the expected (but still painful) loss of a sick parent. This entry is unique.

It tells the story of a teen whose father winds up in a coma after a work-related accident. Eventually, the young girl’s mother tells her it’s time to take her father off life support. These are very complicated ideas for a teenager to have to tangle with directly, and the novel explores them with maturity and honesty.

Children’s Books About the Death of a Parent: Offering Kids Comfort

Again, no book can completely erase the pain that losing a parent as a child or teen involves, but they can help a child realize they’re capable of finding the strength to move on. Additionally, if you’re looking for books to read on Children’s Grief Awareness Day, these are all great options to consider.