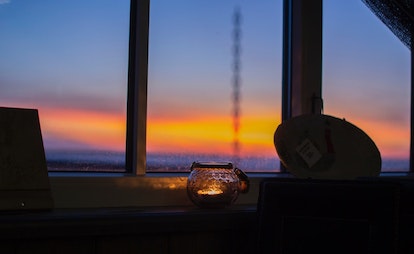 If you're looking into civil funerals, you might have attended a funeral where you felt the ceremony didn’t properly honor the person whose life you were supposed to celebrate.

That’s why some people choose to arrange civil funerals. They may make this choice for themselves during end-of-life planning, or they might make it for a loved one who has passed on if they believe it would be their wish.

Are you attending a civil funeral soon? Or, are you considering planning one? If so, this guide will help you better understand the concept.

What is a Civil Funeral?

The Institute of Civil Funerals, based in the United Kingdom, originally established the idea of a civil funeral. According to the organization’s own definition, a civil funeral is “A funeral driven by the wishes, beliefs, and values of the deceased and their family, not by the beliefs and ideology of the person conducting the funeral.”

Professor Tony Walter, Center Director of the Center for Death and Society at Bath University, provided the specific language for this definition.

That’s because civil funerals can touch on spirituality if it seems appropriate to do so. They typically don’t focus on any specific religions, but if spirituality played an important role in the life of the deceased, a civil funeral can acknowledge this.

That’s usually not the case during a humanist funeral. As you may have guessed, the philosophical belief we call humanism inspires the essential nature of humanist funerals.

Humanism rejects the idea of gods or afterlives. Like many philosophical beliefs, humanism’s main purpose is addressing the meaning of life. People who have religious or spiritual beliefs may naturally turn to their gods when defining the significance of being alive.

Humanists don’t. Instead, they believe that the purpose of anyone’s life is to simply be happy (without harming others) while they are alive—instead of living in a manner they hope will secure them happiness after death.

One of the key reasons for a civil funeral is to center the focus of the funeral around the deceased, not the officiator. Sometimes people feel other types of funerals place too much emphasis on the religion or cultural values of the person officiating the funeral. This can take attention away from the actual person whose funeral you’re attending.

Thus, civil funeral celebrants have important responsibilities during these types of ceremonies. They include the following:

What Happens During a Civil Funeral?

A civil funeral’s main purpose is to focus solely on the deceased. That means the specific details of what occurs at a civil funeral vary on a case-by-case basis. All major elements, such as the songs and readings, should correspond with the life and character of that person.

However, there are certain elements and steps that civil funerals often (but not always!) involve, such as:

Etiquette at a Civil Funeral

That said, the following general funeral etiquette tips will help you behave in a respectful manner at virtually any civil funeral:

Organizing a funeral is a difficult process. The loved ones planning the funeral need to do a lot of work while experiencing major emotional stress. Because of this, you don’t want to bombard them with questions when they have so many other tasks to handle.

That said, it’s still a good idea to reach out ahead of time and ask if they have any requests about behavior/dress at the funeral (assuming they haven’t provided this information already). Consider sending them a short email to check if they have such requests, but also that you entirely understand if they don’t have the time to respond. They will respond if these issues are very important to them. If they don’t get back to you, business casual is a safe bet.

Everyone has their own way of mourning. You need to manage your mental and emotional health when grieving someone you’ve lost. However, you also need to remember that a funeral serves to honor someone who has died. The ceremony isn’t about you or your beliefs. Thus, do your best to mourn in a way that doesn’t conflict with the way those who organized the funeral want you to behave.

For example, if you’re a religious person attending a civil funeral for an atheist, you can pray, but you shouldn’t do so in a way that suggests others need to pray with you, and you certainly shouldn’t judge anyone for not mourning in a way that aligns with your standards.

Civil funeral Celebrants have difficult jobs. If you feel a Celebrant has done their job particularly well, consider letting them know. Let the organizers know too.

They’ll be happy to know they worked with someone whose efforts satisfied not only them, but also the guests they invited to the funeral. While you don’t want to take too much attention away from the individual whose funeral you’re attending, it’s appropriate to acknowledge the hard work others put in to make the ceremony happen.

Civil Funerals: Focusing on a Person

A civil funeral may be ideal for one individual while being the absolutely wrong choice for someone else. Hopefully, however, this entry has helped you better determine whether it’s the right option for you or a loved one.