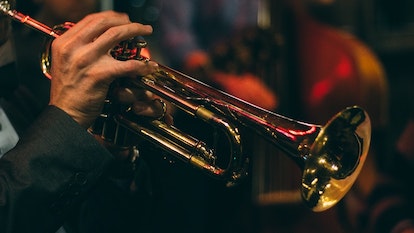 Death is one of the few human experiences that’s truly universal. All people die. Because of this, it comes as no surprise that death has played an important role in virtually all world cultures since the dawn of civilization.

It still does. Anyone who’s ever attended a funeral has participated in a cultural death ritual.

While it’s impossible to cover all the interesting death rituals from throughout the globe in a short read, well cover a few interesting examples in this article. They’ll help you better understand just how unique a given culture’s rituals can be.

The term “sky burial” is something of a misnomer. A sky burial isn’t actually a burial at all.

Tibetan Buddhists practice this ritual. When someone dies, instead of burying the body, they’ll place it in a special outdoor spot and cut it up. Then they allow birds to devour the remains.

This ritual serves many purposes. From a practical perspective, it offers an effective means of body disposal. Spiritually, Buddhists believe allowing birds to eat the body allows the soul to depart. It also acknowledges the circle of life, as a once-living person now serves as food for other living beings.

Various cultures throughout the world have annual traditions that serve almost as celebrations of death. DÍa de Los Muertos, or Day of the Dead, is one of the more well-known.

Many people in Mexico and parts of Central America participate in Day of the Dead festivities on October 31 through November 2 each year. The celebration’s roots involve the belief that the spirits of the dead return to our world from the afterlife during this time. Thus, many celebrating Day of the Dead honor these returning spirits with shrines and gifts. They may also use this time to visit the graves of loved ones.

Day of the Dead isn’t only about remembering those who’ve already passed on. During the celebration, death-centric iconography plays a prominent role. People dress as skeletons, sell skeleton figurines, set up death-themed decorations, and in some cases, even put on performances about death.

Learning about death rituals can help us better appreciate the way overall ideas about death in different cultures can vary.

Consider the way the Torajans of Indonesia mourn lost loved ones. According to their beliefs, death is a gradual process. What you might think of as the moment of death is, to them, an illness.

This belief influences the nature of Torajan funerals. For weeks or months, which is how long it can take a family to raise money for a funeral, the body of a deceased loved one stays at home with the family. During this time, they continue to speak with it and tend to it as if their loved one was still alive. There are even some cases where bodies have remained with families for decades!

It takes Torajan families a very long time to raise money for funerals because their funerals are massive affairs. They can last three to five days and involve a large public funeral procession in which the family must sacrifice at least one water buffalo.

When the last sacrificial water buffalo takes its last breath, only then is the deceased truly dead in the eyes of a Torajan family. They also believe that the more water buffalo they sacrifice during the funeral, the faster their loved one’s soul will travel to a happy afterlife.

Did you know we even have some remarkable death rituals in the US?

For example, the New Orleans jazz funeral combines elements of public mourning, musical performance, and traditional religious practices, resulting in a funeral that’s far more joyful than many others.

A New Orleans jazz funeral usually begins at a church or funeral home. From there, a procession of mourners escorts the body to the cemetery.

Musicians will perform during the procession, usually playing mournful tunes like “Nearer My God to Thee” on the way to the cemetery, and switching to more upbeat pieces like “When the Saints Go Marching In” on the way back.

West African, African American, and French traditions also influence the nature of the jazz funeral. It serves as an example of the way death rituals can develop as a result of many cultures mixing.

It’s becoming increasingly common for people to make jewelry or diamonds with the ashes of their deceased loved ones. This allows them to keep part of the deceased with them at all times and in all places.

However, this practice is even more common in South Korea. It’s a death ritual that started in part out of necessity.

Burial space is limited in South Korea. Because of this, the country passed a law in 2000 requiring those burying loved ones to arrange for the removal of their graves after 60 years. This ensures there will be space for new graves.

The increased popularity of cremation has also yielded increased popularity in creating multicolored “death beads” with the ashes of loved ones. That said, most Koreans choose not to wear these beads with jewelry. Instead, they keep them in special dishes or containers in their homes.

Although it’s possible to find unique coffins throughout the world, in many cultures, families usually choose to bury lost loved ones in traditional coffins that resemble the type you’d expect to see at any common funeral.

That’s not the case in Ghana. In Ghana, people often design “fantasy coffins” whose shapes represent either the job the deceased had in life, or something about which they were passionate when they were alive. The results are genuine works of art in many cases.

They also ensure a funeral highlights the true personality and character of the deceased. For example, sometimes a coffin’s shape is that of a very large Bible, reflecting a person’s religious beliefs. In another instance, the family of a prominent businessman decided to place his body in a Mercedes-Benz-shaped coffin.

The Famadihana ritual from Madagascar may seem particularly unique if you think of burying someone as the last time you’ll ever see their physical body.

This death ritual is common among Madagascar’s Merina tribe. Every 5 to 7 years, members of the tribe will exhume the bodies of their loved ones, removing their old burial shrouds and wrapping them in new ones.

That’s when the celebration truly begins. After removing the body and rewrapping it, loved ones will essentially party with it. While participants drink and speak amongst one another, many will also take turns dancing with the body.

The festivities last until sunset. Then, they return the body to its tomb.

As with many death rituals from world cultures, Famadihana tells us a lot about the beliefs of the Merina people. Although they believe in an afterlife, they don’t believe a person’s soul actually reaches it until their body completely decomposes. In the meantime, they’re essentially in a state between life and death.

Thus, the Merina people sometimes remove their loved ones’ bodies to spend time with them until their souls depart. They also do so because they believe that, being between life and death, they may have the power to intervene in events in the world of the living on behalf of their loved ones.

The Philippines’ significant regional diversity results in significant cultural diversity as well. Thus, Filipino death rituals also serve as examples of the way rituals can vary immensely even within a single country.

For instance, many Cavite people allow loved ones to choose trees in which to be entombed after their death. When they die, their family members will entomb them vertically in the hollowed-out tree of their choice.

People in the Sagada region approach disposing of bodies differently. They sometimes hang coffins from cliffs, believing this brings souls closer to the afterlife. In some instances, the Benguet people even blindfold the bodies of deceased loved ones and seat them in chairs outside their homes.

These examples of rituals are by no means the only unique and interesting death rituals worth learning about. However, they do remind us that while our specific death rituals may be different from each other, almost all of us place major importance on them.