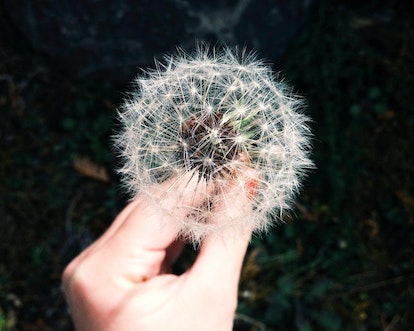 When the end of your life arrives, you may realize that there are things you wanted to accomplish that you were never able to. Many people make bucket lists in order to resolve any unfulfilled desires in their lives. But no matter how much you try to live your life to the fullest, you may find yourself with a dying wish.

You aren’t alone in this. Many people have dying wishes that they hope are honored.

Here, we’ll delve into some memorable dying wishes from famous people. We’ll also talk about some of the more famous examples of dying wishes portrayed in books and onscreen.

Famous people know how to get attention. Even something like a dying wish can be unusual and worthy of attention. There have been famous wills left behind by well-known people. It only makes sense that a celebrity’s dying wishes would also attract scrutiny. Here is a roundup of notable dying wishes from notable people.

Though this author died in 1963, his works remain required reading to this day. His dystopian novel A Brave New World remains especially relevant. Huxley was a proponent of psychedelic drug use and wrote about his experiments with them. On his deathbed, he was unable to speak due to advanced laryngeal cancer.

He wrote a note to his wife asking her to give him an intramuscular injection of LSD. She agreed and then gave him a second injection an hour later. He died that day, under the influence of LSD. Despite his rather unconventional manner of death, news of it was overshadowed by the assassination of John F. Kennedy on the same day.

While Baur isn’t a household name, the organic chemist was responsible for an extraordinarily well-known product. He was instrumental in designing and patenting the iconic can for Pringles potato chips. He also developed the method for creating the chips that would stack so neatly in the can. Before he died, he expressed his wish to be buried in a Pringles can, as the brand was such a major part of his life and career.

His children honored this wish, though some of his cremains were held aside for family members. But the remaining ashes were buried. Most were buried in a cremation urn, but a portion was indeed placed in a Pringles can which was buried alongside it. Ed Headrick, the inventor of the Frisbee, had a similar dying wish. Frisbees, however, aren’t as simple of a vessel as a Pringles can. His innovative heirs ended up having some of Headrick’s ashes pressed into a plastic Frisbee to fulfill his last wish.

Tip: If you're looking for something very unique for a loved one's ashes (think a game, their motorcycle, or instrument of choice), you can custom order an urn from a store like Foreverence. You submit a design idea or sketch, then the company designs and 3D prints your urn, so you get a 100% unique container.

Most people wish to be remembered long after they die. Novelist Charles Dickens was not one of them. In his will, he left strict instructions that no monument be erected of him after his death. In his words:

"I conjure to my friends on no account to make me the subject of any monument, memorial or testimonial whatsoever. I rest my claims to the remembrance of my country upon my published works."

Nearly 150 years after his death, a statue was erected of him in his hometown for the first time. But his descendants supported its installation, claiming he would have had no way to know how enduring his legacy would be.

The prolific rapper had a line in his song “Black Jesus” that his last wish would be for people to smoke his ashes. Friends of his took that lyric very seriously.

Members of his hip-hop group The Outlawz say they sprinkled some of his ashes into a joint and smoked it in his honor at a memorial for him. Shakur’s mother was even present for this memorial.

Jack Benny was a comedic entertainer who found success on the vaudeville circuit, as well as on radio and television. He was married to his wife (and frequent radio so-star) Mary Livingstone, for nearly fifty years. Though the two had a tempestuous relationship, he made one final loving gesture towards her as his dying wish.

He made provisions in his will for a florist to deliver a single red rose to his widow every day for the rest of her life. The florist fulfilled his wish, and Livingstone continued to receive a flower every day until her death eight years later.

» MORE: What do you do when a loved one dies? Get your survivor's checklist.

They say that truth is stranger than fiction. But fiction can also do a great job of representing the truth. Books, TV shows, and films are often very relatable because they portray events that could happen in real life. They can also offer dramatized versions of real-life events.

Here are some dying wishes (both real and fictional) as portrayed in pop culture properties.

This 2009 comedy film portrays a complicated relationship between high school friends who have grown apart. The one thing they have in common is a deep and abiding love for Star Wars. One friend, Linus, proposes an idea they had as children: to go to Skywalker Ranch and steal a rough cut of the next film in the series. The more mature Eric declines.

Then he discovers that Linus is dying of cancer and likely won’t survive until its release date. The two of them with some other childhood friends embark on a road trip to steal the film. Overall, it depicted how to say goodbye to a dying friend.

The film itself was mired in controversy and received mixed reviews. But it’s especially memorable due to some cases of life imitating art. In December 2015, Daniel Freeman was dying of cancer. A viral Twitter campaign spread thanks to supporters who wanted Freeman to be able to watch Star Wars: The Force Awakens before he died.

Director J.J. Abrams helped arrange a private screening for Freeman with a rough cut of the film. Then, in November of 2019, a hospice in the U.K. tweeted about a patient of theirs who wouldn’t survive to see Rise of Skywalker. His dying wish was to see it with his young son. They even got the support of actor Mark Hamill. Disney CEO Bob Iger saw the messages and was able to arrange a private screening for the patient before he died.

7. Molly from Brunch and Other Obligations

In this debut novel, Suzanne Nugent tells the story of three women who reluctantly meet for brunch once a month for an entire year. This isn’t their idea, as they don’t actually like one another all that much. The only thing they shared in common was their friend Molly who died at age 34.

After Molly’s death, her mother tells the three women that it was Molly’s dying wish for them to meet up under these circumstances. Molly also left behind cryptic notes and strange gifts for each woman. Over the course of the year, their own relationships with one another flourish and evolve. It shows that even when people we love die, they have their own way of looking out for us.

In this mystery novel, a single mother named Kelly Pruett inherits her late father’s private investigation business. He left a message with his last wish, that if a woman named Georgette Hanson ever came to her for help she should do whatever she could, no questions asked.

Less than a year later, Georgette Hanson comes for help looking into her daughter’s death. Kelly ends up getting sucked into a dark and gritty underworld. She must determine whether fulfilling her dad’s last wish is worth the danger that comes with it.

This heart-wrenching film was based on a true story. Philomena Lee became pregnant as an unwed teen in Ireland in 1951. Her father sent her to a convent to give birth in secret, where she was forced to sign adoption papers. The convent sold her son to a wealthy American family.

Almost fifty years later, she met a journalist who helped her locate her long-lost son. Along the way, they had to fight the church for any access to information. Sadly, they discovered that her son had died of AIDS eight years before they located him. But they also learned that he had gone to the convent to try and find her before he died.

Per his wishes, his partner had had him interred at the convent’s cemetery as he had hoped his mother would one day find his grave. Ultimately she did, which brought a sense of closure, albeit bittersweet.

This is an interesting dying wish because it didn’t actually originate with the man who made it. Inception is a film set in a world where certain people can infiltrate dreams and steal information from them. In the film, one team is enlisted to try and plant an idea in the mind of a dying man.

Maurice Fisher runs an energy company that threatens to become a superpower. A competitor wants him to dissolve his company before he dies. The plotline has unexpected emotional heft though, as Fisher’s dying wish ends up granting some closure to his estranged son.

At the end of a person’s life, they may realize they have some unfinished business. It’s always worth asking what you would do if tomorrow was your last day. Being cognizant of the fact that we have a limited time on the planet can help motivate us to work on achieving all of our goals.

For the things we can’t accomplish, friends and family can hopefully help make our dying wishes come true.

If you're looking for more legacy resources, read our guides on legacy letters and legacy projects.

And if you're looking for a unique way to keep a loved one's memory alive, consider a memorial diamond created from ashes. Some companies, like Eterneva, create lab-grown diamonds and allow you to pick from several cuts and colors for your gemstone.