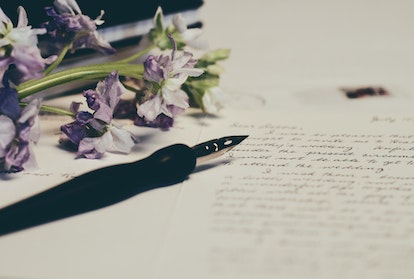 Everyone has a favorite uncle. Maybe yours was the cool uncle who was always much more trendy than your dad. Maybe your favorite uncle was the life of the party. Perhaps he was always quick with a joke, and always carried his juggling balls with him wherever he went.

Regardless of what kind of relationship you had with your uncle, writing his eulogy takes special care. The rest of your family may depend upon you to find the right words to sum up your uncle’s life in a three to five-minute speech.

How do you put a relationship into words? Maybe you are staring at a blank computer screen, not sure where to begin. Perhaps you are starting your writing process by looking up quotes for a eulogy. Maybe you wish that all you had to worry about was your funeral attire instead of coming up with the right words to describe someone you loved.

Let us help. Here are some things to consider when writing the eulogy for your favorite uncle.

Step 1: Talk with Others Who Knew Him

You may feel that you knew your uncle really well, but often we are only privy to one part of our family members’ lives. What kind of friend was your uncle? How would his co-workers describe him? Was he active in his community or a religious organization? How would those his neighbors describe him?

Even though the person writing the eulogy should not be tasked with discussing every facet of a person’s life, talking with others who knew your uncle well may help you determine the theme for your speech.

Step 2: Learn Details About His Life

A eulogy isn’t the same as an obituary, but you may be able to gain insight into your uncle’s life if you learn about some of his background. You probably already know where, when, and how your uncle spent his formative years since he’s part of your family.

Make sure to ask the older members of your family to describe what your uncle was like during his childhood or teen years.

Did your uncle serve in the military, go to college, or move away from the family? Maybe you know about his career as a history teacher, but did he have any other interesting jobs or hobbies that may have helped form the person he was as an adult?

Families often uncover exciting stories of their loved ones after they die, sometimes by going through their belongings or talking with others who knew them in other aspects of his life. See if you can uncover any pertinent details to share with others at the funeral.

Step 3: Think About Your Own Memories of Your Uncle

Think of your interactions with your uncle. Out of all the time you spent with the man, is there a particular interaction that stands out as being particularly meaningful? Why were you asked to write the eulogy? Did your uncle help you out in some way? Is it time to make a public declaration of how your uncle assisted you with your life?

Maybe you’re sensitive to painting your uncle in too much of a glowing light if your own father is attending the funeral. If this concerns you, maybe it’s time that you pull your father aside and tell him how much you love and admire him as well.

Step 4: Think of a Theme for the Eulogy

Writing a proper eulogy takes skill and thought. Instead of including a disjointed group of memories or a list of meaningless accolades, why not come up with a theme that perfectly describes what your uncle meant for you and the others who knew him?

Perhaps your theme for the eulogy can be a personality trait that you can describe by sharing a series of stories.

Maybe sharing your uncle’s background will allow others to see the complete picture of a complicated man. It could be that your uncle would have preferred that you use the time to share the story of his faith.

Once you have the theme, write a clear introduction, supporting statements, and then a conclusion. Yes, this is the same format you probably used when writing essays for your English class in high school. Congratulations, you finally found a practical use for writing a formal essay.

Although the entire speech is important, spend time on the introduction. You may consider starting with a story, a quote, or one of your favorite memories. Make sure to take a moment to explain who you are and how you are related to the deceased.

Otherwise, those in attendance will focus on trying to figure out who you are instead of paying attention to your carefully crafted words.

Step 6: Have Others Check the Eulogy Before You Give It

Most of us are not full-time speechwriters, and even if you are, you probably aren’t tasked with writing a eulogy every day. Since it is perhaps one of the most important tasks you have ever been assigned in your life, make sure you have someone check it for grammar and content.

Having others check for grammar errors protects you from humiliation. It can also protect your departed uncle’s memory from being dragged over the coals. Perhaps you don’t mean to tell a story about your uncle that puts him in a negative light, but sharing specific memories may not be in good taste.

Telling an inappropriate story at someone’s funeral could have lasting consequences, and the damage cannot be undone.

Share your health, legal, funeral, and legacy decisions with your loved ones.

Eulogy Examples for an Uncle

Here are some examples of text you can use for your uncle’s eulogy. We all know what to expect at a funeral, but perhaps you have never given a tribute before now.

Whether you are a niece or a nephew, consider using some of these intros, phrases, and conclusions in your own speech for your uncle’s funeral.

Examples from a niece

My name is Mary Smith, and I am honored to speak about my dear Uncle Todd today. Before I continue, I would like to offer my sincere condolences to my Aunt Barbara and my cousins Fred, George, and Molly. On their behalf, I would like to thank you all for coming to support our family during this difficult time.

My earliest memory of my Uncle Ted was of him chasing me around the house when I was a toddler. Grandma would get so annoyed when Ted would cause such a ruckus in the house, but my cousins and I loved it. Uncle Ted continued to rile up each new generation of kids with his shenanigans. In fact, he was the life of the party within all his groups of friends.

Irving Berlin said, “The song is ended, but the melody lingers on.” This quote reminds me of Uncle Mike. Even though he is no longer with us, we were all blessed with his presence in our lives. He will live on through our stories and memories.

My Uncle Ryan had an amazing life. He grabbed the bull by its horns, set goals, and made things happen. That’s why he was a successful entrepreneur, a fantastic family man, and a leader in his community. Even though he is known for his accomplishments, I would like to tell you about another side of Uncle Ryan today. He was one of the kindest and most gentle men I’ve ever known.

Examples from a nephew

My name is Brian. And even though Chris was technically my uncle, he was more like a father to me. I have been asked today to share a few memories of Chris, and even though this is one of the hardest things I’ve ever been asked to do, I want you all to know exactly how important this man was in my life.

One of the most important traits of my uncle was his tremendous faith. He had many struggles in his life. He lost his father at a young age, and he saw his friends killed in battle during Vietnam. Through all his pain and suffering, he was always quick to share some of his favorite scripture from Jeremiah. “For I know the plans I have for you,” declares the Lord. “Plans to prosper you and not to harm you, plans to give you hope and a future.”

Thank you, again, for being here today to support Aunt Susan and the rest of the family. We would love to hear your favorite memories of Uncle Peter. He meant the world to us, and we would like to know about the joy he brought to others’ lives too.

Uncle George and my dad grew up in a small town in Iowa. Even though they moved out of the Midwest as teenagers, those small-town values were a part of their personalities for the rest of their lives. Uncle George was extremely welcoming and polite. In fact, the first time I introduced my girlfriend to George, he gave her a big bear hug and welcomed her to the family.

Finding the Perfect Words for Your Uncle’s Eulogy

Don’t worry about using the perfect words at your uncle’s funeral. Those in attendance will know that you are in mourning, and they aren’t expecting a speech that will go down in history. They will understand if you have to pause periodically to get your emotions under control.

More than anything, people want to know that the person reading the eulogy is speaking from the heart.