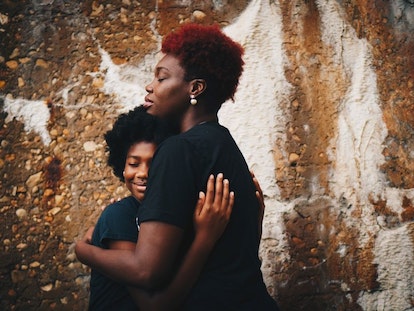 No one ever wants to face the task of planning a funeral for a daughter or daughter-in-law. It may feel surreal having to choose funeral items for someone who should have died after you.

Keep reading to get funeral poems for a daughter’s funeral. Some of the poems would be appropriate to print in the funeral program and others could be read by a sibling, uncle, or officiant. But we also included poems on our list that will assist you in processing your feelings.

Funeral Poems for a Daughter from Mom

The mother/daughter bond is deep, and you may feel as if you’ll never be the same after experiencing the loss of your child. Here are some poems about those who experienced similar challenges.

1. “After great pain, a formal feeling comes —” by Emily Dickinson

Emily Dickinson wrote a lot about death. Unfortunately, much of her work never saw the light of day until she died. Dickinson’s work has a feminist voice, which your daughter may have appreciated.

You may feel so lost after the death of your daughter that you find yourself sinking into a quiet life. This poem describes that feeling. It begins, “Since I lost you, I am silence-haunted.”

This complicated poem has perfect moments. One couplet reads, “You are taking parts of us into places never planned/you are going far away with pieces of our lives.” Adrienne Rich was an influential, modern, feminist poet. She died in 2012.

4. “Nothing Gold Can Stay” by Robert Frost

This often-quoted poet may have been a favorite of your daughter’s. It may also reflect how you are feeling about losing her.

It’s hard to put the devastating sadness that accompanies grief into words. This poem describes it in several different ways. One example includes, “Your name was the thread connecting my life; now I am fragments on the tailor’s floor.”

6. “When Death Comes” by Mary Oliver

Did your daughter live with a zest for life? Did she seek new experiences and find amazement in even the simplest things? This poem is written from the perspective of someone with those characteristics who is facing death. The speaker completes the poem by saying, “I don’t want to end up simply having visited this world.”

» MORE: The days may pass but the memories never will. Get the post-loss checklist to honor your loved one.

Funeral Poems for a Daughter From Dad

Finding a funeral poem that offers the exact right sentiments is difficult. Whether you are trying to find one to help you write a eulogy for your child or one to print in the program, you have to think about how the ideas presented in each phrase will be received.

Read each line of these poems before deciding whether or not to use it in the funeral service for your daughter. You may have other people read it as well if you are having trouble focusing your thoughts well enough to make difficult decisions.

Don’t forget to consider the works of unknown poets who self-publish online. Some of these poems may reflect your feelings better than a poem written by a famous poet. This poem doesn’t mention death, but it does describe those wonderful characteristics of little girls, including a “Kool-Aid mouth and chocolate face.” The final line reads, “No matter what age she is, she’s still my little girl.”

This poem begins, “There can never be no goodbyes for us; It’d be too painful, dear.” In this poem, the speaker talks with the deceased and promises to look for her “among the stars.”

Did you lose a child with a “bright, happy smile?” Search for “God’s Little Angel” online. This poignant poem would be perfect to use at the funeral of a young girl.

Losing a child as an infant can be especially devastating. The author of this poem must have had this painful experience, as her words are incredibly heartfelt. The final lines read, “but by God you were chosen, so to heaven you must go.”

This poem speaks about an expected and heart-wrenching loss of a family member. The “chain” that is referenced in the title is the “family chain.” “The family chain is broken, and nothing seems the same. But as God calls us one by one, the chain will link again.” This poem would be appropriate for the funeral of any family member.

Even though this poem could refer to a daughter who is living, it is especially poignant to use for a daughter’s funeral. It describes how proud the parent is of his daughter. The final lines read, “Regardless of time or distance, you are still and will always be my daughter.”

Funeral Poems for a Daughter-in-Law

You will have a difficult time finding poems written explicitly for daughters-in-law. Here are some more general funeral poems to consider.

If you are frustrated by not finding one that speaks about that specific relationship, consider writing one on your own. Writing creatively may help you process some of the complicated emotions you are experiencing since your loved one’s death.

Of course, consider using one of these poems if you can’t quite find your own words.

We love this poem that reflects on the beautiful qualities of the deceased. Since a Victorian poet and novelist wrote it, it definitely has a more formal tone and word choice than many other poems on this list.

14. “Do Not Stand at My Grave and Weep” by Mary Elizabeth Frye

This poem is written from the perspective of the deceased. The speaker leaves instructions to think about her life while interacting with nature instead of remembering her when standing in a cold cemetery. This poem is often used at funerals and includes the lines, “I am in the thousand winds that blow, I am the softly falling snow.”

Did your daughter-in-law go through hardships during her life? So did Maya Angelou. This inspirational poem celebrates sassy girls who refuse to be trodden upon. The final, uplifting stanza reads, “Just like moons and like sons, with the certainty of tides, just like hopes springing high, Still I rise.”

We wish we knew who wrote “God’s Garden,” because it is an often-used funeral poem. It’s especially appropriate for someone who suffered from a long illness before God said, “Peace be thine.” If your daughter-in-law loved flowers and gardens, this poem would be a wonderful tribute to read at her funeral.

You may not have known that Mark Twain also wrote an occasional poem. This simple, short poem will allow you to say a sad goodbye to the daughter-in-law you lost.

Was your daughter-in-law a giver? Did she serve others with grace and compassion? This poem celebrates those angels who live among us, who are selfless in their actions.

Other Resources are Available to Help You Through This Difficult Time

Even though you are probably feeling very alone right now, there are online resources available to help you with some of the difficult tasks ahead. We can help you with free funeral program templates or choosing the right urn for your daughter’s cremated remains.

Don’t forget to reach out to professionals to assist you during this difficult time. Seek out grief counselors, social workers, therapists, and ministers to help you process all the emotions you are experiencing. You may also consider joining grief support groups so you can connect with others who have gone through the same devastating experience as you. Even though you feel alone with your grief, others have experienced it as well.

If you're looking for more funeral resources, read our guides on writing a eulogy for your child and granddaughter poems.