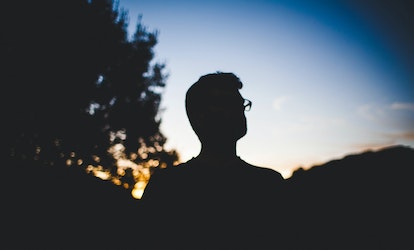 There’s a lot to consider when planning a funeral for your husband. As you grieve, you need to find the energy and focus to write the obituary for your husband, choose an urn or burial plot, and select the music to play during the service.

Let us help you with part of the process through funeral poems for a husband. Here are some poems that you could consider using for the service.

While some choose to print the text of a meaningful poem in the funeral program, others ask a family member or friend to read the poem as a part of the service.

Funeral Poems for a Husband and Father or Grandfather

If the man you lost was not only a husband but also a father or grandfather, there might be other family members who want a hand in choosing the poem. Here are some funeral poems that could be used for a myriad of relationships.

1. “Not Forgotten” by Toi Derricotte

In this poem, a man leans over his father’s grave and cuts away the overgrown grass so that his father’s name can be seen. It’s common for people to worry that others will forget their loved ones, and that’s why many work hard to keep the memories of the deceased alive.

2. “Those Winter Sundays” by Robert Hayden

You may not appreciate all your father does for you until you’re an adult. The speaker in the poem realizes how cold it must have been when his father arose early to get the fire started in the house, so everyone else would be comfortable when it was time to get out of bed.

Like the previous poem, the speaker in “Cold Calls” describes how his father worked hard throughout his life with little thanks. In this poem, the father was a box salesman, and after he died, his son stood at his grave “and raved in silence to no one.”

The speaker in this poem describes how his father’s dogs grieve the loss of their master. The speaker envies the dogs that they seem to be getting over their sadness that resulted from the death.

5. “You Don’t Miss Your Water” by Cornelius Eady

Funeral Poems for a Husband Without Children

Obviously, “father” or “daddy” poems won’t work for a man who didn’t have children. Here are some funeral poems that make no mention of children. They could also be used as you write the eulogy for your husband.

The refrain “I wish you were here, dear” is often repeated in this poem by Joseph Brodsky. While some poems use flowery language to describe grief and death, this simply-written poem describes a person sitting on a porch sipping a beer while wishing her spouse were there, too.

7. “The Dead” by Billy Collins

This is another poem that doesn’t use flowery language to talk about death. In it, the poet describes how he views death. Instead of his loved one floating on clouds, he sees them looking down through “the glass-bottom boats of heaven as they row themselves slowly through eternity.”

You’ll recognize the final lines of this poem: “And therefore never send to know for whom the bell tolls; it tolls for thee.” This poem would be a good choice for the funeral of a man who never had children because it describes how each person is part of something bigger than himself.

This powerful poem would be the perfect one to use for a man who weathered many storms with dignity and courage. It ends, “I am the master of my fate. I am the captain of my soul.”

This poem gained popularity when it was used in the movie “Four Weddings and a Funeral.” The speaker describes how odd it feels that life continues normally for others after his loved one dies.

Funeral Poems for a Husband With a Deceased Spouse

You may find yourself planning the funeral for a father, uncle, or friend who previously lost a spouse. Here are some poems to consider using at his funeral. You may also be interested in other online resources such as free funeral program templates.

11. “Nothing Gold Can Stay” by Robert Frost

This often-used poem is somewhat melancholy, which gives it an appropriate tone for use at a funeral. It describes the second law of thermodynamics that says that eventually, everything breaks down into a more disordered state.

The speaker in this often-used poem is deceased. In it, he asks to be remembered, but only with a smile.

13. “His Stillness” by Sharon Olds

In this poem, the speaker describes how her father accepts a grim diagnosis from a doctor with calmness and dignity. The poem ends, “At the end of his life, his life began to wake in me.”

14. “Let Me Go” by Christina Rossetti

The speaker in the poem is deceased and reminds those he left behind that life needs to continue. The speaker leaves the instruction to “laugh at all the things we used to do. Miss me, but let me go.”

15. “Do Not Stand at My Grave and Weep” by Mary Elizabeth Frye

Frye’s poem is a series of instructions from the dead. In it, mourners are told to look for their loved ones in the beauty found in nature instead of in cemeteries.

Religious Funeral Poems for a Husband

If you would like a religious poem, but would rather not use text from scripture, here are some to consider.

16. “I thank you God for most this amazing” by e.e. cummings

The speaker in this poem is deceased, and he describes, in almost a breathless, incredulous manner, how much more vibrant nature’s beauty is after death. He can’t imagine how someone can not believe in God after having the experience. The poem states, “how should tasting touching hearing seeing breathing any — lifted from no of all nothing — human being doubt unimaginable You?”

Robert Hayden was a prolific American poet. He describes being able to continue with life after losing someone in this poem called “Ice Storm.” The speaker sees trees bending under the “glassy weight” of an ice storm, and he knows they will survive. As he reflects on the tree’s survival, the speaker asks himself, “and am I less to You, my God, than they?”

James Weldon Johnson was the first African American to hold the office of executive secretary of the NAACP. He was a prolific writer, and many of his pieces celebrated black expressive culture. This poem is meant to be read out loud by a powerful speaker.

This is another poem that speaks to survivors. In it, the speaker promises that even though the night is approaching, “God does not leave us comfortless.”

20. “Notes from the Other Side” by Jane Kenyon

A deceased person describes heaven in “Notes from the Other Side.” Instead of using typical imagery to describe the afterlife, the speaker celebrates the things that aren’t in heaven. The list includes “no bad books, no plastic, no insurance premiums, and of course no illness.”

We understand how difficult it is to find the right words to describe the person you lost. In the fog that often accompanies grief, forming coherent thoughts may feel impossible. Depend on poets and songwriters to help you describe how you feel during these difficult moments in life.

Even though many rely on the words of others when choosing texts to read at a funeral, you may consider spending an afternoon writing about your memories of the grandfather, father, or spouse that you lost. Write about his likes and dislikes and what you can remember about his history. Future generations will appreciate having a written record that describes the everyday details of their ancestors and you’ll be comforted to know that his memory is preserved.

If you're looking for more funeral poem ideas, read our guides on gone, but not forgotten poems and rainbow bridge poems.