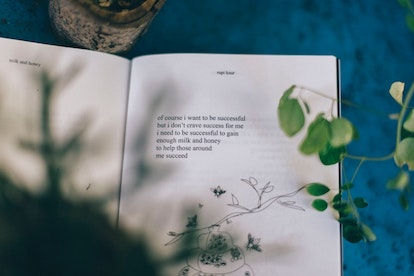 A funeral or memorial is a chance to reflect on your time with your loved one. One big part of the experience is speaking at a funeral about the friend or family member you lost. Many also choose to read an elegy or obituary in honor of the deceased.

It’s hard to find the right words that capture your feelings. In these moments, turn to the expert wordsmiths of the past and present. Reading a poem at a funeral is a way to reflect not only on the passing of your loved one but also to bring peace to the audience. Here are 50+ poems to read at a funeral, memorial, or celebration of life.

COVID-19 tip: If you're planning a virtual funeral using a service like GatheringUs, you can still share your poems with your online guests. Coordinate with your planning team, make sure you have the right mics and speakers, and send online guests digital funeral programs with the full poems.

You don’t have to search the past to find some of the best funeral poems. Poets today capture the variety of the human experience, from both the highs to the lows.

1. "There is Nothing Purer Than That" by Rupi Kaur

Rupi Kaur urges readers to turn their sorrow into gold, saying “there is nothing purer than that.”

In “Bluets,” the narrator grapples with loss through the color blue. Her obsession with the color shows just how connected both love and loss are within the human experience.

One of the most well-known funeral poems, these words are a reminder that it’s okay to feel sad about the passing of a loved one.

Though only eight lines, this poem urges readers to consider the small things in life. “Snowdrop” discusses a flower struggling against harsh weather, but it’s really about the resilience of life.

This poem is about how life’s changes are often out of our control. They pass the narrator by until he writes, “I have measured out my life with coffee spoons.”

Regarded as one of the most famous poems of modern times, “The Waste Land” is an epic unlike any other. In the final section, the narrator alludes to hope found in chaos.

7. "Do Not Go Gentle Into That Good Night" by Dylan Thomas

With powerful language, “Do Not Go Gentle Into That Good Night” emphasizes that those who live bright lives will triumph after death.

Anne Sexton captures the beauty and charm of youth in her poem “Young.”

In this poem, the narrator urges people to cry against repression. This poem is a celebration of counter-culture but also a reminder to be yourself.

10. "When I Die I Want Your Hands on my Eyes" by Pablo Neruda

Translated from Spanish, this poem shares how relationships continue even through death. Though the narrator is gone, he wants readers to “live while I wait for you, asleep.”

Ezra Pound tells a story through images. As faces appear against the blur of a crowd, each one is bright and beautiful, if only for a fleeting moment.

Because the narrator carries your heart, he is “never without it.” No fate could tear these lovers apart, not even death.

13. "There Is No Light Without a Dawning" by Helen Steiner Rice

There is “no winter without a spring” or dark without light. Even if those we love leave, we will find them again.

If you just listen to the passing of nature, you’ll notice your loved one is still with you.

The narrator reflects on what he sees when he leaves his home one evening. From lovers reuniting to the beauty of nature, he says you should “love your crooked neighbour, with your crooked heart.”

Instantly share your health, legal, funeral, and legacy decisions with your loved ones.

Start planning
» MORE: Instead of ashes, create a beautiful stone. Parting Stone helps you keep your loved ones close.

Beloved poets and authors have tackled funeral poems since the dawn of time. Their words bring much-needed comfort in hard times.

Just because you say goodbye doesn’t mean it’s forever. These memories will live on “within my heart.”

Love triumphs over death in “Music, When Soft Voices Die.” Those we love are never really gone.

While life changes after the passing of a loved one, this doesn’t mean we’re alone. We remain the same, and grief should “not blacken long your sky.”

In Christina Rosetti’s poem, readers remember their loved ones, but shouldn't allow their grief to hold them back from living.

This poem is perfect for anyone who loved the sea. “Crossing the Bar” shows that the tide may move us forward, but we’ll always turn back home.

21. "Because I could not stop for Death -" by Emily Dickinson

The Grim Reaper isn’t so scary after all. He’s a gentleman who takes the narrator gently towards death, promising peace in the afterlife.

No man exists alone as an “island.” Every man’s death is worth remembering.

23. "Intimations of Immortality" by William Wordsworth

William Wordsworth remembers the passing of a friend with fondness in this poem. Though they’re gone, we carry on.

24. "Footprints on the sands of time" by Henry Wadsworth Longfellow

This narrative tells the story of people who died before us leave their “footprints” for us to follow.

25. "Fear no more the heat o’ the sun" by William Shakespeare

From the play Cymbeline, this poem proves that death can be a welcome release to a place of eternal peace.

This sonnet reflects on how we all leave our mark on the world.

27. "All that they were" by William Shakespeare

From the play As You Like It, Shakespeare shares that during each person’s lifetime, we play many roles. Since “all the world’s a stage,” every part matters.

One of the greatest epic poems ever written is also home to some of the best classic funeral poems. The first book of “Paradise Lost” is where you’ll find gems like “the mind is its own place, and can make a heaven of hell.”

Death is inevitable, but that doesn’t mean it has to be scary.

30. "Do Not Stand at My Grave and Weep" by Mary Elizabeth Frye

Don’t cry at a loved one’s grave, because they aren’t there. They’re already watching over you.

Not all funeral poems have to be sad. Taking a few moments to read an uplifting poem at a funeral eases the tension and offers condolences.

One of Emily Dickinson’s most well-known poems, she argues that “hope” lifts the soul.

The Bard explains how his mistress looks to him in this famous sonnet. Though her eyes “are nothing like the sun,” she is still beloved to him.

A father shares what it means to be a man of integrity.

35. "The Road Not Taken" by Robert Frost

For the person who’s lived life boldly, “The Road Not Taken” shares the importance of taking one’s own path.

The title of this poem translates to “undefeated,” and it’s an ode to those who don’t back down from fear.

“Still I Rise” is a triumphant poem about the power of standing up for oneself.

A celebration of African American resilience, this poem evokes all the rage of someone who someone who’s been kept in a cage for too long. Yet, it’s the caged bird who “sings of freedom.”

39. "Have You Earned Your Tomorrow" by Edgar Guest

This poem questions readers directly, asking if their actions are bringing good into the world.

Langston Hughes reminds the audience to hold fast to their dreams. They’re the most important thing we have.

Reflecting on one’s feelings through a sorrowful poem is a part of the grieving process. Let these poems bring you peace through understanding.

At the passing of a loved one, there ceases to be any joy in the world.

42. "Crossing the Water" by Sylvia Plath

Though Sylvia Plath describes the crossing over a body of water, it’s implied that this passing is really between the land of the living to the land of spirits.

43. "I measure every Grief I meet" by Emily Dickinson

The poem questions how suffering connects us all.

44. "Acquainted With the Night" by Robert Frost

“Acquainted With the Night” presents the theme of isolation. The speaker is only acquainted with the night or nothingness.

This emotional poem focuses on the pain of losing a loved one and how you never get used to the “art.”

“Harlem” is a poem about dreams and what happens when they’re put on hold.

The narrator contemplates all of the things he wants out of life. Will he have time to experience everything?

48. "A Dream Within a Dream" by Edgar Allen Poe

Written as a reflection on one’s life, how do we measure the fullness of time when it’s so fleeting?

Told from a mirror's point of view, the narrator struggles with her identity as both a young girl and an older woman.

In “Tulips,” the speaker feels lonely and disconnected from those around her. She’s fighting for a way back to her humanity.

Since ancient times, people used poetry to bring peace. These poems above use words to sum up even the most complex emotions. In times of need, they say what we can’t.

Whether you’re looking for something to read during a funeral or you need help processing your feelings, these poems are for you. Knowing what to say when someone dies is never easy.

For more help preparing for a funeral, see our full list of the best funeral songs and how to write a eulogy.