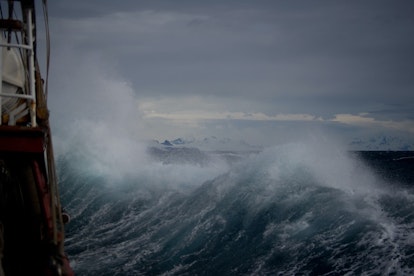 Death is a universal human experience. Everyone who ever lives will die someday. That’s why virtually all cultures throughout history have had beliefs about death. Additionally, numerous religions and mythologies have gods of death.

These gods can serve a range of purposes depending on the belief system they come from. Some gods of death punish evil souls in the afterlife. Some care for souls and help to guide them to the next stage of their existence. Others merely serve as rulers of the underworld.

Learning about these various gods of death can help you learn more about a given culture’s beliefs in general. While it would be impossible to cover all the death gods people have ever believed in with a single blog entry, this brief guide will give you an overview of some of the more significant gods of death from world cultures.

Gods of Death from Africa and the Middle East

Some of the earliest civilizations in human history developed in Africa and the Middle East. That means some of the oldest gods of death come from these parts of the world.

Still, it’s worth touching on Anubis’s role in ancient Egyptian beliefs because, along with tending to the dead in the underworld, some interpretations also involve Anubis being the god of mummification.

This is important because mummification practices in ancient Egypt tell us much about ancient Egyptian afterlife beliefs. Although the ancient Egyptians believed a soul would continue on its journey through the afterlife once a person died, they also believed this could only happen if the body remained intact. That’s why they went to such great lengths to preserve the bodies of the dead.

In ancient Mesopotamian mythologies, Ereshkigal ruled the underworld as Queen of the Dead. Specifically, she held dominion over an underworld called Kurnugia that, according to myth, existed beneath the Earth. Souls that went to Kurnugia would eat dust and drink water from puddles filled with mud.

Early West Semitic religious beliefs included several gods, with Mot, the god of death, drought, and infertility being one of the most noteworthy.

Beliefs about Mot can shed light on the experiences of those living in the Canaan region at the time. Specifically, they believed that Mot was the enemy of Baal, the rain god. This made him a significant figure because the Canaanites didn’t live near any great rivers, unlike others in Mesopotamia and Egypt. Their primary water source was rain.

This experience inspired numerous myths about Mot. For instance, the Canaanites believed that Mot and Baal were once in constant battle until Baal finally triumphantly defeated Mot. You could interpret this as a hopeful myth for those who needed rain and believed one god granted it while another denied it.

Gods of Death from Europe

European mythologies and religions also have their fair share of death gods. These examples will help you better understand how the nature of these gods can vary distinctly from one culture and era to another.

Depending on your interpretation, you might not consider the Grim Reaper to qualify as a god of death. Some merely see the Grim Reaper as the personification of death. The being is supernatural in nature, but it might not have the qualities necessary for “god” status. That said, the Grim Reaper is such a well-known figure that it warrants inclusion on this list.

No one can seem to determine with absolute certainty how the idea of the Grim Reaper came to be. However, most researchers believe the Grim Reaper is the product of the Black Death. This massive pandemic claimed one-third of Europe’s population, so death was certainly on the minds of people at the time.

The Grim Reaper’s appearance also gives scholars reason to believe the Black Death gave rise to this death god. Depictions of the Grim Reaper typically show the figure in robes that closely resemble those many religious figures throughout Europe would wear when conducting funerary rites at this point in history. The Grim Reaper’s scythe also corresponds to common agricultural practices during the Black Death.

Hel in the Nordic countries

Hel began as the name of the world of the dead in Norse afterlife myths. However, believers in Norse mythology would eventually come to use the word when referring to the goddess of death.

Hel, one of the trickster god Loki’s children, had dominion over Niflheim, a realm where those who committed various crimes or offenses in life would endure torments after their passing. At various times she also had consorts who would rule the underworld with her in some capacity.

Ancient Greek mythology had numerous death gods. One of the most noteworthy is Charon.

According to ancient Greek mythology, when a person died, if others performed the correct funeral rites (which involved, among other steps, placing a coin or “Charon’s obol” in the deceased’s mouth or on the deceased’s eyes), Charon would ferry them across the Rivers Styx and Acheron to the next stage of the ancient Greek afterlife. The Charon’s obol would serve as payment for Charon.

Gods of Death from Asia and Oceania

Because Asia and Oceania combined make up a very large portion of the world, you’d be right to guess that many gods of death have their origins in these regions. These are just a few examples.

Izanami is an interesting figure in the Shinto religion. Along with being the goddess of death, she is also the goddess of creation to some degree. With Izanagi, who most scholars interpret to be Izanami’s husband, she created the first landmass.

However, when giving birth to Kagutsuchi, the fire god, she suffered fatal burns and went to Yomi, the realm of darkness. Izanagi found her there and imprisoned her in the realm out of fear. This made her the permanent goddess of death.

As you may have noticed from other entries in this blog, many gods of death from various cultures have played numerous roles in their belief systems. Consider the example of the Maori god Whiro.

Whiro represented evil, darkness, and disease. Thus, it’s natural that the Maori people would also come to perceive Whiro as a god of death.

Many considered Whiro to be the patron of thieves. This is because Whiro constantly strived to capture souls and bring them to the underworld over which he held dominion. It makes sense that the Maori would associate him with corruption and crime. He wished to corrupt people not only because he wanted to claim their corrupted souls, but because he was also on a never-ending quest to destroy humankind.

The Maori people actually believed that Whiro served as the creator or origin of virtually all afflictions and illnesses. According to their myths, when a person got sick, it was because one of the Maiki clan, demonic beings who served Whiro, had possessed them.

Yama in India (and other Hindu regions)

Yama is the primary Hindu god of death. Unlike some of the other gods on this list, who few people continue to worship or believe in due to changing religious beliefs, some Hindus still consider Yama to be a very real god.

Yama is also a unique god of death because according to some stories and interpretations he doesn’t necessarily punish souls. While many death gods serve to torment the wicked after their deaths, Yama instead serves as a judge. When a person dies they meet Yama and hear a list of their deeds in life. Yama then determines the soul’s fate. He considers three options:

Even though Yama isn’t always a punisher, some still consider him to be a fearful being. This is partially because the hounds that guard the path to Yama have four eyes and are very large. Some stories about Yama even claim that sometimes his hounds travel to our world to beckon souls.

Gods of Death from the Americas

Along with teaching you about different cultures, learning about many of the gods of death from the Americas can also provide you with information about the way the Americas have developed and changed over the last few centuries.

Mictlantecuhtli was among the chief death gods in Aztec mythology. He was also the ruler of the underworld.

This made him a very important figure for the Aztecs. According to Aztec beliefs, all souls went to the same underworld after death, regardless of their behavior in life. Only people who died in very specific circumstances avoided this fate. Thus, the Aztecs believed the vast majority of them would meet Mictlantecuhtli one day.

Cizin was a Mayan god of death and earthquakes. Some scholars believe Cizin may have actually been one incarnation of a death god that appeared in several different manifestations.

Because Cizin was supposed to be a malevolent being that would sometimes bring destruction, after the Spanish conquest, the Spaniards combined aspects of Cizin with the Christian devil.

Again, the reason so many cultures have beliefs about gods of death is simple: everyone dies. These examples merely offer some insights into how different peoples have addressed this universal experience in mythology and religion. Just remember, this is only a brief overview, and there is much more to learn about this topic.