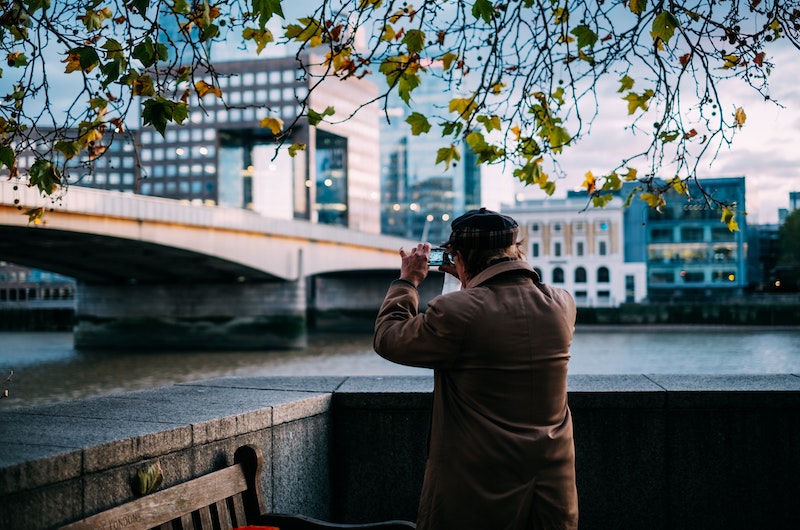 Do you remember a family member or anyone else in your circle called something other than “grandpa” or “grandfather?” What did you call your own grandparents?

When you become a grandfather yourself, you may give some thought as to what you prefer to be called. You might have some input — or maybe your grandchild will choose the name for you! We’ve compiled a comprehensive list of some of the best (and unique!) ways to say grandfather.

Becoming a grandfather is certainly a pivotal moment in any man’s life. Check out these cool grandfather names that are sure to add a little pizzazz to your family tree.

“Big Paw” is a unique expression for “grandfather.” It’s a great nickname for a big bear of a grandpa, and it’s also easy for younger kids to say. This nickname not only sounds cool, but it’s also not outdated like other terms of endearment can be.

“Boppa” has German roots, but it’s a popular grandfather name in the U.S. It’s a cute term that’s a bit more creative than “grandpa.” It’s also really easy for little kids to say!

Not a fan of being called “grandpa?” Why not go by Ace? Ace is sometimes used in reference to a grandfather since you’re likely to become your grandchildren’s number one!

“Big Daddy” is a cool name for a grandpa who also happens to be the patriarch of his family. Nothing makes a statement quite like this name!

“Grampa” is pretty traditional and a little cooler and casual than “grandfather.” Keep it simple, because this name is sure to make its way into many birthday and Christmas cards.

Becoming a grandfather doesn’t mean that you’re suddenly 100 years old. You can still keep your edge by using one of these modern grandfather name ideas. You’ll be surprised at how quickly they stick!

Many people these days prefer the name “Paw-Paw” simply because it’s a sweet name for an awesome grandpa.

“Pappy” is another modern favorite, particularly for southern kiddos. It’s cute and fun but has a touch of sweetness that most people want when they name their grandpa.

“Pop-Pop” is one that small children really appreciate. Kids love names with repetition!

“Popsy” is a little on the silly side, but it’s been making an appearance in some popular parenting messaging boards lately.

“Grandpop” is the perfect name for those who want something a little different but don’t want to totally reinvent the wheel. It’s simple and effective and is a bit more modern than “grandfather.”

Not one for a cutesy name? Keep it simple with some of these classic old-school grandfather name ideas. You’ll find something that suits your personal tastes without going too far off the beaten path.

“Gramps” is a beloved term of endearment. Many people use it throughout several generations of the same family. Everybody who has a “gramps” in his or her life knows just how special this man truly is.

“Pops” is another popular name used over time. The name often conjures up images of a gray-haired, beloved man that is the cornerstone of his family.

“Papa” is a grandfather’s name that’s been around for ages. Some people even use this when referring to their fathers.

“Granddaddy” is a popular name for “grandpa,” especially in the southern region of the U.S.

“Poppy” is a beloved grandfather name that catches on so quickly and becomes a favorite of all grandchildren who use it.

One of the most fun parts about becoming a grandparent is that small children often choose your name. Their wild imaginations and improper pronunciations can certainly lead to some great nicknames.

“Pawie” is a mixture of Paw-Paw and Poppy. It’s a cute, funny way to say “grandpa.” It definitely deserves points for uniqueness.

Sometimes, a small glitch in the name “Poppy” can lead to a lifetime of being called “Poopy.” It may not be the most ideal, but if it doesn’t bring a smile to your face and a chuckle to your heart, then nothing will!

“Geepa” is gaining popularity, but there’s no denying that it sounds a little funny in comparison to other options out there.

Who knew that becoming a grandfather would lead to being called “Go-Go?” It’s easy for little kids to say and impossible to forget.

“Gumbo” is a name that doesn’t come up too terribly often, but there are a few Gumbos out there who wear that name proudly.

This name is a cross between “Gampy” and “Grumpy” and it is absolutely adorable. Imagine receiving a birthday card with this inside — too cute!

In some families, “Daddy-O” is a special way to recognize a grandfather. While you may assume that it would bring about some confusion between “dad” and “grandpa,” adding the “o” to the end seems to be just enough of a difference to keep it all straight.

“BoBee” is a funny name, but it seems to make sense nonetheless. It may have originated between a combination of names that just got mixed up in a youngster’s pronunciation.

Names with a Meaning

No matter what you choose to call yourself as a grandfather or what your family chooses for you, the meaning behind it will touch your heart. A specially-chosen nickname gives new meaning to what it means to be a grandfather.