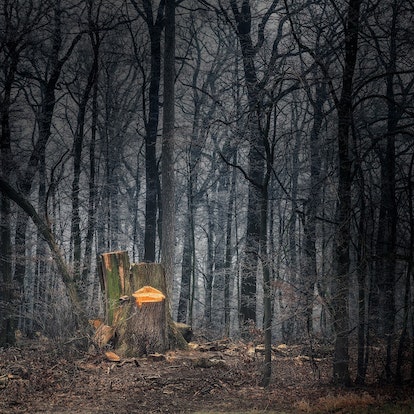 Personifying death is one way that human beings have historically come to grips with our mortality. And the most recognizable embodiment of death itself is a dark, mysterious figure known as the Grim Reaper.

The Grim Reaper traditionally looks like a skeleton wearing a black, hooded cloak. The figure holds a scythe and is thought to escort departed souls to the afterlife. But who is the Grim Reaper, really, and how did Grim Reaper imagery come to represent death?

Where Does the Grim Reaper Come From?

The Grim Reaper is a psychopomp: a creature (in this case, roughly human in form) that guides departed souls to the afterlife. Throughout history, there have been numerous psychopomps, from other human versions to animals, like ravens.

Compared to ancient angels of death, the Grim Reaper is a relatively recent addition to the psychopomp ranks. It’s thought that the Grim Reaper appeared in around the 14th century when a specific historical event unfolded.

Grim Reaper and the Plague

An epidemiological event known as the Black Death or simply “the plague” changed the way the average person viewed death in the 14th century.

It was one of the deadliest pandemics in human history, killing at least 25 million people with just its first outbreak. And as the plague ravaged cities and countryside alike, death came closer to to the average person’s life than ever before, lurking like an ever-present spirit.

It was during this time that artists started depicting death as just that: a skeleton, waiting in the wings to take loved ones away at a moment’s notice. Artwork from the era sometimes shows the skeleton holding a crossbow or some other medieval weapon. But eventually, this evolved into the scythe we know today.

Some paintings show the Reaper swinging his scythe through whole crowds of people, reaping hundreds of souls at a time, just as the plague would have done. Eventually, the artwork began depicting the Reaper hiding within the folds of his black cloak, which is common imagery representing death and mourning.

Before the Grim Reaper

The Grim Reaper might be the most well-known personification of death in the modern world. But it’s far from the first imagery used to illustrate death in more approachable terms.

Here are some representations of death as a human being that appeared well before the Grim Reaper:

It’s easy to see how the historical, mythological examples listed above came together to help create the Grim Reaper. The modern-day personification of death includes aspects from many of those legendary figures.

For example, the Grim Reaper carries a sharp tool (a scythe), just as Thanatos often appears wielding a sword. The scythe would have been more relevant when the Grim Reaper came into existence, in an age where most families relied on agriculture to earn a living.

Additionally, the Grim Reaper is often pictured floating or flying, rather than simply walking. This mimics the ways in which the death gods of eras past got around, including the Valkyries, who hovered above battlefields.

Just like other psychopomps, the Grim Reaper’s job is to escort departed souls to the afterlife. The Reaper doesn’t necessarily take a soul to Heaven, Hell, or any other religious afterlife. It simply helps the recently-deceased cross the boundary between this life and whatever’s on the other side.

But even though escorting souls to the afterlife is the Grim Reaper’s one and only job, storytellers would have you believe the Reaper isn’t above bribery. According to many archetypes and tales, a person may be able to bargain with the Reaper to continue living in this world for a little longer.

What Happens When You See the Grim Reaper? Does It Actually Kill You?

There’s some debate about what happens with the Grim Reaper comes to visit. Some artwork depicts the Reaper reaching out with a skeletal finger, killing the person with a single touch. And its name, “Grim Reaper,” evokes imagery of a figure “reaping” souls.

As mentioned above, some Grim Reaper imagery and tales depict a figure who has ultimate decision-making power. If you provide the Reaper with a good enough reason to let you live, or even if you manage to fool the Reaper, you can live a little longer.

However, others believe the Grim Reaper is just an escort who takes the departed from this world to the next. Following that line of reasoning, the Grim Reaper doesn’t have any power in deciding who lives and who dies.

The Grim Reaper in Different Cultures

The Grim Reaper might have started out during the plague in Medieval Europe, but its imagery quickly spread far and wide. These are some personifications of death that appeared around the same time or after the appearance of the Grim Reaper.

In Irish mythology, the Banshee is a female spirit who serves as an omen of death. If you hear the haunting wail of a Banshee, according to legend, you should expect Death to visit you soon. The earliest references to the Banshee appeared in the 14th century--around the same time the Grim Reaper showed up. Images of Banshees typically show an old woman wearing a black cloak.

In Scandinavia, around the time of the plague, a similar legend to the Banshee developed. Pesta is depicted as a haggardly old woman, often carrying a broom or a rake.

Another female representation of death comes from Mexican mythology. La Calavera Catrina (the skull of Catrina) appeared as recently as the early 20th century. But the concept can be traced back to the Aztec goddess, Mictecacihuati. In contrast to the Reaper, Catrina is far less threatening.

She reflects Mexico’s unique attitude towards death and a close relationship with the souls of the deceased. Rather than appearing grim and frightening, La Calavera Catrina is a skeleton dressed in bright and cheerful colors, often wearing a grin and dancing.

The Grim Reaper in Popular Culture

Ever since it first appeared in the 14th century, the Grim Reaper has stayed present in popular culture. Whether in music, television, literature on the topic of death, and even videogames, the Reaper doesn’t seem to be going anywhere.

Here’s where you can spot the Grim Reaper in popular culture, whether it’s recent or a bit older:

Personifying Death and the Grim Reaper

Around the world, different cultures deal with death in a wide variety of ways. But most cultures have in common the personification of death. It helps us come to terms with our own mortality, understand the loss of a loved one, or cope with death on a grand scale.

And whether it’s a frightening image like the Grim Reaper, or a more positive one like the Catrina, portraying death as a person makes it easier to express complex emotions about death. With so many appearances in art, music, and pop culture, it looks like the Grim Reaper is here to stay.