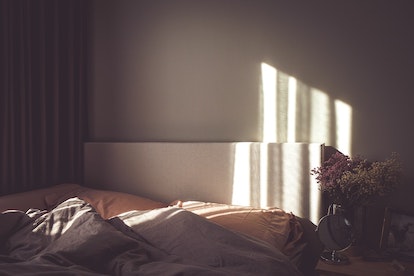 Though today the concept of hospice is well-known and understood, there was a time in the not-so-distant past that hospice wasn’t even a word in the dictionary. In the early 1900s, the concept of caring for people during their final days hadn’t yet made it to the medical field.

It took two very enterprising individuals to recognize the needs of this special group. These needs were written about, lectured on, and published from England to America. Only after years of lobbying and bringing attention to the needs of those critically and terminally ill was the first hospice care center created.

Since that time, countless books about hospice have been written, endless lectures at medical schools given, and a continual seeking to understand how to better improve the living conditions of those in need of hospice care.

How Did Hospice Get Started?

The very beginnings of the history of hospice can be traced all the way back to the 11th century and the Roman Catholic Church. “Hospice” was a form of hospitality the church offered both to the sick and dying as well as travelers and pilgrims who had no place to stay. It wasn’t until the mid-1900s when hospice as we know it today, began to take shape.

In mid-1948, a British medical doctor, Dame Cicely Saunders, started working with the terminally ill. Spent her entire time in medical school working with patients who were in the final stages of life until she earned her degree in 1957.

Her time spent with the critically and terminally ill inspired her to look at this group of often-overlooked patients in a new light. She became a champion for their cause and their needs when, in 1963, she lectured about special care for the terminally ill at Yale University. Her talk profoundly inspired doctors, nurses, and medical workers. It was because of her speech at Yale that the American medical community began discussions about providing end-of-life hospice care.

Back in London, the first hospice center was established in 1967. This center would become a model for the first centers opened up in America. A faculty member from the Yale School of Nursing spent an entire sabbatical understanding the principles, philosophy, and work they did at the center.

A groundbreaking book was published in 1969 called On Death and Dying by Elisabeth Kubler-Ross. In her book, she describes the benefits of hospice care and places the emphasis on home care as opposed to end-of-life care at a medical facility. She interviewed over 500 people in the final stage of life to support her findings.

Establishment of hospice in America

In 1974, the first American hospice care center was founded in Connecticut. The growth of hospice centers was slow, however, because federal funding didn’t provide coverage for costs to insured patients directly related to hospice care. It wasn’t until eight years later, in 1982, that legislation passed, ensuring hospice care was covered as part of a person’s Medicare benefits.

Today, hospice care is a thriving part of the medical community and is a critical part of end-of-life planning for Americans from coast to coast. Hospice has improved both in the level of care provided and in funding given to providers by the federal government. As of 2005, there were over 4,000 hospice providers in the U.S. and over one million people that have benefitted from hospice care.

Thankfully, hospice care is widely available through Medicare and other health insurance programs. While there are certain qualifying criteria for hospice, you don’t have to wait for a physician to suggest it. If you’re considering hospice for a family member, here are a few current rules and regulations to keep in mind.

Who qualifies for hospice?

Hospice began as a special program for the terminally ill and it has largely remained that way. Patients can be enrolled in hospice care programs when their primary physician determines that the person has no more than six months to live.

Though the expectation is that a person will be in hospice for no more than six months, there are circumstances in which permission is granted for a patient to stay beyond the six-month limit. A primary physician certifies a patient for hospice care for an initial 90 days. Toward the end of the first period, he will again recertify his patient for another 90 days.

After this, the physician will recertify his patient in shorter segments of 60 days each. Even if a patient has been in hospice for six months, as long as a doctor recertifies the patient’s hospice qualification, the patient can continue to stay in hospice.

Hospice is fluid, meaning that a patient can be placed in hospice, be taken off by personal choice or because they no longer qualify, and put back on again at a later date. The six-month period renews every time a person is placed in hospice.

Though the majority of Americans who choose to be placed in hospice are adults, the program extends to anyone of any age who faces a terminal illness with six months or less to live.

What is included in hospice?

Sometimes the terms “palliative care” and “hospice” get used interchangeably. There are, however, some important distinctions between palliative care or hospice. Depending on the level of need and time a doctor gives for a person, one option will be better than another. It’s important to familiarize yourself with these differences, especially when helping elderly family members choose.

Hospice care provides a coordinated medical team to care for a person physically, emotionally, and spiritually. During hospice, a patient no longer undergoes medical treatments to cure an illness. Instead, hospice provides medication and support to help a person live out her final days comfortably.

When a loved one is placed in hospice, the medical team consists of regular doctors in addition to other members of the medical community:

When in hospice, the medical team provides support for the patient and family members. This special care can be provided at a nursing home, medical facility, and even at home.

One of the greatest benefits of hospice provided to patients and their families is the degree of coverage included. When a person is treated for an illness prior to hospice, regular medical insurance stays in place. This means all co-pays, co-insurance, and deductibles need to be met. When a patient is placed in hospice, however, the insurance model changes.

Additional benefits you can expect to receive while in hospice includes:

Before making the decision to be put in hospice, it’s essential to understand what is not included. Though most medical needs are covered and continue without interruption, there are a few exceptions.

Here are a few medical benefits that are not included when in hospice:

Because hospice is a service that focuses on treating the person instead of an illness, medical interventions aimed at curing the terminal diagnosis are not included. If a person wishes to opt for a clinical trial or an experimental treatment, he can elect to be taken out of hospice for the duration of the trial or treatment. After the treatment has concluded, if the physician establishes hospice eligibility, the patient may be placed back in hospice and a new six-month period begins.

If you’re looking for hospice for a family member, it’s essential to spend some time doing your homework. Not all hospice care programs or facilities are the same. By asking some basic questions about their practices and philosophy of care, you can find the best hospice care available for your loved one.

Include your loved one in the decision-making process as much as possible. Studies have shown that hospice care is much more effective when the patients themselves are included in decisions regarding their end-of-life care.

Hospice has become a respected and established part of the medical community that provides care for hundreds of thousands of Americans each year. Not only are the lives of patients improved by receiving specialized medical assistance, but their families are also supported as well.

Looking to the future, we can expect this unique part of the medical field to continue growing, expanding, and improving in the level of support, coverage, and compassion provided to patients and their families.