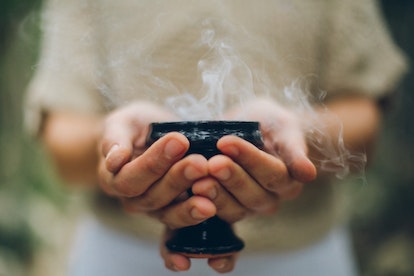 Funeral rites are a cornerstone of the Hmong faith and culture. The Hmong religion is traditionally animist, which means the Hmong people believe all living things are interconnected.

Observers of the Hmong faith believe in reincarnation, making funeral ceremonies that much more impactful. Hmong funeral rites are elaborate and meaningful, and they must be performed correctly. The steps and rites in a Hmong funeral are specifically designed to help a soul along its path to reincarnation.

This unique funeral service provides a deeper look into the Hmong religion, and if you’re preparing to attend one or simply interested, here are some basics to get you started.

COVID-19 tip: If you're planning a virtual Hmong funeral using a service like GatheringUs, you can still adapt many of these traditions, like wakes, prayers, and traditional music, to include your online guests. Brainstorm with your funeral director, event planner, or religious leader to help you figure out the logistics or any limitations.

Hmong Views on Death and Dying

Hmong people believe that life goes on after death. Their faith is focused on the reincarnation of a person’s soul in the next life.

Additionally, Hmong cosmology shares the notion that the human body hosts multiple souls. Depression, disease, and death can occur as a result of one or more of these souls becoming isolated.

When a Hmong person dies, practitioners believe that their soul begins a lengthy journey. The soul travels back to every place the person ever lived on Earth, ending in the burial location of the person’s placenta. The soul then dresses in its placental jacket and travels to reunite with ancestors. Only then can the soul be reincarnated.

Through this journey, Hmong funeral traditions begin from the moment a person is born.

Start planning
» MORE: When someone dies, they leave a life behind. This checklist takes you through the next steps.

Modern Hmong funerals aren’t all that different from rites of the past. The purpose of the whole funeral service remains the same: to help the person’s soul reunite with his ancestors and, subsequently, be reborn.

The Hmong people believe that anyone who doesn’t receive the proper funeral rites will be lost, destined to wander the afterlife alone for all of eternity. For this reason, the proper Hmong funeral rites are essential, and they often last three or even four days.

A traditional Hmong funeral doesn’t include a funeral director. Instead, a Hmong family and the community, including a shaman, prepare the body and host the funeral themselves.

After an autopsy takes place (if necessary), a designated family elder begins the rites by gathering extended family members. The extended family takes responsibility for pre-funeral preparations and hosting the funeral.

On the first day, family members will greet guests, accept gifts, and host prayers. Children will help pass out drinks, clean up after guests, and watch over the body. This is the best time to stop by and pay your respects as a non-family member.

The second day of a Hmong funeral is the day of offerings, or qhua txws. Relatives are often asked to slaughter a cow.

They must also bring in a basket containing a small cooked pig, rice, a bottle of wine, and other ceremonial items. The elder in charge of hosting the funeral then divvies up the cooked food items to serve to guests.

On the third day, the burial typically takes place. The drummer and qeej (a type of bamboo instrument) player perform multiple ceremonial songs throughout the day.

The qeej player then leads the way to the cemetery, followed by a woman carrying a torch. The funeral procession follows, carrying a casket or open stretcher containing the body.

After the funeral and burial, the Hmong people believe that the soul remains at its gravesite for 13 days. Ceremonial rites, including songs and prayers, take place during these 13 days.

On the final day, the family performs a xi. They invite the soul to visit their home in preparation for its journey.

They can postpone this ritual for up to one year. If the family doesn’t perform the soul-releasing ritual, however, the person’s soul will not be reincarnated.

Throughout the first and second days of the funeral, guests arrive in large numbers to honor the deceased and mourn with the family. During this part of the funeral tradition, a qeej player and drummer play ceremonial music throughout the visits.

After these three days, the family removes the body from the home, while the qeej player plays a ceremonial “Song of Mounting the Way.”

As the procession makes its way to the gravesite, the musicians play the “Departure Song” or qeej saxv kev. Midway through the departure song, the drummer stops, and the qeej player carries on the ceremonial music alone.

Non-family members are considered secondary guests at a Hmong funeral. A secondary guest of honor often brings a basket containing two cooked chickens, a piece of chicken liver, and golden joss paper to honor the deceased.

The golden joss paper, folded into a heart and attached to a branch or stick, is a traditional funeral offering for the deceased. Cooked food, like chicken or pig, is considered a gift to the family.

Many Hmong funerals will also have a table set up to accept money, too. This is called “sunshine money,” and it helps the family pay for funeral expenses.

In Western culture, Hmong funerals must make some adaptations. For example, not all guests who want to pay their respects will know how to give joss paper.

But you can still bring a respectful gift to a Hmong funeral. Most guests offer donations, known as “sunshine money,” as described above. Funeral flowers are acceptable as well.

The atmosphere of a Hmong funeral can be both traditional and modern. The rites will take place in a community center, funeral home, or family home. There may be traditional artwork or floral arrangements.

A traditional decoration that you’ll see most often at a Hmong funeral is the three-dimensional golden heart. This ornate golden heart is often made with various colors of joss paper. This is a gift and an offering to the soul of the departed to help them on their way.

The burial plays a crucial role in helping a soul on its journey through the afterlife, even with the lead up of the three days of preparation.

After the three days of mourning described above, a Hmong funeral procession will prepare a body for its journey. They may position the body on a table together with items necessary for the path to the afterlife, including alcohol, cooked chicken, and a knife.

The family then removes the body from the home and begins the journey to the gravesite. The qeej player leads the procession, along with the drummer. Behind the two musicians, a woman carries a torch, meant to light the way for the soul.

Along the way to the gravesite, the funeral procession can often go down a confusing route or make purposeful mistakes to confuse evil spirits.

One last ritual takes place before burial, the playing of a sacred song called the “Song of Expiring Life.” This final tribute is meant to inform the deceased that they’ve passed on and that it’s time to begin their journey to reincarnation.

The family then buries the body, traditionally on the side of a mountain, facing west. The Hmong religion considers west to be the direction of death. Additionally, if the body faces east, it may be blinded by the sun.

After the burial, the 13-day mourning period begins. It takes place in the home of the deceased, where family members will wait until it is time to perform the xi.

If you’re preparing to attend a Hmong funeral, you might be intimidated by the many rituals and traditions.

However, as a guest, you don’t have to know every detail of a Hmong funeral. Instead, you should be aware of some general Hmong funeral etiquette rules, which are described below.

Unlike typical Western funeral attire, during a Hmong funeral ceremony, attendees—especially relatives and descendants of the deceased—should dress down. The reason for this is twofold:

The first two days of a Hmong funeral are traditionally when guests stop by to offer condolences. The mood will be mournful, but will also be friendly and casual.

The family will serve food almost nonstop for the first two days, and children will be present. You might be invited to play card games, and it’s a good idea to offer help with tasks like cleaning up the dishes.

Be prepared to follow the family’s lead. Don’t try to push conversation about the deceased, but don’t shy away from it, either. If you’re invited to take part in a song, prayer or any other activity, try to follow along.

Gifts, cards, flowers, and other presents

Like many cultural traditions, Hmong funerals have adjusted to modern customs. If you’re attending the Hmong funeral of a friend, feel free to offer any gift that feels suitable to you.

A hand-written and heartfelt card, or flowers with a sincere sympathy message attached, is almost always appreciated. Other acceptable gifts for a Hmong funeral include food and donations to help cover funeral costs.

A Hmong funeral may sound complicated and intimidating to an outsider. But if you knew the deceased, you should offer your condolences regardless of your knowledge of the Hmong culture.

The family will likely help you understand what to expect at the funeral—especially if you ask. Most importantly, be sincere in your offerings of comfort and support.