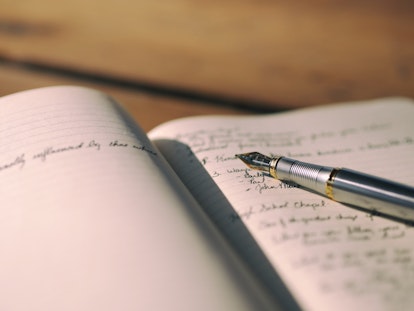 If you have a will, it is most likely drafted and presented in one of three ways: electronically, fully typed our, or typed and hand-written.

However, in about half the states, you may have a holographic will. This is a will that is entirely in the handwriting of the testator.

The purpose of a will is for the testator to express to a court how they want their property to be distributed upon death. People don’t often draft a long document, bring witnesses together to sign the document, make a statement about dying, sign their name, and have the document notarized unless they intend to draft a will.

However, sometimes people express their intent for the distribution of their property upon death in writings that they didn't draft as a will. When this happens, as long as the document is entirely in the handwriting of the testator, the court can treat the document as a holographic will.

A holographic will is simply a will that is entirely in the handwriting of the testator. It does not require any witnesses. For the states that recognize them, it is not that they necessarily prefer handwritten wills as opposed to typed wills. Rather, recognizing holographic wills is just a way to honor a person’s intent to transfer property upon death when they may not otherwise satisfy all the requirements for a valid will.

For example, if you handwrite a personal letter to a friend with no intention of creating a last will and testament, but in your letter, you express your intent for the transfer of your property when you die (assuming you die with no subsequent will), then a court could accept your letter as a holographic will.

Some people draft their entire will by hand because that is what they want to do. Others draft their will by hand because that is all they’re able to do. Often, holographic wills arise as a result of a last-minute testimonial by a testator who decides to leave property to someone who is not in their will. Sometimes they arise because someone is near death and hasn't yet prepared a will.

For example, there is a case in which a farmer was severely injured in a tractor accident. While he was stuck under his tractor in a winter storm for more than ten hours, he used a pen knife to scratch the following into the fender of his truck: “In case I die in this mess, I leave all to the wife." In fact, the farmer died later that evening. The probate court accepted the fender from the farmer’s truck as a holographic will sufficient to pass the farmer’s estate to his wife.

As long as the writing is entirely in your handwriting and satisfies the other requirements of a will, a court can accept any writing as a holographic will.

What goes in a holographic will?

Historically, there are four things that are required in a holographic will. It must:

Material portions of a will are those provisions that:

What makes it valid?

In every state, there are certain formalities or rules that have to be followed for the will to be legally valid (it has to be in writing, witnessed, signed, etc.). However, with every will, particularly according to a more modern approach to wills, what makes a will valid — even wills that do not satisfy all of the required formalities — is the court’s acceptance of the testator’s true intent.

In the modern era of wills, as long as a court can identify testamentary intent (the intent to dispose of property at death), there are laws that allow a court to overlook minor oversights and errors to rules for validating wills.

Difference between a simple will and a holographic will

Once either will is determined to be valid, however, each one is just as effective and legally binding as the other.

How to Write a Holographic WIll

Where accepted, holographic wills can be the easiest wills to execute because you do not need witnesses or a notary public. You just need to follow the following four steps.

Step 1: Write the entire will by hand

The first thing you must do to make a holographic will is to make sure that you write your entire will by hand (in ink).

If there are any words in your will that are typed on the page, this will not qualify as a holographic will. This means that for the will to be valid, you will have to have the required number of witnesses sign your will.

Step 2: Date your will

As part of what you write in your will, include the date on which your will is executed. Without any witnesses to the signing of your will, if you have passed away, there will be nobody to testify about when you signed your will. I

f you have any subsequent wills (or had any previous wills) that are found, it will be impossible to tell which is the most recent and, therefore, valid, will.

Step 3: Write that you want this document to be your will

If you are intending to write a holographic will, be sure to write that you're signing the document with the intent that it will serve as your will. This is easy and natural to include because this is, in fact, what you intend.

However, when someone attempts to submit another document (like the handwritten letter to a friend, referenced above) as someone’s last will and testament, it may be difficult to prove actual testamentary intent or the intent for the letter to serve as a will. This is because such letters do not usually include “death talk.”

Therefore, for any will, including a holographic will, you must include language indicating that where you discuss in the writing your wishes for the transfer of your property, you are doing so in anticipation of your death.

Be sure that you sign your will with the same signature with which you sign everyday documents. If your will is contested, someone who is familiar with your signature may have to testify that the signature on the will is yours.

How to Make a Holographic Will Legal

To make a holographic will legal, you just have to follow the four steps above. There is no magic formula or special words that you have to use.

The court can take any written item that contains the four parts noted in the above steps, and if they are all present, the court can accept that written item as evidence of your last will and testament.

Here are some common questions that many people ask about holographic wills and the answers to those questions:

Do all states recognize holographic wills?

No. Only about half the states have statutory provisions that allow for holographic wills.

Do holographic wills often get contested?

Yes. Holographic wills are more likely to be contested than statutory wills (wills signed by two or more witnesses) because there are fewer formalities protecting against fraud.

For statutory or witnessed wills, there are witnesses who see and hear the testator sign the will, there may be a notary who witnesses the witnesses, and the testator usually states clear intent for the document to serve as a will. Because of its nature, a holographic will is much less likely to be accepted as the testator’s intended will.

What would make a holographic will invalid?

In the few states that adopt the more modern approach to a holographic will, it may be invalid if:

Holographic Wills are Easy to Write But Difficult to Prove

If it is recognized in your state, a holographic will can be easy to write because it does not require witnesses to authenticate your signature. However, for the very same reason, holographic wills can be difficult to prove if someone contests your will.

To be sure your holographic will is valid, be sure that it’s: