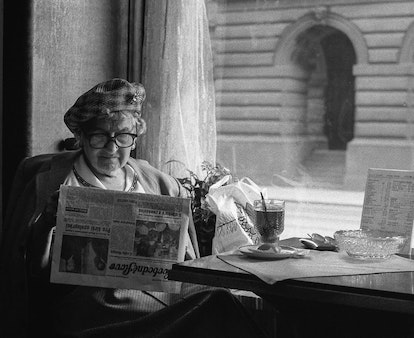 An obituary is a death announcement that typically appears online or in newspapers. Traditionally, this was the primary way people shared news of a passing. Nowadays, it’s mainly a formality, but it’s still an important part of the grieving process for families and friends.

Because this isn’t something many people write very often (if at all), there’s understandably a lot of confusion about how to write an obituary. One of the biggest questions is how long the average obituary or death notice typically is.

What’s the average length of word count for an obituary? While the answer isn’t exactly black-and-white, there are a few things you should know about the length of an obituary if you’re writing one for yourself or a loved one.

Average Length of an Obituary or Death Notice

On the other hand, with the rise of online media like online memorial websites and social media, there’s a lot of flexibility if you’re posting your obituary online. These websites don’t have the same restrictions and limitations as print, so you can get away with much longer obituaries.

In general, obituaries are typically around 200 words. This is a good length for keeping things short, sweet, and to the point. Remember, an obituary isn’t someone’s full life story. It’s a death announcement, so you don’t need to go too in-depth to share someone’s entire legacy.

How do you find obituary or death notice length requirements?

If you plan to submit an obituary, you’ll want to take a closer look at any length requirements. These are either limited by word count (for example, 200) words or characters.

The word count simply counts each word, so it’s a bit easier to follow. Conversely, the character count includes things like spaces, punctuation, and so on. You’ll find these requirements by looking in a newspaper or publication’s obituary section. Additionally, you can contact the section editor.

A short obituary is what you commonly see in newspapers and media outlets. These are often written by friends and family, and they briefly highlight someone’s life.

They include things like someone’s career, age, and surviving family. These obituary examples below are all under the typical 200-word mark.

Mina O’Connor, 79, of Tampa, FL, died on August 20, 2020, after a long battle with cancer. She was born in Kissimmee, FL to parents Karen and John Wiley. Mina worked as a high school teacher at Osceola County public school where she met her husband, Jim O’Connor. The pair married in 1970 before moving to Tampa. She is survived by her son, Kevin O’Connor, who continues her work as a public school teacher. Her family welcomes close friends and family to join them at Tampa Catholic Church on August 25 at 9 AM for a brief funeral service.

Oscar Roth, 63, passed away at home surrounded by family and friends on May 1, 2008. He was born on June 1, 1945, in Houston, TX, the son of late Madison and Dennis Roth. On June 4, 1980, he married Jane Doe. He worked as an engineer for the U.S. Army for 30 years before he worked locally to stay close to his family. Oscar is survived by his daughter and son, Liz and Tony, who remember him as a beloved father. He is preceded in death by his wife, Jane, and his brother, Roy. A service was held on May 3, 2008, in his honor. His family requests loved ones toast a drink in his honor.

Kathy Pickett passed away suddenly on September 25, 2016, at age 34 from health complications. Kathy was born and raised in Charlotte, North Carolina, daughter of Katherine and Tim Pickett. She attended North Charlotte high school where she graduated at the top of her class and continued on to the University of North Carolina. After earning her masters in Psychology. She worked as a child therapist for 5 years before her health got in the way, and she was dedicated to each and every patient. She held a very special place in her family and friends’ hearts, and they request donations be made to her alma mater in her honor. The family will be holding a private reception to share memories and laughs.

A longer obituary is an obituary that’s over the typical 200 character limit. These go into greater detail about someone’s life, accomplishments, and relationships.

Longer obituaries are usually creative obituaries, allowing more freedom to “break” with the norm to share someone’s legacy. See how these longer obituary examples below aren’t afraid to take risks.

Denny Stocks passed away peacefully in his bed at age 94 on July 1, 2012. He left behind quite the mess in his apartment, and his family has no idea what to do with any of it—especially his endless collection of baseball cards that he swore were worth a fortune (hint: they’re not). This beloved father, grandfather, and Mariner’s fan was born on May 10, 1918, to Annie and Alex Stocks in Tacoma, WA. Though he spent most of his adult life on the east coast, he never gave up his love for Washington sports teams. He could always be heard shouting over the TV and radio during games, and his family was forced to sit through one-too-many games over the years. Denny was the kind of father who was involved in everything, from ballet lessons to soccer games. He was everyone’s biggest supporter, and he always made his opinion known—even when it wasn’t welcome. Everyone who loved him will remember Denny for his wit, charm (when he wanted to be charming), and passion. His children plan to take a trip to a Mariner game next year in his memory. In lieu of flowers, his family requests donations to cover the cost of the funeral and burial. A celebration of Denny’s life will be held in his honor this summer.

It’s with profound sadness that we announce the passing of Margarette Anne, a loving and devoted mother and friend to all. She passed in her sleep on August 10, 2010, at age 100. Born in England, she served in the Women’s Force during World War II where she assisted soldiers near London. While serving, she met her beloved husband, Frederick who fought in the front lines. After the war, the married couple immigrated to New York where they settled in Albany. Margarette loved being a mother to Phyllis and Albert, and everyone will attest to her abilities to manage it all without batting an eyelash. She loved to cook, knit, and host her local book club. She volunteered with the Albany Women’s Shelter, vowing to help as many women as possible during her time on earth. She was devoted to her family and her community, and she will always be remembered for her service to others. A funeral will be held at her daughter’s home on August 20 at 2 PM. Her family welcomes flowers and donations to be sent to the Albany Women’s Shelter where a plaque is being hung in Margarette’s honor. Her legacy is proof that any one person can have a profound impact on those around them.

Arnold Hough told his last joke on April 10, 2010 age 40. Though he fought until the very end, cancer finally got the best of him. He died like he lived: by his own rules. He passed at home, despite the wishes of his doctor, surrounded by his wife and children. Defiant until the end, Arnold is remembered by his family for his courage, kindness, and commitment to getting the last laugh. Though he was only on the earth for a short while, he made sure to fit as many lifetimes as possible into that time frame. Born in 1970, he joked his way through school, decided to drop out of college after just one semester. His “gap year” turned into a never-ending search for the next biggest adventure. From cliff jumping in South America to shark diving in Africa, there was nothing Arnold didn’t do. He didn’t even slow down when he met his love, Amy. They married in 2000 and traveled together for several years before settling down to welcome their daughter Charlotte. Committed to his family and his friends until the end, Arnold was always there to break the ice, tell a joke, or just lend a helping hand. His family plans to scatter his ashes in the ocean this summer, and an intimate funeral is held for close loved ones. In lieu of flowers, Arnold requested friends and family send their favorite jokes to his beloved daughter, Charlotte.

A Written Legacy: Obituaries and Announcements

An obituary is more than just a highlight’s reel. It’s a reminder that every life is important and has meaning. Though limiting one’s entire existence to 200 words (or less) might sound like a challenge, it’s important to read between the lines.

If you’re writing an obituary or death announcement, use this opportunity to create something truly memorable. It’s these announcements that go on after death. They’re one part of our complex legacies, and they’re a form of remembrance in themselves.