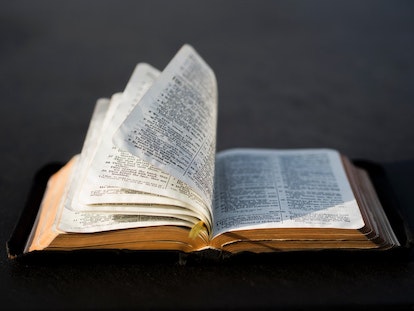 People who work in direct patient care in hospice have varied backgrounds in caring for the mind, body, and spirit of someone who is expected to die in six months. The hospice interdisciplinary team usually comprises a nurse, Certified Nursing Assistant (CNA), a social worker, and an interfaith chaplain. Each person contributes to the care of a patient and their family in specific ways.

The main job of the chaplain is in guiding the spiritual or pastoral care of the patient, supporting the family, and frequently serving as a chaplain to their colleagues. A chaplain is a listener, a ritual provider, and cares for people of all faiths, or of no faith. Becoming a hospice chaplain requires not only secondary and post-secondary education, but a heart and soul willing to be there during people’s most vulnerable and important moments in their lives.

How to Become a Hospice Chaplain

There are several steps to becoming a chaplain, but the very beginnings usually start with hearing a voice say, “Become a chaplain.” This call can be from Spirit, God, the Divine, or whatever you call a higher power in your life. Even hearing from people who are around you who see something in you, that you have never seen in yourself.

Chaplaincy is an interfaith ministry which means that chaplains are people of faith that serve people of all faiths, and no faith. I’ve even heard that there are chaplains of no faith tradition.

Chaplains are called to this specific kind of ministry in hospice care where they frequently address fear, forgiveness, finding hope, life review, and finding the sacred while dying. Chaplains can frequently be found attending to someone when they take their last breaths and can also attend a death on behalf of the hospice team. Hospice chaplains also help to officiate memorial, funeral, and graveside services at the request of a patient or their family.

The vocation of a chaplain can be simply described as offering guidance and spiritual support, and even more so when working in a hospice. But the calling and work of a hospice chaplain is more than just the tasks described above. These steps below offer a snippet of the journey that one can take to become a hospice chaplain.

» MORE: Take things one step at a time. Here is your post-loss checklist.

People usually start by going to a seminary, and study towards getting a masters of divinity or an M.Div degree. Degrees can vary, but seminary is a first step. Lots of people choose which seminary they attend by either their own faith tradition, but not always. Sometimes people choose a seminary that is located close to their home.

In the last 10 years since I went to seminary to become a hospice chaplain, seminaries across the country now offer online M.Div degree programs. This makes going to seminary possible with a full-time job, and not needing to relocate.

M.Div programs can last anywhere from two to three years to complete. In addition, some denominations require a student to do an internship, which may be a requirement across the board in a seminary or in a church setting.

Seeking ordination in a faith tradition or denomination is also necessary, and can also be a journey unto itself. Becoming ordained in the Christian tradition happens within smaller communities or gatherings such as a Conference, Association, Diocese, Presbytery, or Synod.

In the Jewish tradition, rabbis help those who want to be ordained as a rabbi. In Buddhism, there are several specific paths for monks and nuns to be ordained in the sangha community. Other traditions, like Islam, do not have an ordination process.

For the most part, the journey is communal, usually with people in the faith community, sometimes in various different leadership roles, that help support the journey and gauge the readiness of a candidate seeking ordination.

In my United Church of Christ (UCC) tradition, one needs to be a member of the church, have a group from your church endorse you, and then meet with a group of people in the Association to be endorsed to enter the seeking ordination process. Candidates meet regularly with a committee and take two required seminary classes.

After the ordination paper is approved, an Ecclesiastical Council is scheduled where the entire Association is invited to attend and a vote is taken on whether to ordain (I’ve never had anyone not be approved). Then an ordination ceremony is scheduled.

This can be an overall lengthy process, taking sometimes five years or more, but more frequently the process takes two to three years.

Most hospices now require at least one unit of Clinical Pastoral Education (CPE) to be hired. CPE is an educational discipline designed to teach pastoral care to clergy and others. Outside of seminary, it is a method of educating hospital and hospice chaplains as well as spiritual care providers in the United States.

Journeying with people who are going to die and bearing witness to their life through storytelling and memory making is not for the faint-hearted. As a hospice chaplain, you’ll be asking questions about their life, death, dying, and on top of being present at their death. It is a ministry like no other. It is serving and caring for people and there are immense joys and immense sorrows.

Sometimes I think that the journey to becoming a hospice chaplain is so long because the journey itself is an act of discernment, or wondering, questioning, and understanding your own wisdom about being able to be with someone for this sacred period of time as their pastor.

It is incredibly fulfilling. We are not really meant to journey to death alone, and to be present to and with people at the end of their life, is a sacred honor. There is a lot of traveling from one home to another, or facility to another. And you meet incredible people along the way, whose stories will move you to incredible sadness and tears, to incredible joy and laughter.

After caring for hundreds of patients and their families, my most favorite memory was that our hospice team realized that a patient of ours wanted to marry his longtime partner before he died, and the entire team sprang into action getting a wedding dress, food for a reception, and rings. I helped secure the wedding license and officiated at the wedding. What a wonderful day it was! He died three days later.

Does a hospice chaplain usually work full-time or part-time?

Both. Most hospices have full-time chaplains working a typical day shift. Part-time chaplains, if available help to cover the day shifts when chaplains are on vacation. Hospices are 24/7, and so depending on the hospice, chaplains usually do on-call shifts, which is how I started in hospice.

I worked two nights a week at an on-call job as a chaplain and attended deaths during the night. I would start my shift at 5 p.m. and have my Blackberry on my nightstand when I went to sleep, and my shift would end at 7 a.m. I would be called out to a death, meet up with the nurse who had to pronounce the death, and then wait for the mortuary to arrive, with a family that didn’t know me, and I didn’t know them. Those two nights grew to five nights a week over the course of almost two years. I look back at that time as being some of the most holy and sacred work as a chaplain I’ve ever done.

What can I do to prepare myself for hospice chaplain training?

Talk to pastors. Talk to hospice chaplains. Visit seminaries in person and online to find your best fit. Read memoirs like Tuesdays With Morrie, Being Mortal, or When Air Becomes Breath  or other books about hospice. If you’re someone who believes in prayer, pray for clarity about becoming a hospice chaplain. A book that was incredibly insightful for me was Wounded Healer, by Henri Nouwen.

It was foundational for me to understand that my own experiences with death and my subsequent grief contributed to my understanding of the gifts I have now as a healer.

Our Greatest Gift, A Meditation on Dying and Caring, also by Nouwen, is a great read about how to be present and bear witness to someone who has a terminal diagnosis who will die. His writings were inspirational for me on my own journey to becoming a hospice chaplain, and I return to these books frequently for Nouwen’s wisdom and reminders about the journey of our own mortality.

I would also add that spending time in reflection or journaling to understand yourself and your call, and your own places of grief would be a helpful process.

Being a Hospice Chaplain is a Reward Like No Other

Planning to be a hospice chaplain requires many, many conversations with others who are there to support and encourage your journey. It is the most rewarding work of my lifetime, but it is also the hardest work I will ever do.