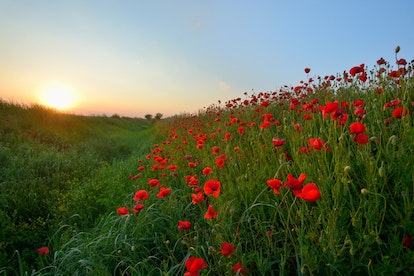 Humanism is a philosophy or life-stance that values human nature and innate morality over religious ideology.

Humanist funerals resemble traditional funeral services in many ways, but they don’t include sacred iconography or worship of any kind. Instead, humanist funeral ceremonies and services are highly individualized. Still, many humanist funerals follow a similar outline and feature many of the same elements.

If you’re interested in humanist funerals, or you’re planning to attend one (whether it's in-person or a virtual funeral experience), this article will help answer your questions.

Humanist Views on Death and Dying

Humanism revolves around science, compassion, and the individual dignity of human beings. Humanists believe that people are capable of living morally-responsible lives without believing in a higher power such as God.

Since they don’t believe in an afterlife, humanists rely on the here-and-now to determine their morality.

Humanism doesn’t believe that a soul passes over or that a soul can observe his or her funeral ceremony. Therefore, humanist funerals are primarily for the benefit of the mourners, rather than for the deceased.

Tip: If you plan on hosting a virtual Humanist funeral using a service like GatheringUs, discuss with your funeral planner or director on how you can adapt these traditions for the service.

Example of an order of service

A song or several songs will often play as attendees arrive at the funeral location and greet one another. The funeral music may be modern or classical, but it will always be non-religious.

Pop songs with references to God, Jesus, or an afterlife (think Tears in Heaven) aren’t considered appropriate for a humanist funeral.

Once all attendees are present, the humanist celebrant opens the ceremony with welcoming words.

A funeral celebrant plays a role similar to that of a clergyperson like a priest or rabbi. Celebrants are usually licensed to perform civil services like weddings.

Next, the celebrant or a family member of the deceased reads a tribute. The tribute is similar to a eulogy, and it includes a heartfelt depiction of the person and his or her life. The initial tribute may also include poetry.

There may be additional personal tributes, or family members and friends might read funeral poems and passages or quotes from secular books and movies.

The speakers generally offer their tributes standing in front of the attendees, in much the same way that eulogizers speak at traditional funerals.

The celebrant will usually call for a moment of silent reflection after the tributes come to a close. This isn’t a time for prayer, as humanists don’t recognize any specific higher power. Instead, it’s a time for each person to reflect on their feelings and their relationship with the deceased.

6. Removal, covering, or lowering of the casket

Throughout a humanist funeral ceremony, the casket usually sits closed in front of the attendees. Once the tributes and moment of silence have come to an end, the celebrant and family members will cover the casket, remove it from view, or lower it into the ground.

The celebrant draws the funeral to a close by sharing some final thoughts. He or she will also thank the attendees for coming to the service and let them know where to go for the wake.

Non-religious songs play once again as attendees share words, prepare transportation to the wake or reception, and say goodbye.

Humanist funerals often feature readings and poetry. These may be recited by the celebrant or by family members and friends.

Poems and passages read at a humanist funeral are often heartfelt and emotional, but they can also be lighthearted and uplifting. Most importantly, there are no religious themes or undertones to the readings. Instead, they deal with human emotions and the direct experience of grief.

Some examples of poems or readings you might hear at a humanist funeral include:

Role of a humanist celebrant

As mentioned above, a humanist celebrant acts as leader of the funeral. Like a priest, rabbi, or imam, the celebrant begins and ends the service. He or she guides the service and determines how the ceremony proceeds.

Towards the end of the service, the celebrant typically leads the congregation in a moment of silence. Then, he or she closes the service with a few more short words.

Throughout the service, the celebrant guides the tone of a humanist funeral. Rather than focusing on religious ideals like an afterlife or higher power, a humanist celebrant will speak on dealing with loss and celebrating life. They also usually customize these speeches based on the deceased.

A celebrant usually has training and endorsement from a humanist association or society.

Humanist funerals are unique in that they’re often held at the burial site, rather than in a church or temple. This might be at a cemetery or a natural burial location. Likewise, the ceremony might take place at a mortuary or crematorium if the deceased wished to be cremated.

If the funeral doesn’t take place at the burial site, it may take place at a community venue, a park, or a funeral home. After that, the attendees may travel in procession to watch the casket as it’s lowered into the ground.

Humanist funerals typically end with a reception or repast at the family’s home. The family may provide a meal, or guests might each bring a dish in potluck style. The wake is a time for sharing condolences, telling stories about the deceased, and giving sympathy gifts.

Each humanist funeral has differences based on the individual’s personality. This might include decorations that match the person’s lifestyle, and it often includes colorfully-painted caskets.

Humanist funerals sometimes feature the planting of a tree in tribute to the deceased. The tree—or, alternatively, flower paper—may be a gift from family and friends.

Similarly, humanist funeral services themselves can be highly personalized. They may be simple and take place at the burial site, or they may be more elaborate and feature an ocean-side ash-scattering.

This depends primarily on the wishes expressed by the person before they died.

Humanist Burials and Remembering the Dead

A humanist funeral resembles traditional religious funerals in many ways. The primary difference is that you won’t observe any sacred music, words, or practices.

The fundamental goal of a humanist funeral is to celebrate the life of the deceased. Rather than somber or formal affairs, humanist funerals lean towards more joyful remembrance.

Family and friends will be mourning their loss, of course, but they usually put a positive spin on the ceremony and on their tributes.

The poetry and music at a humanist funeral aren’t exclusively mournful, but they’re usually hopeful and emotionally expressive.

How much does a humanist celebrant charge for a funeral?

A humanist celebrant usually charges between $200 and $400 for a funeral service. You can shop around with different celebrants in your area if you’re interested in finding a lower-cost celebrant.

How much does a humanist funeral cost?

All in all, many factors can affect the price of a humanist funeral. The average price of a funeral in the United States is $7,000. This cost includes the burial site, service fees (in this case, the celebrant), the casket, embalming services, and transporting the body.

How can you start planning or arranging a humanist funeral?

Almost anything can be part of a humanist funeral, as long as it’s not religious in nature.

To start planning a humanist funeral, whether it’s for yourself or a loved one, think about the individual’s personality. You can follow the outline of a service provided above, but you can also alter the service and add features as you see fit.

You might also want to think of something that will make the funeral memorable, like releasing balloons, lighting paper lanterns, showing a memorial slideshow, or playing unique music.

What do you wear to a humanist funeral?

When you’re choosing what to wear to a humanist funeral, it’s best to stick with formal clothing in dark colors.

A humanist funeral might have an alternative dress code, like bright colors or the deceased’s favorite colors. If this is the case, the family will usually state the preferred dress code in the funeral invitation.

Whether you’re getting ready to attend a humanist funeral, planning one yourself, or you’re just interested in how a non-religious funeral ceremony works, the information above is an excellent place to start. If you want to create a funeral that’s personalized and non-traditional, you might consider a humanist ceremony.