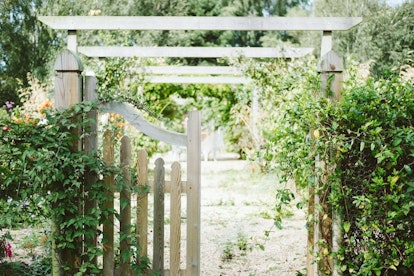 Grief is a natural reaction to loss, but sometimes it is so painful you can’t face it right away. Instead, you may develop a constant stomach ache or ongoing muscle pain. This is a sign of inhibited grief, where physical complaints take the place of typical grief reactions.

Some people may hold off their grief until the funeral is over or until the estate is settled. Others may push off their grief for longer with no end in mind. Inhibited grief can hide behind a lot of other issues.

Keep reading to find out what inhibited grief is defined as, but also how it can appear in anyone dealing with the death of a loved one.

What is Inhibited Grief?

Grief is a uniquely personal experience. Some people are more open about their emotions, and others keep their feelings to themselves. There’s no right or wrong way to grieve, so it’s OK for your grief to look different than everyone else’s. As long as you accept your loss and use healthy coping methods, you’ll keep moving through the process. You’ll learn to live with your loss and keep moving forward.

When you experience a traumatic or sudden loss, grief can become inhibited or blocked. You may decide, consciously or not, that you can’t accept your loss at that moment. You’ll eventually move through the stages of grief, but it will take longer.

You may develop chronic stomach problems, muscle soreness, or migraines. Meanwhile, you continue to avoid the reality of your loss and end up not moving through your grief.

How Does Inhibited Grief Work?

Grief can become inhibited when you can’t face your loss right away. For as long as it’s pushed aside, grief will show as physical symptoms and complaints. Eventually, your grief will resurface, along with the emotional pain that was pushed aside.

The following shows different factors that can affect how your grief develops.

Being strong for others

You become stoic and strong for everyone else’s sake. You wall off your emotions so they don’t show to others. This can also be influenced by:

Being afraid of falling apart

It may take every ounce of your strength to stay in one piece. You try everything to avoid falling apart emotionally. This can be driven by other fears or worries, such as:

You see and hear people talk about your loved one dying, but you still can’t believe it. It doesn’t seem real to you yet. For several weeks or months, other people may see you:

Drinking or drug use may help you cover up your emotions. You might feel more relaxed and forget about them for a while, but your grief doesn’t go away. Here’s what else can happen when you self-medicate:

Multiple losses can involve people, animals, property, money, or opportunities. Your mind can only wrap around so much loss and change at one time. A storm that severely damages your home can be hard to deal with, but if it also kills a family member, you may be devastated.

If you lose your business and your father within a few months, it may take you longer to accept and cope with both losses. Trauma can often occur with multiple losses. Grief becomes more complex and becomes drawn out.

You may feel so struck by your loss that you also lose some of your identity. This can happen if you are particularly close to someone or if the loss is very personal. You may feel disoriented about who you are until you begin moving through your grief. Here are some elements of identity that can be affected by loss:

When grief has nowhere else to go, it will take space in your body. Physical complaints will develop in the place of typical forms of grief expression. Instead of feeling sadness, you may feel intense back pain. Rather than cry, you might have ongoing digestive problems.

The examples below show physical manifestations of grief in more detail and how they can disrupt a person’s life.

Kylie and her fiancé had just celebrated their engagement with her parents and said goodbye for the evening. A few hours later, she received a call that her parents had both been killed in a car accident on their way home.

For months after the accident, Katie complained of extreme fatigue. She didn’t appear particularly sad to her friends or family members, nor did she talk about her parents much. She was just always tired. She was late for the funeral because she could hardly get out of bed and went home as soon as it was over.

Katie also cut down her hours at work for several weeks because of exhaustion. She was usually an energetic, busy young woman, and her extreme fatigue was out of character for her.

2. Daily headaches - staying strong for others

Jim was the oldest of his siblings and the owner of the family business. When his father died, Jim felt it was important to put on a strong face for everyone else. His family and many community members looked to him as a leader, and he didn’t want to let them down.

Through the funeral and family gatherings, people praised him for being so strong. A few months later, his wife realized she’d never seen him shed a tear or express sadness over his father’s death. Instead, he developed daily headaches that made him feel like going to bed early. Jim got little relief from medication, extra sleep, or any other remedies.

3. Chronic back pain - not accepting reality

Mike woke up one night to find his wife Suzy complaining of a burning feeling in her arm. Fearing a heart attack, he called the ambulance. Suzy seemed OK when she left the house, but she died suddenly on the way to the hospital.

After a few days off, he got back to his job. He complained about his back pain daily and occasionally mentioned how Suzy would take good care of him. His coworkers became very confused because he talked about her as if she were still alive.

Julia’s twin sister Marcy was slowly declining with terminal lung cancer. As Marcy deteriorated, Julia felt emotion rising within her like water filling behind a dam. This emotional build-up made her anxious about Marcy’s eventual death. Julia was afraid of becoming hysterical and drowning in her feelings.

On the night Marcy died, Julia felt a sharp pain in the pit of her stomach. Julia woke up every morning with this pain, which sometimes became intense during the day. Julia went to the funeral, helped with Marcy’s belongings, and continued going to work.

Julia occasionally talked about Marcy, but she didn’t seem sad. Instead, she often had a pained look on her face and frequently brought up her stomach issues. She went to several doctors but couldn’t find relief. Her pain sometimes kept her home from work and social events.

Learning to Cope Despite Inhibited Grief

Inhibited grief occurs when you show few outward signs of grief and develop physical problems instead. While it may seem like you are moving past your grief, it’s simply taken another form.

Grief can be an overwhelming experience. If you feel like you’re struggling with your loss, counseling therapy may be helpful. Grief can be painful, but you don’t have to go through it alone.