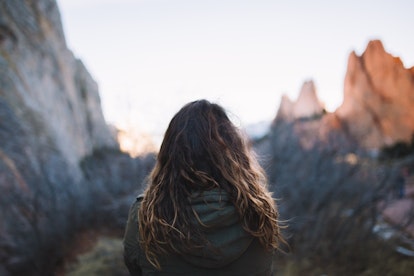 It’s a rather challenging task when it comes to categorizing, classifying, or labeling the different types of grief. Typically, a wide array of grief responses can be considered normal grief reactions. No two people will ever have the same feelings and experiences after a death. This is true even of those people who’ve suffered the same loss within the same family.

It’s worth examining the generalization about gender differences in the way men and women grieve and cope with loss. When it comes to gender, society tends to emphasize gender roles when it comes to grieving styles.

Instrumental grief and intuitive grief are two grieving styles identified by psychiatrists Terry Martin and Kenneth Doka. Both of these grieving styles can be seen through the lenses of gender in Western society, though anyone can exhibit these emotions and actions. Typically, Western society expects men to be strong and stoic, while women should be emotional and sensitive.

What's the Intuitive Style of Grieving?

In general, Western culture emphasizes an emotional grieving process, which is characteristically more female. Tears and sadness are commonly associated with grief and mourning. Our society sees this as an appropriate and acceptable way to express sorrow attributed to loss. Doka and Martin categorize this type of emotional grief response with the intuitive style of grieving.

What's the Instrumental Style of Grieving?

A person who suppresses their grief-related emotions is said to have a grieving style related to instrumental grieving. This type of grieving is more cognitive-focused and is characterized by a problem-solving approach to healing. People who exhibit these qualities tend to direct their energy into the physical manifestation of grief.

Simply put, an instrumental griever will focus more on doing things rather than on their emotions. They may approach their healing from a more problem-solving approach as opposed to an emotional one. An instrumental griever is one who thinks rather than feels their way through the grief process. They’re known to ask many questions and look for a hands-on approach to finding a solution. This grieving style is a masculine approach to grief, although any gender can fall into this category of grieving.

What Are the Main Differences Between Intuitive and Instrumental Grieving?

People who identify within the gender binary as either men or women may deal with their grief differently. Men are typically thought of as being less emotional than women. Although men often suppress the outward manifestation of grief, it’s not to say that they don’t feel the same intense pain and suffering following a loss as women do.

Their different grieving styles are typically associated with being characteristically "masculine" or "feminine.” However, gender in these grieving styles contributes to the differences between intuitive and instrumental grieving.

It is important to remember that these assumptions are unhelpful because they will never fit someone all the time. Yet we might feel ashamed, guilty, or weak for not feeling or acting our part, according to our learned gender behaviors. Because of this, it is expected that some men tend to focus on what they think about their loved one's death, and some women tend to focus on how they feel about their loss. This is one of the main differences outlined between instrumental versus intuitive grief.

You can see below the other ways in which these grieving styles compare and contrast.

An intuitive griever is apt to express their grief through feelings and emotions. They go through the grief process in ways that are more emotionally extreme than others. They also heal by sharing with others their thoughts, feelings, and emotions. Characteristically, their grieving style reflects their feelings mirroring their behaviors. A person who is an intuitive mourner will progress toward healing by exploring their feelings and sharing them with their support group. An intuitive griever will do well by seeking online grief counseling or therapy.

2. Intuitive expressing vs. intuitive holding in

A more stereotypically feminine way of expressing grief is through crying and lamenting. These feelings and emotions are typically expressed in public and in front of other family and friends who can relate to the mourner’s grief over their loss. Both men and women express grief intuitively. It is also important to remember that this style of grieving is not reserved for the female gender. When describing their lamentations, the outward manifestations of grief mirror their inner experience. A person who exhibits outward expressions of grief is typically also feeling these same feelings on the inside.

A typical feminine style of grieving is showing an outward expression of grief. Sadness, mourning, and crying are all examples of expressing your grief. These external manifestations are usually associated with the feminine way of grieving. In showing how grief has affected them, women let others know that they’re suffering, subconsciously inviting members of their social circle or support group to comfort and help as they mourn their loss.

It is expected by contrast that men generally keep busy to avoid their feelings. They tend to put their feelings into action and experience grief physically rather than emotionally. A man will generally deal with loss by focusing on what’s next on their to-do list and on other goal-oriented activities. They instead do things rather than sit around talking about their feelings or crying over their losses.

This is why you’ll see a man jump to action in planting a memorial garden or chiseling away at a memorial stone. These types of activities offer a man the opportunity to accomplish things directly related to his loss as he experiences his grief.

4. Inability to concentrate vs. focused attention to detail

For an intuitive griever, there are times when they may feel confused, unable to focus, disorganized, and disoriented. These symptoms and grief-reactions link to the grieving style of a more sensitive and emotional person. Like all other grief-related symptoms, these will gradually ease with time. You can work your way out of these general feelings of unease by focusing more on healing from your grief and working through it rather than trying to get over it.

Instrumental grievers are typically masters at problem-solving. They have generally mastered strategies that help them keep their feelings and emotions under control. Anyone can fall under this grieving style, although it’s typically associated with a more masculine kind of grieving. One of the downfalls of this approach is that it still leaves room for brief periods of inability to function cognitively. Confusion, forgetfulness, and even obsession can creep into an instrumental griever’s grief journey.

Because an intuitive style griever puts in a lot of physical emotion into their grieving, it’s not unusual for them to experience physical exhaustion, overwhelm, and anxiety. A person who’s continually crying or lamenting over their loss expends a lot of energy on their grieving. It’s not unusual for an intuitive griever to make comments such as, “I stayed up crying all night,” or “I feel so exhausted from crying all day.”

A person who’s having difficulty controlling their emotions or who cries incessantly and uncontrollably for days on end will benefit from talking with a professional grief counselor who can coach them through the different stages of grief. Together, they can develop a plan to ease their pain and suffering as they work toward healing.

Alternatively, a person who experiences grief instrumentally will not only suffer enhanced energy levels but can, as a result, miss some of the more subtle grief symptoms as they come up. These can include feelings of melancholy, sadness, and sorrow. While trying to keep themselves busy, not confronting their feelings and emotions, they miss the telltale signs of grief.

Not being aware that they’re suffering in specific ways makes it more difficult to heal from grief. In the long run, the suppression of grief’s outward expression can lead to more complicated grief later on in life.

Looking at Instrumental vs. Intuitive Grief

Our society places a high value on what are appropriate responses to grief following a loss. The traditional roles men and women face having a direct effect on how they grieve. Instrumental and intuitive grief are only two of the ways that people process their grief. There are many other ways to successfully cope with grief, including a hybrid of these two styles.

You’ll instinctively know what grieving type you fall into after arming yourself with knowledge and information. Remember, there’s no wrong or right way to grieve. Focus on getting through your grief one day at a time until you feel emotionally healthy enough to take the next steps toward healing.