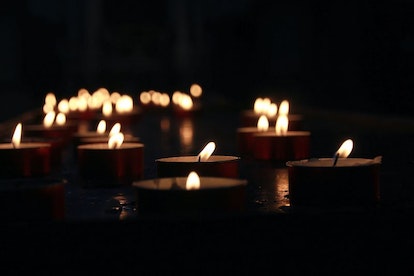 Throughout the year, we’re invited to remember those who came before us and their suffering during specific days. While these historical moments should always have room in our thoughts, taking a single day to honor their memory and their legacies is a powerful form of remembrance. One such example of this is the International Day of Remembrance of Victims of Slavery.

This observance takes place every March 25th, and it’s a day sponsored by the United Nations. Slavery has a dark history in many parts of the globe, and these histories don’t always get the attention they deserve.

Though it’s hard to remember something so painful, this is one of the many ways we can respect the dead who lost their lives in the slave trade. Educating ourselves about their stories, realities, and importance in the greater fight for equality is the most important way to keep their memories alive. What exactly is the International Day of Remembrance of Victims of Slavery? How can you do your part on this important date?

How Did the International Day of Remembrance of Victims of Slavery and the Transatlantic Slave Trade Start?

Thought the transatlantic slave trade is over 400 years old, the International Day of Remembrance of Victims of Slavery and the Transatlantic Slave Trade didn’t begin until 2007. It took hundreds of years to get here, and now it’s essential for us to put this day of observance to good use in honor of these victims.

For context, the transatlantic slave trade was the largest forced migration in history. It was also one of the most inhumane. For over 400 years, slaves were traded across the Atlantic to North America, South America, Europe, and beyond.

Between 1501 and 1830, a startling 4 Africans crossed the Atlantic for every one European. Though we think of this period as a European diaspora, it truly was an African one more than anything else.

Today, large populations of people with African descent live throughout the Americas and Europe. Their culture is deeply ingrained in these nations, and these memories deserve to be honored.

A day of remembrance

While these victims deserve much more than a single day of remembrance, this is still an important part of the legacy of slavery. The General Assembly of the United Nations declared the 25th of March the International Day of Remembrance of the Victims of Slavery and the Transatlantic Slave Trade in 2007. This is a day to be observed annually.

Aside from a single day of observance, this initiative also called for an outreach program to be created within the United Nations. This program mobilizes to include schools, universities, civil societies, and other organizations to fight racial injustice and prejudice.

Though small, this was an important first step in the fight for equality. It’s hard to understand the 400 years of suffering that went into the creation of this single day, and there is so much work to be done.

» MORE: Loss is hard. Get help with a post-death planning checklist.

Where Will You Find People Commemorating This Day?

The United Nations leads many of the demonstrations and events on this important day. Each year, there is a different theme to educate the public about an aspect of the transatlantic slave trade. In 2020, this theme was “Confronting Slavery’s Legacy of Racism” which addressed some of the many ways racism presents itself modern-day.

There are a lot of places to find people commemorating this day, both in-person and online. The best way to get involved is to simply join the community and follow the United Nations to see its latest initiatives.

One of the easiest ways to see people commemorating this day is by looking online. The United Nations produces numerous digital events to honor this day of remembrance, and many of these are led by the top influencers and activists in this space.

In addition, many local groups and historians use this day to share the stories and history of those victimized in this slave trade. Social media is a great place to find news, stories, and information.

As the headquarters for the United Nations, it’s no surprise there’s a lot of people who observe this day in New York City. The Ark of Return is a permanent monument that stands as a reminder that racism and inequality still exist today despite hundreds of years passing after the end of slavery in the western world. There is also a reflection pool and a global map depicting the scale of this slave trade.

During this day of observance, people gather to pay their respects at this impressive monument. It’s a strong reminder not only of the work that’s been done, but also the work that is still needed in the fight for justice.

Finally, you’ll also find many people honoring this date on university campuses and within local organizations. Social justice groups are active across the globe, but these groups are mobilized at greater levels within these institutions,

Universities and local groups often find creative ways to honor someone, and this date is no exception. Check with your local community to see if any events are held on a campus near you.

How Can You Do Your Part On the International Day of Remembrance for Victims of Slavery?

We can all take this day to do our part. No matter if you’ve ever participated in the International Day of Remembrance for Victims of Slavery, there’s no time like the present to begin. Small or large, all acts of remembrance matter.

The most important way to honor the lives of the victims of the transatlantic slave trade is to educate yourself. Unfortunately, much of the public knowledge and education around this trade is whitewashed and vague. It doesn’t truly explain the horrors and realities of these individuals.

Taking the time to educate yourself with first-hand accounts and stories of the victims does a lot to widen your perspective. By educating ourselves, we no longer stay complicit in the whitewashed narrative. From there, learn how these cultures affected your local community.

Many people are surprised to know that slavery still exists in modern-day. Across the globe, people are trafficked and trapped in slave labor and exploitation to create some of the products we use every day. While this is true in many industries, it’s especially true for products like coffee, chocolate, and clothing.

When possible, shop fair trade. When you shop fair trade goods, you know that the workers were treated and paid fairly for their labor. This is one of the best ways to use your money for good in the ongoing fight against slavery.

Speaking of using your money wisely, donations are always a great way to contribute. On this day of remembrance, donate money to a group that fights for equality and justice.

Look for groups that create real change in terms of equality, social change, and education. These are the ones that need your help more than ever, no matter how small your contribution.

Attend or host a vigil

In many cultures, it’s common to light a candle for someone who died. This is a way to honor their memory and evoke the warmth of someone’s spirit symbolically. Attend or host a vigil, even if it’s just in your own home. Reflect on the lives lost, their legacy, and all of the feelings that come with this.

Though simple, it’s important to keep these memories and stories alive. Even small efforts count, and you can use your time for good on this day.

Finally, it’s impossible to ignore the realities of racial injustice and prejudice in society today. Though we’ve come a long way since the transatlantic slave trade, the remnants of systematic racism are very apparent in all aspects of our modern world.

Educate yourself about the role racism plays in things like police violence, prejudice, and privilege. How can you use your voice for good? More importantly, what changes can you make in your own life?

Remembrance as a Way to Fight for Change

Though the International Day of Remembrance of Victims of Slavery is long overdue, it’s important to put this day to good use now. Taking a day to honor the victims of this 400-year slave trade is a powerful tool for education and change, but it can’t end there. Let this day be a stepping stone on the path for justice.

There is so much to learn about the transatlantic slave trade, and there are endless stories to tell. It’s our job to use our voices to amplify those who lost their lives at the hands of injustice. This is the only way forward if we want a future free from slavery and prejudice.