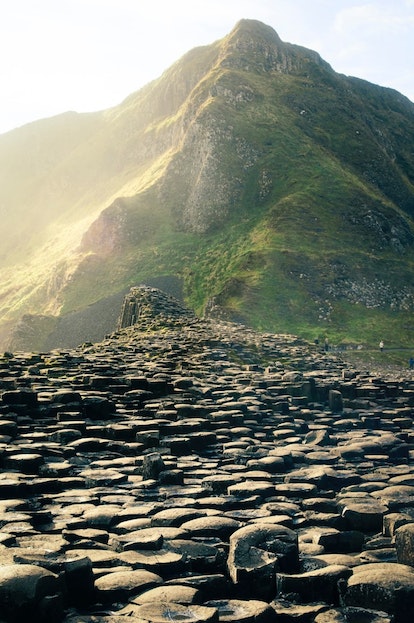 Irish funerals can be as diverse and unique as a person who passes away. They’re filled with many traditions, but the music selection is one of the most important parts of the in-person or virtual funeral ceremony. Music allows people to come together to celebrate, mourn, and pay tribute to a very special person.

You may not always know the right words to say, and sometimes a lyric or melody will resonate with people in a way that words simply can’t. You can also consider putting some of these songs into a playlist and share it along with a Spotify gift card as a sympathy gift for someone in your life who's grieving the loss of a loved one.

Not every song here is rooted in Irish history — we’ve included a blend of traditional Irish songs and contemporary music commonly played at Irish funerals.

The variety of funeral songs allow a little something for everyone based on the personality of the deceased and can help strike a balance for the right “mourning atmosphere.” You’ll be sure to find something on this list that tugs at your heartstrings.

COVID-19 tip: If you're hosting a Zoom funeral using a service like GatheringUs, make sure to test your audio beforehand, so online and virtual guests can enjoy the playlist together.

Some people prefer a traditional Irish funeral. Do you? If so, you’ll appreciate this compilation of some of the most classic tunes on our playlist.

Tip: Creating a funeral playlist might be just a small part of your post-death responsibilities. If you need helping sorting it all out, check out our post-loss checklist.

There are many interpretations of this 1912 ballad, but many people identify with it as a farewell song.

This particular tune originated in the 1770s as a Scottish song but it’s often played at Irish funerals.

Irish bagpipes are often played during funerals if a loved one served in the military, police force, or other service-based position.

4. “Nearer My God to Thee” by John McCormack

This moving Christian prayer song is the perfect addition to a traditional Irish funeral ceremony.

There are many versions of this song, which portrays the singer’s longing for her home.

6. “Down by the Salley Gardens” by Steve Forbert

William Butler Yeats penned this poem, which was later turned into a song commonly played at funerals.

7. “My Lagan Love” by John McCormack

Longing for a love that is unattainable is the common theme of this song, which makes it appropriate to play at funerals, too.

8. “The Curragh of Kildare” by Dexys

Many people prefer to play only the instrumental version of this song to express the longing of someone that you can no longer have.

9. “When Irish Eyes Are Smiling” by Chauncey Olcott

“When Irish Eyes Are Smiling” is more of a celebratory song that is often played at funerals with a more upbeat vibe.

This song is known as an Irish lullaby and is also about missing someone that you loved very much.

Mothers tend to hold a special place in the hearts of those who loved them. This collection of music is perfect to add to a mother’s funeral.

If you need more songs to add to your playlist, head over to our picks for the most beautiful funeral songs for mom.

11. “She Moved Through the Fair” by Pádraic Colum

The lyrics to the song are more of a love ballad but the melody is appropriate for a funeral for the matriarch of a family.

Timeless and beautiful, “Amazing Grace” is a favorite of many people and it’s commonly heard at Irish funerals.

Saying goodbye to your mother one last time can be difficult, but this song may bring some comfort.

14. “Always Look on the Bright Side of Life” by Monty Python

In a survey of over 4,000 people, 15% said they would play this humorous ballad at their funeral or the funeral of someone they loved.

15. “Over the Rainbow” by Judy Garland

This is an American song but many Irish funerals include this whimsical piece as part of their funeral ceremony.

16. “Wind Beneath My Wings” by Bette Midler

This is one of the most-played songs in Irish funerals because it thanks someone for being a part of your life.

This song describes a special relationship and the impact it had on your life.

18. “You’ll Never Walk Alone” by Gerry and the Pacemakers

Incredibly common among football fans, this song can take on a completely different meaning when you attach it to the special relationship you had with your mother.

This song is about protection and love, which is all too common in the relationship between a child and a mother.

20. “On Eagles’ Wings” by Michael Joncas

This traditional song is perfect for saying good-bye to the woman who had a lasting influence on your life.

Fathers are often the backbone of the family, and the music played at a father’s funeral should certainly showcase that role.

This song list includes a variety of music to suit the ambiance at a father’s funeral. If you’re looking for more, check out our picks for the best funeral songs for dad.

“My Way” is an exceptional song because it depicts how a person lived life on his own terms.

This is one of the most popular songs played at an Irish funeral, and it clearly explains the love and remembrance a person has for his or her father.

23. “The Soft Goodbye” by Celtic Woman

Simple and sweet, this song defines what it means to say good-bye to someone for the final time.

24. “Everybody Hurts” by Ray Kelly

“Everybody Hurts” is a gentle reminder of how so many people feel during a funeral, and the soft melody is quietly comforting.

25. “Tears in Heaven” by Eric Clapton

This song is about reuniting with a loved one in heaven one day.

It offers so much solace to know that one day, you may be reconnected with your loved one.

27. “Jealous of the Angels” by Donna Taggart

This song expresses how many people may feel when their loved one moves on to heaven.

Peace and comfort is something many mourners search for after the death of their father, and this song certainly addresses that.

This sentiment is something many fathers have likely said to their children.

30. “May the Road Rise Up to Meet You” — Irish Blessing Song

“May the Road Rise Up to Meet You” is a traditional blessing song that is often played at funerals as a final farewell.

Irish funerals certainly put emphasis on the finer details of the ceremony. The songs listed here will make an incredible addition that will suit the musical preferences for anyone who prefers Irish music or songs that are commonly played at Irish funerals.

Song selection is an incredibly personal aspect of funeral arrangements. Whether you plan your own service or assist someone with theirs, be careful not to overlook this critical part of the ceremony. Music can be a much-needed piece of the puzzle and can really bring people together.

From playing a song that speaks to you to setting up an online memorial page, or even having a cremation diamond made, there are plenty of ways to honor and remember a loved one. If you're looking for more funeral planning ideas, read our guides on planning a virtual funeral and how to set up a funeral live stream.