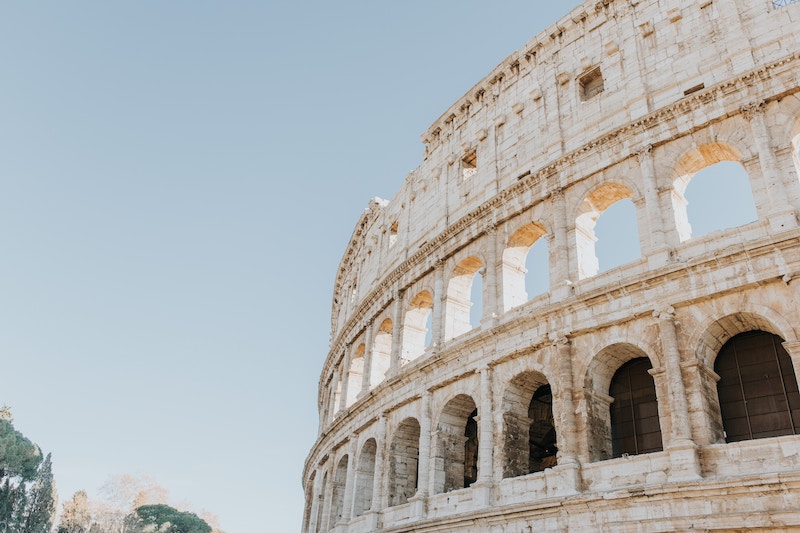 The rich culture and history of Italy are impossible to separate from the strong religious influence of the Roman Catholic Church. Italy contains the highest number of Catholic parishes in the world, and it’s not surprising that Roman Catholicism permeates every facet of Italian life.

In fact, over 80 percent of Italians identify as Catholic, so you'll see a lot of similarities to traditional Catholic funerals.

Within each region and city, Italian culture is built around close-knit communities. The best reflection of their relationship is in the 'Roseto Effect.' In the '90s, Researchers found that the Italian-American Roseto Community had a low mortality rate, noting that any incidents of heart attacks were much lower than their neighbors. The existence of strong community connections is one of the most common denominators for people around the world who tend to live longer.

But in particular, the closeness of Italian families is commonly reflected in any large family celebration, from marriage ceremonies to funeral services. At most large events, it is expected for extended family members and friends to attend, no matter how far they live.

If you are planning your loved one’s funeral or are simply interested in Italian funerals, here are some details about the rituals and etiquette involved.

How Italians View Death and Dying

Italy is home to Vatican City, the smallest independent city-state in the world. The Vatican is the headquarters of the Pope (leader of the Roman Catholic church) and its government. Prior to 1984, the Italian government was firmly connected to the church.

The modern Italian view on death is rooted in Roman Catholicism, given its lengthy history in the country. Roman Catholics believe in heaven, hell, or purgatory after death. Italians have many celebrations for their saints and their deceased loved ones, celebrating on other culturally shared days like All Saints' Day and Day of the Dead.

They believe that life after death is like another journey, with the soul continuing to see, hear and taste. Italians leave offerings for souls that come at night on the Day of the Dead, not unlike Mexican traditions with an Ofrenda.

Start planning
» MORE: How do you host a virtual funeral? Start here

Traditional ritual practices in Italy were based on folk beliefs. Italian peasants believed if certain rituals weren’t followed then the spirit of the deceased could return to haunt the living. The deceased may have been buried with objects that they used like cigarettes or coins.

Precautions were taken for the dead to stop spreading the disease to the living. At La Necropoli dei Bambini, or the Cemetery of the Babies, researchers found bodies of children buried with small sacrifices like puppies and animal bones to pacify the soul from returning. One 10-year-old girl was buried with a stone in her mouth. Another girl had stones weighing down her hands and feet to stop her from returning to haunt the living.

Later, Italian funerals became more concerned with the proper display of the body. The deceased was embalmed (if the family could afford it), wore expensive clothes, and was surrounded by elaborate flowers.

In traditional southern Italian villages, expenses were not spared for funerals, even for poorer residents. As mentioned before, efforts were made to stop the soul from returning to the living. Villagers believed that the deceased were unwilling to make their journey into the afterlife. To stop evil from entering the body, they sprinkled salt around the home and on the chest of the deceased.

Funeral services differed between the signori (or mayor), landowners, and their peasants. The signori had more money to spend on elaborate funerals centered around the deceased. Here are some common traditional practices outlined below:

Italian funeral rites are largely focused on calming the soul through prayer. Periods of mourning are different based on the city location but the family usually wore black from one to two years.

The modern Italian funeral is a community affair. Here are examples of Italian etiquette you may find different than American funerals:

Roman Catholic hymns are often translated from English to Italian at funerals.

Selections from Italian composers and singers such as the opera singer Andrea Bocelli are favorite songs to play at a funeral. Families may want to opt for an Italian composer at their funeral.

Roman Catholics are firm believers in the Holy Trinity—or the unity of the Father (God), the Son (Jesus) and the Holy Spirit. Typical funeral prayers heavily involve the Trinity as part of their wish for God to guide their deceased loved one as well as traditional prayers used in mass.

Here are some familiar prayers you may hear at your loved one’s funeral:

It is important for Roman Catholics for the priest to pray over the dying to ease their passing. Family, friends, or clergy members may say prayers on three occasions. They are:

The wake before the funeral can take place anywhere, including the church, family home, or another comfortable location.

Next, the family holds funeral mass at a church. Lastly, the remains are moved to a cemetery or interred at a graveside service.

Elaborate flowers are an important sign of respect for the family and their loved ones. Traditionally, floral wreaths were attached to caskets. The landowners had more elaborate wreaths. They were in the shapes of the moon, stars, and clock to help ease the soul’s journey into the afterlife.

Today, flowers with banners adorn the casket. Flowers are present in the church or given as a gift to the family. It’s best to choose traditional flowers like chrysanthemums, carnations, roses, or lilies.

You can expect the funeral to be a family affair. A somber and hectic mood may meet you at the family’s home. Italians don’t shy away from death, and you can expect funeral etiquette to be traditional and family-centered.

You want to wear dark colors, usually black, at an Italian wedding. Casual attire like jeans and sneakers is discouraged since it can be seen as a sign of disrespect to the family.

You can also read our guide on what to wear at a traditional ceremony.

Italians place great emphasis on flowers. Instead of a monetary donation or material gift, you may want to consider bringing food. Before the funeral, the family will usually host guests at their home and share in a meal.

The family isn’t expected to cook while grieving, so bringing meals can be a very helpful gesture.

Italians are usually buried, yet the location of the remains may shift over the years. Due to lack of space, burial plots can be rented for a period of ten, twenty, or thirty years.

Later, the remains are placed in a communal area or cremated. It is popular for boxes of older remains to be stacked together and put into a recess in a wall. It is important to note that under Italian law, the deceased cannot be buried until 24 hours pass.

Because of restrictions, ground burials are becoming less common. In recent years, cremation is becoming a popular option due to cost and space. As of 1963, the Roman Catholic Church lifted the ban but there are some guidelines:

Paying Your Respects at an Italian Funeral

The Italian funeral is less about joy and more about grief. You can expect to see the family with their hearts open and grieving. Italy's funeral history focused on the soul and religion. As long as you follow traditions and etiquette, you can feel confident when attending an Italian funeral.