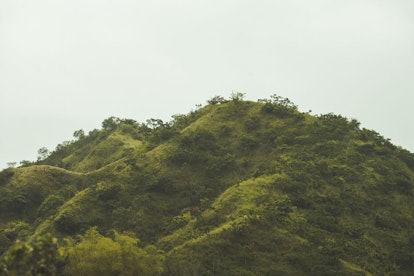 In Jamaica, funerals are a way to bring the whole community together in celebration. These funerals are a mix of African, European, and Christian customs. During the days of slavery, these traditions were a way to protect African traditions and rituals. Over time, they’ve blended with local and European conventions due to colonialism. All of this has resulted in a time-tested funeral tradition unlike any other.

Jamaican funerals today are rich in history, customs, and etiquette. To learn more about what to expect at a funeral in Jamaica, keep reading this guide. These unique funerals are a glimpse into the complex, lively history of Jamaica and its people.

COVID-19 tip: If you're planning a virtual Jamaican funeral using a service like GatheringUs, you can still adapt many of these traditions, like nine nights, receptions, and pre-funeral rituals, to include your online guests. Just speak with your funeral director or event planner to help you figure out the logistics or any limitations.

The cornerstone tradition in Jamaican funeral customs is the practice of nine nights. Also known as “Dead Yard” or “Set-up,” this is a celebration on the ninth night after the passing of a loved one. The symbolism of nine is from the belief that a person’s soul lingers for 9 days after death. During these nine days, the ghost of the person (known as a “duppy”) lingers. They’re known to exact revenge on anyone who has wronged him or her.

On the 9th night, the ghost frees itself from the earth. This occasion requires a proper send-off, hence the nine night celebration. During this party, there is music, dancing, and storytelling. It’s a tradition for the family to give proper respects to the dead, so the ghost doesn’t continue to haunt the community.

Before nine nights, there will be a short religious ceremony. This is commonly held in the home of the deceased, but it could also be in a church. Hymns and prayers let the soul know that it’s time to leave this place. Historically, Jamaicans believed the soul would return to Africa. Nowadays, most believe the soul is going to heaven.

On its surface, nine nights is a wake similar to other Christian traditions. If you take a closer look, you discover it's really a homage to the journey of the human spirit into the afterlife.

Now that you understand the significance of nine night let’s examine some of the other funeral customs and protocol. Against, these date back to pre-emancipation days. They’re a living story of the perseverance of tradition in the face of adversity.

Sample of the order of service

In the 1700s and 1800s, the funeral service needed to be immediately after death. The warm, tropical climate made it impossible to wait since the body decomposed quickly. Thanks to new embalming technology, most Jamaican families today wait at least nine days to begin their funeral service.

The family hosts nine night in the home of the deceased person. It typically begins at 8 pm on the 9th night after his or her death. The celebration begins with hymns and prayers. Over the night, friends, family, and community members share stories of the deceased from both good and bad times. There is food, drink, and merriment.

The burial is on the 10th day after the death of a loved one. This is the day after the nine night wake. After the burial, the service is over.

Funeral flowers are common in Jamaica. The casket of a loved one is often decorated with floral wreaths and arrangements. The most common types of flowers are roses, lilies, and orchids.

While the type of flower is less important, there is a lot of attention paid to color. The colors associated with death in Jamaica are red and white. Because of this, funeral floral arrangements are typically red and white as a symbol of death.

Popular songs and styles of music

In more extravagant celebrations, a live band is standard for nine night. Even for intimate celebrations, music is a typical part of the fun.

It is surprising to learn that these bands aren’t likely to play church hymns or other Christian music commonly found at funerals. Instead, you’re more likely to hear Reggae music. Dancing helps the guests keep up the fun and merriment. Popular funeral songs include reggae and dancehall hits like:

Food and drink are a large part of nine nights and Jamaican funerals. Like all cultures, food brings people together. At nine night, you’ll see food like goat soup, cooked green bananas, white rice, and other traditional Jamaican food. As for food, there are a lot of boozy libations like white rum.

It’s not uncommon for a family to set food and drink aside for the deceased person as well. His or her spirit joins the family during their celebration, so they need their own share.

After the funeral, mourners throw dirt between their legs towards the gravesite. This prevents the ghost of the deceased from following guests home. The deceased person’s belongings are also broken and placed on the grave to stop more deaths from coming to the family. All of these traditions protect the family from the soul of their loved one.

There are a handful of unique customs associated with these funerals that you might recognize from similar traditions. Like other practitioners of Christianity, there are specific steps carried out when someone dies. First, family members cover all the mirrors in the home. The furniture is also rearranged so the ghost is no longer familiar with the house. Family members worry that the ghost of the deceased will haunt their past residence.

When the family removes the body from the house, they do so feet first. It’s considered to be good luck to sweep behind the body as it’s carried from the home. This releases the negative energies from the person’s body, and it also symbolically cleans the house.

Finally, it’s also common for family members to pass a young child over the body in the casket several times. This stops the spirit from causing any harm to the child or the family. Again, most of these traditions stem from the belief that the soul needs to escape the body.

Finally, let’s discuss the proper Jamaican funeral etiquette. While these funerals are typically very relaxed events, there is proper etiquette. These traditions all have significant meaning to those in this culture, so it’s essential to always be respectful.

If you’re attending a nine nights yourself, be sure to dress well. Family and friends dress in their best clothes. While guests wear black clothing for the religious service, nine nights does not have a formal color dress code.

For the burial, it’s also appropriate to wear black. Children often wear white to symbolize their purity, but adults will wear black or neutral clothing. Most guests dress conservatively.

The best way to offer your condolences is to partake in the merriment of nine nights. Most of these occasions are large and lively. It’s not uncommon for them to be open to the entire community.

Many outsiders are surprised by just how energetic and exciting nine night parties are. This is not a time for mourning. Jamaicans see death as a natural part of life. As such, it’s a time to celebrate when a soul finally leaves this earth after nine days. To offer your condolences, be mindful of this celebration and join in.

Jamaican Burials and Mourning the Dead

After the funeral or nine night celebration, the body is buried the next day. In the past, slaves used crops as grave markers. Because of this, grave markers and headstones are of great importance to the Jamaican people. Today, families will wait up to a month to raise money for burial within a proper plot with a market. With the cost of funerals rising, this is a greater challenge for many.

Family and friends put rum, money, food, and trinkets in the casket of the deceased to help them get to the afterlife. For those killed by witchcraft or murder, the family places knives or other weapons in the casket for seeking revenge.

Despite hundreds of years passing since colonial times, these pre-emancipation traditions are still alive and well in Jamaican communities. Across the globe, you can find hints of these cultural traditions within communities of immigrants. People in Jamaica believe in the reality of the afterlife. Because of this, they don’t outwardly mourn their dead as people do in other traditions. Instead, they pay respects through celebration and fun.

A Glimpse Into Jamaican Funerals

Jamaica has a rich history dating back centuries. The Jamaican funeral customs and traditions survived through times of slavery as a way to protect African beliefs. Over time, these funerals blended with European and Christian beliefs to create the one-of-a-kind experience they are today.

From the celebration of nine night to the intricate burial practices, every step in this funeral process has its own meaning. Nothing is an accident. This grand celebration of death brings life to Jamaican communities across the globe. These gathers take on a life of their own.