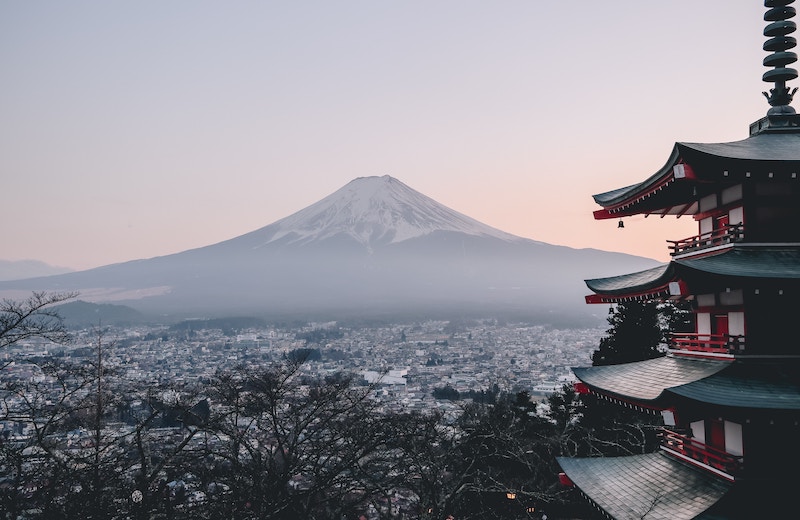 Japanese funerals draw influence from cultural and religious customs. As with many ancient cultures, there’s an emphasis on honor and etiquette. Buddhism, which is the predominant religion of the country, also plays a part in the funeral process, so you'll see several overlaps between Japanese and Buddhist funerals.

The proceedings are less celebratory, and instead, tend to be more formal with a focus on honoring and respecting the deceased and their family.

Japanese Culture on Death and Dying

Most Japanese believe in reincarnation and the idea that a person’s soul lives on after death. The body of the deceased is kept in a family member’s home or a temple until after the wake when the remains are cremated.

From there, an urn containing the bones of the departed is kept in the family’s home, and eventually will be brought to a graveyard and left at a monument or gravestone.

What Happens During a Japanese Funeral

Japanese funerals are executed with a large degree of ritual and formality. Appropriate behavior and attire are expected. Friends will bring gifts and make offerings to the departed.

The funeral process is more involved for the immediate family members, who may make special offerings or be tasked with handling the person’s bones after cremation.

Many Japanese homes have small shrines or altars with personal objects for each family member. Immediately after the death of a family member the shrine is covered with a white piece of paper to ward away evil spirits.

The body will be cleaned, and dressed in a white burial kimono or a suit. A family member will moisten the lips of the deceased to keep them refreshed before their journey into the next life.

Funerals are held at the home of a family member or a Buddhist temple the day after the wake.

Japanese funerals are formal affairs where typically only family and close friends attend.  Attendees may be given gift bags with cards and tea.

Once you arrive at the funeral you may approach the offering table, bow and say a short prayer for the soul of the deceased. Family members will offer incense at the offering table. Other attendees can also make offerings if the family has provided them a space to do so.

A Buddhist priest will chant prayers called sutras. After this ceremony, the deceased will be given a new name to use in their next life. These names are ancient and often difficult to pronounce.

The coffin containing the person’s remains is then sealed and cremated.

Role of prayers and songs

A Buddhist priest will kneel before the coffin and chant prayers called sutras during the funeral.

Duration of the ceremony

Japanese culture has a deep belief in social etiquette. Guests should behave with respect, offering condolences to the family members and staying silent while the priest chants the sutras.

Much like the Western tradition, it’s customary for funeral attendees to wear the color black for mourning. Men wear suits. Women wear kimonos or conservative dresses with no jewelry.

This guide provides a deeper dive into what is typically worn to a funeral in the United States and is a good starting place if you aren’t sure what to wear.

Japanese funerals are somber affairs. The mood is one of respect and formality.  It’s fine to offer condolences but loud displays of emotion aren’t encouraged.

Mourners typically bring monetary gifts in envelopes designed with white and black string.  These gifts help the family pay for funeral services which can be costly–the average cost of a funeral in Japan is 2.3 million yen. The envelopes are often wrapped in red cloth to make them more discreet and then placed on a special table at the funeral home.

The money should be in an odd and not even denomination, as some numbers are considered bad luck in Japanese culture. After the funeral, people will bring offerings of flowers or drinks enjoyed by the deceased to the person’s gravestone.

What Happens After a Japanese Funeral?

After the funeral, the coffin will be sealed and sent off for cremation.

Beyond wakes and funerals, the Japanese also celebrate a festival called Obon to honor the dead that occurs over three days in August. During this time, the bereaved make offerings and clean the graves of their friends and family.

The vast majority of bodies in Japan are cremated. Only the immediate family may attend the cremation. After the burning, family members use chopsticks to pick out bones from the ash which are then carefully placed in an urn.

They start with the bones of the feet and move up to the head. This way the deceased will not be placed inside the urn upside down. Some of the larger bones may require two people to lift. Because of this custom, it’s a strict cultural taboo for two people to hold the same item simultaneously with chopsticks because it can remind others of the death ceremony.

Depending on family beliefs, further memorial services may be held on the days that fall in multiples of seven from the funeral date.

Because of the belief in reincarnation the Japanese take solace in the fact that their departed will live once more. While death is never easy, this concept can help ease the pain for those that have suffered a loss since they may be reunited with their loved ones.

Celebrating and honoring the deceased

After the deceased’s bones are placed in an urn, the family will keep it at their home shrine for thirty-five days. During this time it’s customary to have incense continuously burning.

Once this period is over the family will typically move the urn to a Haka (family grave) at a local cemetery. They will place the urn at a grave or monument where the name of the deceased is engraved in stone.

Japanese funerals are sobering and ritualistic affairs. In some ways, they resemble Western traditions yet they also entail many unique customs and approaches to the funeral process.

Make sure to follow the guidelines we’ve outlined in this article, and attending a Japanese funeral should be a moving and memorable experience.

Honor a loved one with a virtual funeral or memorial.

GatheringUs will take care of the planning, logistics, and technology.