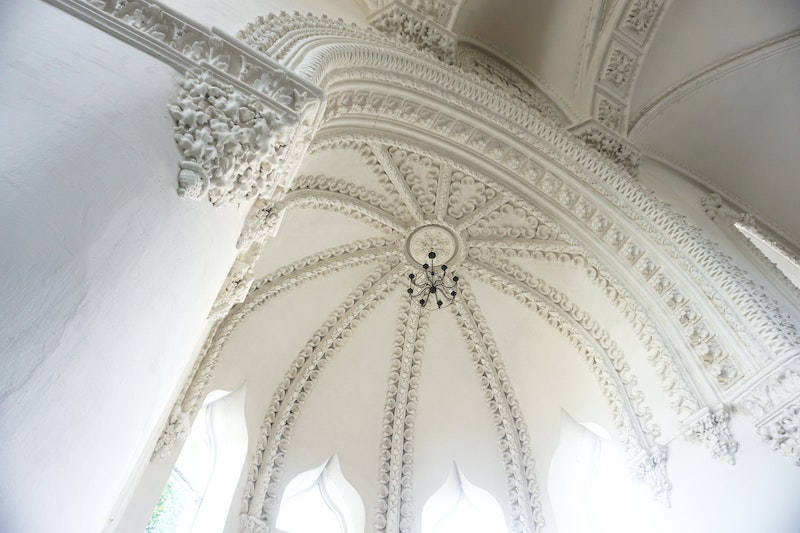 Jewish faith establishes a series of rituals and customs after the death of its believers. The community and local laws determine the specifics of Jewish funeral traditions and there are a few critical details that remain constant for most burial customs.

Jump ahead to these sections

Tip: If you're planning a virtual Jewish funeral using a service like GatheringUs, you can still partake in the traditions below. Talk with your funeral director or event planner to see what rituals they can adapt for a live stream.

Sitting shiva is an incredibly sacred part of the Jewish funeral tradition. It is the seven-day period that follows the burial of the deceased. Shiva is not observed on the Sabbath or major holidays.

Shiva is usually observed in the home of the deceased, but it is not uncommon for people to observe shiva (or “sit shiva”) in multiple locations at the same time. Some families follow the seven-day period and others may only participate in shiva for a day or two. Much of this depends on the deceased’s wishes.

Many traditions occur during shiva that may vary from home to home. For instance, it’s commonplace for mourners to stay home from work and school during this period. It’s also considered proper etiquette for mourners to wash their hands after the burial and before entering the home where shiva is held — to cleanse away the loss and death associated with the cemetery.

Once inside the home, mourners may sit in low chairs as the symbolism of their grief. Mirrors are covered to keep the attention on the deceased rather than personal appearance. It’s also a tradition to burn a large candle during shiva.

What Happens During a Jewish Funeral

Jewish funeral traditions are incredibly straightforward. The burial must occur as quickly as possible following the death — traditionally within 24 hours.

However, some communities postpone burial for a few days to allow non-local family members to make their way to the ceremony. It is a well-orchestrated custom and the utmost respect is given to the one who has passed away.

Jewish funerals can be held in different locations. They’re often held at burial sites, funeral parlors, or cemeteries. It’s commonplace for more a prominent individual’s funeral to be held at a synagogue.

It’s typical for mourners to be limited to first-degree relatives such as parents, siblings, children, and spouses. However, there are some allowances made when the deceased is young — more specifically, under 13.

Mourners typically carry the casket from the hearse to the grave. This process is usually completed in seven stages, with a momentary pause between each one. Once the mourners are seated, opening prayers begin. Prayers are typically read from Psalms, which is followed by silent prayer.

Eulogies are often read as a way to honor the dead and comfort the living. The casket is lowered as additional prayers are said at the gravesite. Once in the ground, mourners add a shovelful of dirt to cover the casket. It’s a tradition to place the shovel back in the ground rather than hand it to the next person in line — this is a way to not pass personal grief from one person to the next.

There are a series of prayers typically said at a traditional Jewish funeral. Some of those include:

Kel Maleh Rachamim (Prayer of Mercy): God, full of mercy, who dwells in the heights, provide a sure rest upon the Divine Presence's wings [...] Therefore, the Master of Mercy will protect him forever, from behind the hiding of his wings, and will tie his soul with the rope of life. The Everlasting is his heritage, and he shall rest peacefully upon his lying place, and let us say: Amen."

This prayer, which is for rest and peace, is said not only during the burial but also on the anniversary of the deceased’s death.

The Mourner's Kaddish: “Magnified and sanctified be the great name of God throughout the world, which He hath created according to His will. May He establish His kingdom during the days of your life and the life of all the house of Israel, speedily, yea, soon; and say ye, Amen."

This prayer is recited during the funeral and during shiva. It highlights the life of the loved one and is recited every day for 11 months and at each anniversary of the deceased’s death. The intent is to focus on the future rather than death.

Yizkor: Yizkor is a memorial prayer is spoken the first holiday after the passing of a loved one. It is intended to highlight charitable acts of kindness and honor the memory of loved ones.

Duration of the ceremony

Traditional Jewish burials are incredibly brief. The process takes 20 minutes and the mourners continue their customs at home during the seven-day shiva.

Etiquette at a Jewish Funeral

Jewish funerals are simple but full of reflection and remembrance. They’re overall a very quiet affair and they’re intended to be personal and peaceful for those who attend. People come together to pay their final respects and honor the lives of their loved ones in a respectful and faithful manner.

You might be wondering what you should wear to a funeral. As you might imagine for such a quiet type of ceremony, modesty is of utmost importance during a Jewish funeral.

It is customary for men to wear long pants and a dress shirt. It’s socially acceptable for women to wear dresses or skirts that fall below the ankle.

The experience is more somber than other burial customs may be, because there are no flowers or music at the funeral. It is a time to reflect, pray, and mourn.

Bringing Gifts, Money, or Other Presents

During shiva, gifts of fruit baskets or food trays are often accepted. This is in large part because mourners aren't supposed to cook or participate in other activities during this time.

Many families will invite people into their homes to pray and spend time remembering the deceased. Flowers and money are not traditionally received during the funeral or shiva.

In many ways, Jewish post-funeral traditions are more elaborate than the funeral itself. This is the time where the family members take a moment out of their lives to pay their respects and pray for their loved one as they leave this world.

Procession to the cemetery

If the funeral starts somewhere other than the burial site, then the mourners will follow the body in procession. One of the most notable parts about the procession of Jewish funeral is its number of pauses.

Typically, there are seven pauses because it allows the living to consider their existence and how they live their lives free of vanity. The mourners should always follow the casket and never walk in front of it.

The Jewish faith prohibits cremation — instead, the intent is to allow the body to decompose naturally and embalming is also prohibited. The casket is traditionally always biodegradable and should not include nails.

The body is not displayed, nor is it customary to place flowers on the grave. Jewish families may wish to wrap their loved one in a burial shroud.

Remembering and honoring the dead

The Jewish culture is very intentional when it comes to remembering those who passed. Not only do family members participate in the 7-day shiva, but the death anniversary is a time to recite a prayer and remember those who have departed from this world.

Traditional Jewish funerals place a lot of emphasis on respect and remembrance. Customs allow you to honor those that have passed on and provide an appropriate backdrop for mourners to grieve and honor the deceased.

How do you host a memorial during a pandemic?

Organize a virtual event with help from our friends at GatheringUs.