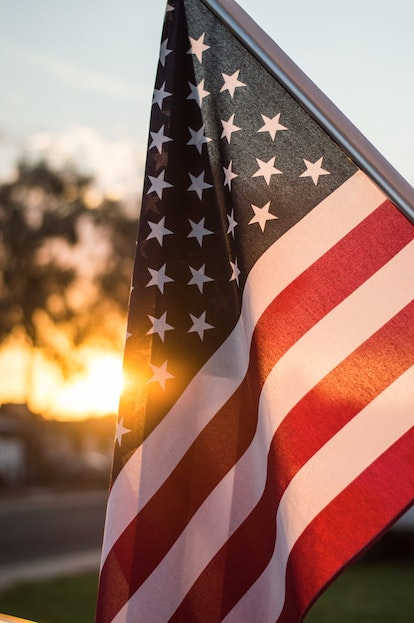 John McCain, an American politician, died on August 25, 2018. Known as a political maverick, he was beloved and admired on all sides of the political spectrum for his military service, strong beliefs, and kindness.

Known for running against Barack Obama in the 2008 presidential race, his heroic military service, and his political career, McCain’s death was a mournful occasion for many Americans. His funeral was held on September 2nd, 2018, and politicians and leaders from all walks of life attended to pay their respects.

Attending a celebrity or politician’s funeral isn’t always possible, but many people in the general public still feel grief. Learning about the funeral service can bring a sense of closure after the loss of a larger-than-life political figure. What were John McCain’s funeral and burial like? How did those closest to him honor his life and service?

As a political leader, John McCain’s funeral was a grand affair. His funeral was among the most noteworthy of the year, attended by some of the biggest names in politics and beyond. It was a testament to McCain’s legacy and impact. The service demonstrated that though he is gone, his influence lives on.

John McCain’s public funeral was held at the Washington National Cathedral in Washington D.C. on September 1st to honor his political achievements. It is considered the highest honor to have a service in this well-known cathedral in the nation’s capital.

His closest family and friends also held a private ceremony in Arizona at 10 am on his birthday. The service was held at North Phoenix Baptist Church.

Before the service in D.C., John McCain’s body “lied in state” at the U.S. Capitol. This is a tradition where the body of a public official is placed in a state building to allow the public to pay their respects. He was only the 13th senator to lie in state at the Capitol Rotunda. This honor is reserved for the nation’s most “eminent” citizens.

After lying in state, the McCain family escorted the deceased along Pennsylvania Avenue to the Vietnam War Memorial, where a wreath was placed in his honor.

Finally, the family made their way to the Washington National Cathedral. The service began with a tribute and eulogy reading, highlighting McCain’s life of achievements. His children read their tributes and a poem. The poem McCain selected for his funeral service was “Requiem” by Robert Louis Stevenson. Following his children's readings, former presidents and senators delivered remarks in honor of McCain.

Music played a large role in John McCain’s funeral, as it does in many religious services. The family made patriotic picks such as “Battle Hymn of the Republic, “Amazing Grace,” and “My Country, ‘Tis of Thee.”

McCain’s presidential rivals, former President George W. Bush and President Barack Obama, were invited and in attendance. He notably did not invite the sitting president at the time, Donald Trump, with whom he had tension in his final years.

There were many notable speeches given at John McCain’s funeral. Some of the most heartwarming words were from McCain’s very own political rivals. Former President George W. Bush remarked, “Some lives are so vivid it’s difficult to image them ended…John McCain was a man of deep conviction and a patriot of the highest order.”

Former President Barack Obama gave a similar speech. Though he fought McCain for the presidency, he notes that these battles were “a privilege, something noble.”

Speeches were also given by Dr. Henry Kissinger, Joseph Lieberman, and John McCain’s daughter, Meghan McCain. This was an opportunity for those who knew him best to say final words about his life and impact.

John McCain was diagnosed with brain cancer in 2017. Though he received treatment, he knew death was on the horizon. He spent his final year planning his own funeral services. He discussed his wishes with his closest friends and family, and he trusted them to carry out his end-of-life plan.

He also invited his own speakers to his funeral, asking the former presidents to say a few words after his passing. It was at McCain’s specific request that Trump was not included.

All of his wishes were carried out by his family upon his death.

Politicians have some of the most famous graves, and John McCain is no exception. He wished to be laid to rest at the U.S. Naval Academy Cemetery in Annapolis, Maryland. Today, people from all walks of life can visit to pay their respects.

Senator John McCain was laid to rest in Annapolis, Maryland, at the U.S. Naval Academy Cemetery. This cemetery carried a lot of significance for McCain. He was a 1958 Naval Academy graduate, and this was a place he described in his memoir as “where it all began.”

His service in the military was significant to him and his career. In 1967 while fighting the Vietnam war, his plane was shot down in North Vietnam. He was held for five and a half years as a prisoner of war. Being buried in this cemetery is a nod to his military experience and the men and women who served with him.

John McCain’s grave is located next to his longtime friend, Admiral Chuck Larson. Larson was one of McCain’s former classmates at the Naval Academy, and he passed away in 2014. In his memoir, McCain wrote that he had looked up to Larson since they were boys, and he couldn’t imagine his final resting place being anywhere else.

His grave overlooks the Severn River, and it’s a beautiful place for quiet reflection. There is an open space at his gravesite for his wife, Cindy. This final resting place was chosen per his wishes, and it brings peace to his family and supporters, knowing he rests somewhere he felt at home.

As far as famous obituaries go, John McCain’s boasts an impressive legacy of achievements, activism, and change. Throughout his life, he served both in the military and in politics, fighting for the causes he believed in. Though he clashed with many across the political spectrum, he was widely respected and beloved.

Senator John McCain’s impressive, noteworthy funeral is a sign of a life well-lived. Though he is no longer here, his work carries on in the lives of those he touched and in his home state of Arizona. His funeral and tribute was a final opportunity to say goodbye to a man who spent his life in service of others.