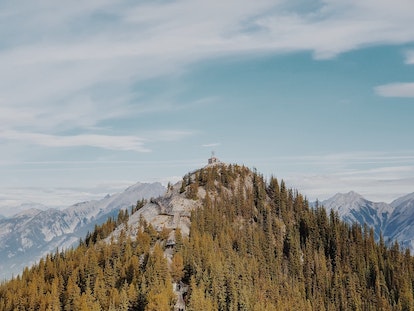 Kick the bucket is such a ubiquitous phrase. But that doesn’t mean you know its meaning. Even if you do, you may not know why people started using it in the first place.

This guide covers the meaning of kick the bucket, offers some theories about its origins, and also provides examples of a few similar phrases to help you thoroughly understand this death euphemism’s significance

What’s the Meaning of ‘Kick the Bucket’?

To “kick the bucket” simply means to die. As you can read further down, we have many death puns and euphemisms that allow us to address a somewhat uncomfortable topic casually or informally.

However, this particular phrase is unique in that it also inspired another concept you may have heard of in recent years: bucket lists (read about bucket list's origins here.)

Some people may have used the phrase earlier, but most evidence suggests that the idea of a bucket list originated in the mind of screenwriter Justin Zackham, who eventually wrote the film The Bucket List. In 1999 he was thinking about the phrase “kick the bucket,” and decided to make a list of everything he wanted to experience and accomplish before the end of his life.

Now, many people make bucket lists of their own. If you’re not sure how to make a bucket list, all you have to do is reflect on your potential regrets. Items on your bucket list can include destinations you want to visit, professional goals you want to accomplish, foods you want to try, and more.

There are different types of bucket lists you can make, too. Some of them can even help you better determine what types of items you want to include on your general bucket list.

For example, you might start the process by creating a reverse bucket list. Instead of listing everything you still want to experience and accomplish in your life, you list experiences you’ve already had and goals you’ve already achieved, specifically focusing on those you would regret not experiencing or achieving if you passed away before reaching those key milestones.

Where Does the Expression ‘Kick the Bucket’ Come From?

Scholars don’t know for certain exactly where the phrase kick the bucket comes from. People have been using the phrase for so long that determining its precise origins is a challenge.

As far as euphemisms for death go, kick the bucket might sound like one of the more playful. It even seems to bring up thoughts of the children’s game “kick the can” for many. Although all death euphemisms force us to confront our own mortality to some degree, at least this one doesn’t sound as morbid as others—right?

Well, think again. Here are the two most popular origins of the phrase:

Some believe the phrase kick the bucket refers specifically to a bucket someone might stand on when hanging themself. They’d stand atop a bucket to secure the noose, then kick it away when they were ready to complete the deed.

That said, most researchers believe this assumption about the phrase’s origins is baseless. After all, kicking the bucket involves dying in any form, not just taking your own life. Those who’ve studied the topic in greater detail tend to subscribe to a different belief about the phrase’s roots.

Confusion over the true origins of kick the bucket may stem from the fact that there’s good reason to believe the “bucket” in the phrase doesn’t refer to the type of bucket you might assume.

Centuries ago, the word also had an additional meaning. Specifically, the bucket could refer to a beam butcher would use to hang animals from their feet before slaughtering them. During their final moments of life, the animals would often kick the beam, or bucket.

Pretty dark, right? It goes to show how idioms can take on new meanings over time. For instance, the fact that the phrase kick the bucket inspired the idea of bucket lists makes it not only a euphemism for death, but also a metaphor about life.

Now, when many hear the phrase, instead of thinking merely about the inevitability of death, they also think about the fact that life is short, and they should live it to the fullest.

Other Ways to Say ‘Kick the Bucket’

Kick the bucket is by no means the only death euphemism of its kind. Other euphemisms include:

This is a pretty simple euphemism to understand. Just as you’d check out of a hotel after your stay, so will you check out of this existence eventually.

This particular euphemism for death reminds us that life is temporary and ephemeral. After all, virtually no one stays at a hotel or resort indefinitely. The experience always comes to an end at some point. By comparing dying to checking out of a hotel, we’re highlighting the fact that no life lasts forever. Like a vacation, we need to make a point of enjoying the experience as much as possible while we can.

Cash in your chips

This phrase uses the metaphor of gambling to represent a person’s life. When a person is finished at the casino tables, they take the chips they’ve accumulated and exchange them for cash winnings.

This death euphemism earns a spot here because it arguably puts a positive spin on the topic of dying. Ideally, when someone cashes in their chips at a casino, they take home at least some prize money. Thus, this phrase equates dying with reaping the rewards of past experiences. It may even have a religious or spiritual connotation in that sense.

Numerous religions and spiritual belief systems throughout history have claimed that when a person reaches the end of their life, where their soul goes next depends on their previous actions. In that sense, by “cashing in your chips,” you’re leveraging your deeds in this life to potentially experience even greater joy in the next.

You don’t have to be a Queen fan (but who isn’t?) to be familiar with the phrase “another one bites the dust.” However, like kick the bucket, when you examine this phrase, you’ll realize it can be difficult to understand why it’s such a common death euphemism.

No one has a genuine answer for precisely why people have equated death with “biting the dust.” However, versions of this phrase appear in everything from the 1611 King James Version of the Bible to The Iliad, indicating it’s been around for quite a long time.

While the origins of the phrase kick the bucket might be more shocking than some expect, this phrase no longer has the intensely morbid connotations it may have had in the past. Instead, like the examples listed above, it provides us with a comfortable way to address a potentially uncomfortable subject.

Want to learn more about different phrases that reference death? Read our guide on if you should say "passed away" or "died" and metaphors for death.