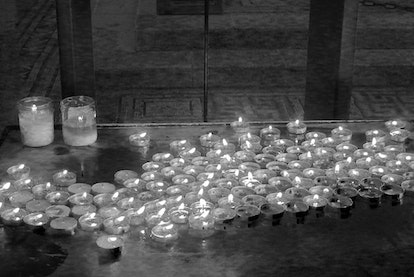 If you haven’t had someone close to you die, you may find the terminology to be confusing. The difference between a memorial service and a funeral might be hard to understand. After all, both serve a similar purpose.

Funerals and memorial services are both events to honor someone who has died. They both bring people together to mourn. And they allow you to say a formal goodbye to that person. It is a way to pay tribute and show respect to someone.

The most critical difference between a funeral and memorial service is the presence of a body. At a funeral service, the body will be present. The body may be in an open or closed casket.

Differences Between Funerals and Memorial Services

Still not sure what to expect at a funeral? Or what you can expect at a memorial service? It may help to break down the similarities and differences between them a little more. Read the details below to help.

Funerals occur soon after an individual has passed away. They usually happen within a few days of death. Before embalming was common, bodies had to be buried quickly to prevent decomposition. Even now that embalming is more widely used it’s considered respectful to bury the deceased as soon as possible.

In some cultures and religions, there are tenets that encourage a quick burial. In Judaism, for example, the quote “For dust you are and to dust you shall return,” is taken quite seriously. Embalming the body is prohibited as it slows the decomposition of the body, which slows its return to dust. Caskets made of metal are frowned upon for the same reason.

Ashkenazi Jews also give a lot of weight to this line from the Torah, “You shall bury him the same day … His body should not remain all night.” Because of that line, it was expected that the body is buried within 24 hours.

However, that expectation has become more relaxed in recent years. With families becoming more spread out, adhering to this belief has become increasingly difficult. Only Orthodox communities continue to adhere to the 24-hour window. And even then, exceptions can be made. But Judaism does still encourage a quick burial. It is typical for the funeral to take place as soon as possible.

By contrast, memorial services don’t have quite as tight of a timeline. Since they don’t involve a body, they can be held a few weeks, or even months, after a person passes away. You may opt to delay a memorial service for many reasons. Maybe the deceased had lots of family overseas. A delayed memorial service gives you time to arrange travel if your far-flung family members wish to attend the service.

Take the weather into account when planning your service. In places with harsh winters, it is often better to wait until spring or summer. If you wait, the memorial can be outdoors, and ashes can be scattered without worrying as much about the weather. You may also opt for a delayed memorial service if death occurs during the winter holiday season. A lot of people are busy in December. Postponing a memorial until January will give more people an opportunity to attend.

Do you want your funeral to be a traditional funeral service or a memorial service?

Take out the guesswork for your loved ones. Share your funeral burial, and legacy wishes instantly with a free Cake end-of-life planning profile.

Because funerals involve a body, where they can happen is limited. They tend to be held either at a funeral home or in a place of worship. Burials are often scheduled to happen right after funerals, usually in a graveyard affiliated with a church or in a cemetery.

Large, traditional funerals can be costly affairs. Most of the expenses come from burial costs. Some of these expenses are fixed - burial vaults for example. But some other items come in at a range of price points. Caskets can range from simple to lavish. And the prices will reflect those differences. A memorial service won’t have the cost of a casket. That can be a deciding factor for many people.

If the budget is a concern, take the time to breakdown the cost of both events. Sometimes the cost of a funeral includes some kind of memorial service or wake. Make sure you separate that service to get an accurate picture of a funeral cost.

Both events can be done regardless of your budget, but it’s always good to research before deciding. You don’t want to be worrying about how you’ll pay for something while mourning.

Level of formality in dress code

Funerals tend to be more formal affairs.  There's an expectation that people wear formal attire. It’s expected that you’ll dress all in black or other dark colors and that you’ll avoid patterns (even pinstripes!). Clothes should be conservative in cut. Dress in clothes you’d feel comfortable wearing to a business meeting or for a church service.

While memorial services can be formal, they aren’t always. A memorial that takes place in a funeral home or church will likely have a dress code similar to a funeral. If memorial services are held outdoors or at someone’s home, it may be more casual.

The invitation should include details about attire. If no information is provided, consider reaching out to the family or the host of the memorial. They’ll be able to let you know the dress code. If you can’t reach anyone or don’t feel comfortable asking, err on the side of caution. Dress in muted tones and conservative cuts. It’s better to be overdressed than underdressed.

Similarities Between Funerals and Memorial Services

Funerals and memorial services have several notable differences from one another. But they also have some significant areas of similarity. These similarities may contribute to confusion around the terminology.

Both honor the dead

Both events will include a service. The type of service will be determined by the deceased and their family. It may be a more traditional religious service. Or it could be more of a celebration of the life of the deceased. Those details don’t determine if something is a funeral or a wake, but they will influence the tone of the event.

Help you get closure

Funerals and memorial services help those grieving process their grief. Coming together with others allows you to reminisce about happier times. Ultimately, it doesn’t matter which kind of ceremony you choose. Both will help you find closure.

Regardless of what service you have, the people in attendance will likely be the same. There aren’t different invitee lists for funerals and memorial services. Attendees typically include friends and family members of the deceased. They may also include members of the community.

The number of guests you invite will be the same too. That isn’t dictated by the service you choose. Instead, it will be decided by the location and what kind of event you have. The people you would choose to invite to a funeral would be the same as those you’d invite to a memorial.

Are Funerals and Memorial Services the Same Thing?

It’s undeniable that funerals and memorial services have a great deal in common. But there are some very important distinctions between the two. The substantive difference is the presence of a body. The presence of a body will have a major impact on factors like location and timing of services.

The most important thing to remember about both funerals and memorials is that they give you time to honor someone important. It’s an opportunity for you to grieve. Both will give you the space you need to process your emotions. And allow you to pay homage to someone important. That’s what matters most.