The way Mexican culture treats death and dying is different from what many people are used to. Rather than shy away from the subject of death, Mexican tradition addresses the issue openly and honestly.

You can observe this difference in the Mexican celebration known as the Day of the Dead. Each year on November 2, people in Mexico, and worldwide, celebrate the lives of those they have lost. They give gifts of food, candles, and sugar skulls to their dearly departed, and they may even dance to a Mexican funeral band.

Overview: Our Recommendations for a Mexican Funeral

As in every culture, Mexican funeral customs vary from family to family and community to community. But there are a few specifics you can expect to encounter.

No matter what a family's culture and traditions are, funeral planning is hard. So are the many other tasks you might face after the death of a loved one. If you'd like some help and guidance through the process, check out our post-loss checklist.

What Happens at a Mexican Funeral

Mexican funerals of the past focused more on celebration than grief. Death was seen as the start of a new journey, rather than the end of a single journey. Mexican death rituals and funeral customs in the modern era mimic those ancient rites in many ways. But they have also incorporated many modern practices.

COVID-19 tip: If you're planning a virtual Mexican funeral using a service like GatheringUs, you can still take part in the rituals below. Talk with your funeral director or event planner to help you with logistics and ideas.

In Mexican culture, it’s common to hold a death vigil, or wake, immediately after a death. The body is present for the vigil, and the family surrounds it in prayer for up to 48 consecutive hours. A Mexican wake customarily features an open casket, and photos of the dead are displayed as a tribute.

The family or family friends may serve food at the wake, in a separate room. There may even be games, like dominoes. Visitors are encouraged to spend time in both spaces. This way they can offer their condolences and join the family in prayer, as well as celebrate the life of the deceased.

The wake isn’t a somber affair, but a loud and social one. Children take part and listen to stories about their family member who has passed on.

When the wake comes to a close, the next stop for a Mexican funeral is the church. Mexican traditions have close historical and cultural links to Catholicism. Many Mexican and Mexican-American families practice Catholicism and participate in Catholic church services.

Because of this close link, a Mexican funeral usually takes place in a Catholic church. Otherwise, another church or community space may be used for the funeral services.

Mexican funerals can be large or small but tend towards the larger side. Immediate and extended family will attend, as well as the family’s community of friends. Men and women participate equally.

Children also participate in Mexican funerals, and their families don’t shield them from the subject of death.

Indigenous and Catholic traditions and customs

During the funeral, the congregation will recite prayers for the deceased person’s safe journey into the afterlife. Mexican funerals are openly emotional events, and you may hear loud outcries of grief. If you feel like expressing your grief this way do so. It is generally accepted and even encouraged.

Role of prayers and songs

Because many Mexican families are Catholic, a Mexican funeral generally includes a Catholic Mass. The prayers are intended to help the deceased continue along their journey to the afterlife.

Prayer plays an essential role at a Mexican funeral, as well as before and after the ceremony itself. A Mexican family who has lost someone will continue to pray for their safe journey for nine days straight following the Mass. These prayers are called novenas.

How long it lasts

You can expect to spend about the same amount of time at a Mexican funeral as you would at any other Catholic funeral. They generally last about an hour. After the mass, the congregation will spend another half-hour to an hour at the burial site with more prayers and rituals performed.

A reception will take place after the burial and can last several hours. If you’re attending a Mexican funeral, it’s best to plan on spending the entire day at the event.

Etiquette at a Mexican Funeral

The guidelines for acceptable behavior at a Mexican funeral may differ from what you’ve come to expect. If you’re attending a Mexican funeral, keep the following etiquette requirements in mind.

What you wear to a Mexican funeral will be much the same as what you would wear to any other funeral. Dark colors make the best choice, and you should choose formal apparel over casual. Men and boys should wear dark slacks and dress shirts or suits. Women should wear modest, dark blouses, skirts, or dresses.

Mexican funerals have a few strict rules when it comes to how you should behave. As long as you show respect for the dead, you can express your grief however you see fit. Even shows of celebration are permitted.

There are some general etiquette rules regarding how you should behave in a Mexican social event, though. To show respect for family members who are older than you (this is very important), address them using formal titles like Señor and Señora.

If you want to give gifts to the mourning family, consider bringing food or other tokens of respect to the wake. A personalized candle, like this candle set, makes a simple but thoughtful gift for a Mexican funeral.

Depending on the family’s preferences, donations to the family’s church may also be appreciated. You can also bring flowers to the wake or send them to the funeral location. Lighting a candle for the dead at the church is also considered an appropriate gift.

Tip: We recommend sending a nice meat and cheese platter or a fruit and nut tray to comfort the family.

Ever wondered what other people want their funeral mood to be? We did! Here's how others* have answered:

*Cake gathers anonymized data to help our users make informed decisions about their burial preferences. We don't sell your data and we take serious measures to keep your information secure. Read more about our commitment to security here. 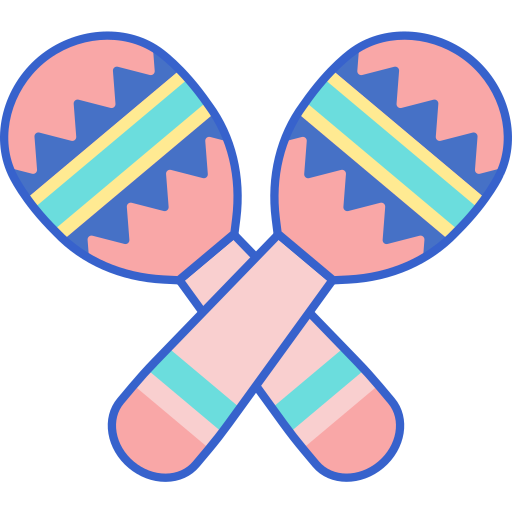 Besides understanding Mexican funeral customs, it can be helpful to understand what will happen after the funeral. Mexican culture has unique traditions around burial, as well as how they prefer to mourn and remember their dead.

Cremation, burial, and other customs

Ancient Mexican tradition called for family members to wrap their loved one’s dead body in a mat, after which cremation would take place. The family would leave the person’s ashes in a ceremonial hut for nine days. Then, and only then, was the deceased ready to pass to the afterlife.

Today’s customs follow a similar pattern. Family members gather and pray for nine days. However, modern Mexicans tend to prefer burial over cremation because of the importance of being able to return to visit their loved one as part of Dia de Los Muertos ( Day of the Dead). Because of that tradition, a practice like scattering the ashes would not be typical. Regardless of what the family decides, the most important part is that their loved one has been laid to rest in a permanent place.

It’s also common for Mexican people who have moved abroad to travel back to Mexico for burial. This allows a person to find their final resting place next to family members and ancestors.

Mourning and remembering the dead

After a death, family members hold the responsibility to keep their loved one from being forgotten. They fulfill that responsibility by visiting the grave each year and by celebrating the Day of the Dead and All Souls Day.

Special and additional mourning rituals take place within the first days and months after a death. As mentioned above, the family will traditionally pray for their loved one for nine days. After those nine days are up, the family will continue to pray and recite the rosary for the deceased at least once per month. After one year, they'll recite the rosary for that person once per year.

If the family is Catholic, they may also say mass for the deceased on the third, seventh, and thirteenth day after their death.

Mexican Funerals: What to Keep in Mind

Funerals in Mexico are culturally unique. They maintain a secure connection to the history and folklore of Mexican people while also incorporating modern practices.

Mexican funerals also take place in the United States every day, with Hispanics being the largest ethnic group in the country. If you attend a Mexican funeral, keep in mind that no two families approach death the same way. Pay attention to the people around you, and above all, show respect.

If you're looking to learn more about death in different cultures, read our guide on Torajan funeral ceremonies and Mayan death rituals.