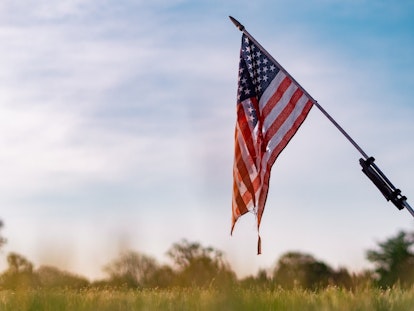 A military funeral honors the life of a man or woman in the armed forces regardless of that person’s branch, rank, or station. Though many military funerals take place in a national or state military cemetery, the honor bestowed upon the person who has died can go beyond the place he or she is laid to rest.

If you’re looking to honor the military career of your loved one as much as possible, you might want to consider purchasing a military casket. These caskets can be customized to reflect the branch of service your loved one served and are fitting for both open and closed-casket funerals or memorials.

Though military members can be buried in any coffin of choice based on their preferences and those of their family, you can order special caskets that honor their life and legacy. These caskets are exquisitely designed to honor the specific branch of the military the person served and can even reflect their time in a specific unit such as the Green Berets or Navy Seals.

Specialty caskets can work for all funerals, from quiet family-only gatherings to full military funerals at a national cemetery with honors. A military casket is ideal for patriotic military members — those who dedicated their entire career to serving in the armed forces and serving with brothers in arms.

One thing to note: It’s the family’s responsibility to purchase a military casket but each service member is eligible to receive a free Veteran’s Affairs (VA) headstone at no cost to the family. They can include symbols and the person’s name and dates. Beyond the headstone, however, the service member’s family is responsible for all other costs, including setting the stone, purchasing the casket, providing military funeral flowers, and other details.

» MORE: How do you support a loved one through loss? Help them follow our post-loss checklist.

The Air Force mission is, “To fly, fight, and win in air, space, and cyberspace.” Needless to say, these members of the military cover a lot of ground in their fight for truth, honor, and justice worldwide. It’s only fitting that they should get a military funeral with a casket.

One of the most striking military caskets available for a member of the Air Force is a dark blue casket lined with matching colors for the Air Force and an embroidered Air Force seal on the headboard. Not only does this resonate with Air Force members thanks to the colors, but the seal makes its branch of service unmistakable to all attendees who may not be aware of which branch the deceased served in.

You might be surprised to know that Air Force members wear the same camo uniform that Army members wear. Airmen enjoy both the versatility of the uniform and the unity it represents on the battlefield. If your loved one fit what the camo uniform represented — unity in warfare and combat — then consider purchasing a camouflage casket to honor years of service.

As an Army member, your loved one’s mission was, “To deploy, fight, and win our nation’s wars by providing ready, prompt, and sustained land dominance…” That’s no small task, and those years of service should be represented by a funeral and casket that is fitting for their time in the military.

There’s nothing that speaks to a person’s branch of service quite like this department’s seal. The Army casket has the seal embossed on the headboard and most often is lined in black, with the casket itself also black. The dark casket and lining is a perfect contrast for the black, gold, and green.

Out of all the branches of the military, the Army is known for wearing camouflage uniforms. Many companies offer a variety of camo options including camo wraps that cover the outside of the casket or camo linings for open casket memorials or funerals.

Members in the Marine Corps have to be some of the proudest military members there are. No matter where life takes them, these services members will identify themselves as a Marine. After all, once a Marine, always a Marine. It’s only fitting that your Marine should get a final send-off in style.

Caskets that predominantly showcase the Marine seal are both bold and stately. Most caskets are black with black and red lining. The Marine seal features prominently on the headboard for open casket services.

Though not provided by all companies that specialize in military caskets, several companies offer military wraps. You can find specialty designs emblazoned on the outside of the casket and are especially beneficial for closed casket services. Wraps can be customized to the branch of service and can include everything from seals and symbols of the individual’s branch of service to full-spread designs such as the American flag and service members in silhouette.

Navy members, like the rest of the military, can find themselves in far-flung locations of the globe at any point in their career. Not only are they responsible for carrying out missions for their own branch, but they can be tasked with carrying units of Marines to distant locations for their missions, as well. Some might say they do double duty. Whether you’re hosting a Navy man’s memorial on a boat at sea or you need a casket when laying someone to rest, one of these options will do them proud.

Companies that produce military caskets try not only to make the inside reflect the branch of service but the outside as well. For a Navy servicemember, there would be fewer fitting colors for the outside of the casket than white. Reminiscent of a Navy full dress white uniform, the white outside is contrasted with a navy blue interior. The final touch comes with the Navy seal embroidered on the headpiece.

If the funeral is a closed casket ceremony some companies offer to paint or emblazon the seal on the outside of the casket so it’s visible.

Specialty wraps are especially popular for those who need Navy designs. From the seal to the full-spread silhouette of Navy battleships, you’ll be able to find a fitting design for your loved one.

Navy service members have worn two types of camouflage uniforms — blue camo and green camo. From 2008 until 2019, blue camouflage uniforms were in use. Since 2019, the blue has been discontinued and now all Navy members who wear camo will be in the same green that the SEALs and Navy explosive ordnance disposal units have worn. If you decide on a camo wrap, be sure to choose which color camo your loved one wore to accurately reflect their years of service.

The Space Force is responsible for protecting America and her allies by providing space capabilities to the joint military forces. In short, they are involved in everything from equipping military forces with satellite capabilities for missions to taking down cyber criminals who target United States space resources. They even have a special unit called Space Delta 9, which uses orbital warfare to defend against and defeat hostile activity in outer space.

These men and women are worthy of the highest honors. Consider one of these options when planning a funeral for your loved one.

Because the Space Force seal is so new, most casket manufacturers haven’t yet placed it into the available stock of military caskets. If you want a casket with the Space Force seal embroidered into the headboard liner or emblazoned on the top of the casket, you may need to place a special order.

Specialty wrapped caskets provide you with more options such as an American flag wrap with a space shuttle or Space Force member silhouetted in the foreground. These beautiful wraps are a perfect tribute for any military member and you can customize it to show the scene or silhouette that would best honor your loved one.

The Coast Guard is a branch of the armed forces that does its work both home and abroad.

These men and women are known as “maritime first responders.” In their capacity, they do everything from rescuing sailors from perilous situations to busting drug runners who take to the sea lanes. They are not to be messed with and they’re proud of what they do. Honor your loved one’s service and sacrifice in the Coast Guard with one of these caskets.

You can purchase a Coast Guard casket from nearly any maker of military caskets. Similar to the Navy casket, you’ll typically find these to be navy blue on the outside and inside.

At the headboard, the Coast Guard seal is embroidered for all to see. Like all others, the seal displays prominently when the headboard is opened, such as in an open-casket funeral or memorial.

There are many specialty wraps that honor Coast Guard members, from a simple seal and flag to a full wrap with silhouettes of ships, service members, and rescue operations. These are easy to customize and ideal for closed casket ceremonies.

It’s only fitting that a member of the military should be laid to rest in a casket that honors years of service, sacrifice, and dedication. No matter which branch of the armed forces your loved one served in, he or she can be laid to rest with pride and respect from all in attendance.