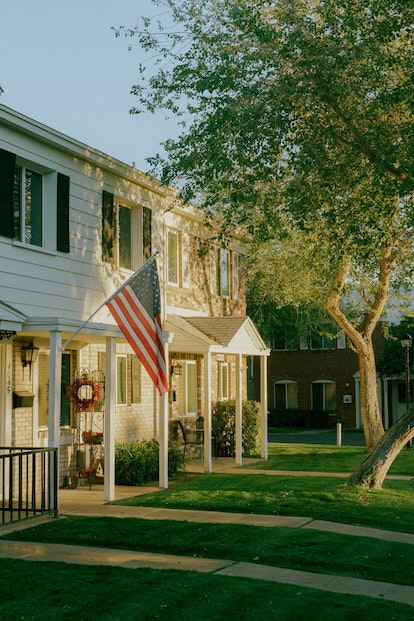 One of the most important duties in the military is to deliver what’s known as a death notice to deceased servicemen and women’s next of kin. Members of the military put their lives on the line to protect our freedoms, and sometimes that means making the ultimate sacrifice.

This is a process that’s not taken lightly. The military notifies the family of a death with the utmost respect and empathy, with a specific protocol in use for each branch. These guidelines provide much-needed guidance about how to report this news to the servicemen or women’s loved ones, as well as funeral honors and benefits for the living family.

While each branch of the military has its own protocols, this is a process that’s not often understood unless you’ve experienced it yourself. In this guide, we’ll share what happens when the military notifies a family of a death. From breaking the news to assisting with the military funeral, this is what the process is like for most branches of the military.

When Does the Military Inform the Family?

Many assume the family is only informed in the case of death. In reality, there is a notification process for a number of different situations, including:

The process is similar for all of these instances above. The military takes this process very seriously, and they believe the family has a right to know when there is any uncertainty, even if the individual is still alive.

Who Tells the Family Their Family Member Died?

Informing the family of a passing, especially a passing in the line of service, is no small task. This duty falls to what’s known as a notification team. This team is comprised of field-grade officers of an equal or higher grade than the deceased member whose family is being notified.

This person is often known as a notification officer, but the term itself varies depending on the branch of the military. They’re accompanied by at least one other person. This additional person is often a member of the medical team or a chaplain who specializes in offering assistance to the family.

If they’re unable to find medical personnel or a chaplain, however, the process will not be delayed to wait for them. Instead, someone else could be invited like a person with a close relationship to the deceased, a public affairs representative, or simply another member of the branch.

In some cases, the team might also have a medic in case the next of kin faints and an officer in case the family reacts violently. These are extra precautions, but they can make everyone feel more comfortable.

Who Does the Notification Team Tell?

The notification team has a strict protocol for who they notify about the death. These notifications are all given to the individual’s next of kin and their secondary next of kin.

This is usually one of the following:

Due to the sensitivity of the message, the notification team is not usually permitted to disclose details of the death with anyone other than the first and second next of kin. This is to be done as soon as possible. Needing to inform too many people would only slow this process down. It falls to the family to inform other loved ones and relatives.

If the notification team cannot find the next of kin or they’re not home, the team will either attempt to find them or wait for them to return. If they’re not able to find the family at all, the team must return to their department for more instructions.

How Does the Military Notify Family Members of a Death?

The military notification team has several phases they take when notifying the family of a death. This is a respectful process, though it’s very regimented. It focuses on delivering the news as quickly as possible while providing needed support for loved ones.

Timing is everything. Death notifications are to be accomplished within 8 hours of learning of the death. They’re also to take place between 5 a.m. and midnight, never in the early hours of the morning. The stages are as follows:

Though these steps might sound simple, most notification teams are skilled in handling this process respectfully and with compassion. Each step is designed with the bereaved’s needs in mind.

What does the team say to the family?

There is a specific script the notification team must use when sharing the news of the death. This is designed to be as painless and to-the-point as possible.

The statement is as follows:

“I have been asked to inform you that your [spouse/son/daughter] has been reported dead in [city, state, country] at [time and date]. On the behalf of the Secretary of Defense, I extend to you and your family my deepest sympathy in your great loss.”

When appropriate, the team might also include some of the circumstances around the death. This is usually true if they died in the line of service or if the family asks additional questions, but it’s at the discretion of the notification team.

How does the team handle grief?

How does the notification team handle extreme expressions of grief and pain after sharing the death of someone’s loved one? This is not an easy process, and many of the officers tasked with this role have spoken out about their experience.

Denny Hayes, an FBI response team member, described his experience delivering these notices as seeing “the resiliency of the human spirit.”

After 15 years of working as part of his own team notifying families, he learned that it’s best to always deliver this news in person, always bring a partner, and skip the euphemism. Last but not least, he argues you should never abandon anyone until they have someone else there to hold onto.

What Happens After the Military Notifies Family of a Death?

After the military notifies the family of a death, it’s generally up to them to plan the final services. There are a lot of resources available to them through their loved one’s branch of the military, like veteran obituaries and military funeral arrangements.

However, it’s up to the family to take advantage of these services. These resources will be provided to the family at the time of the notification, but it’s understandable that grief may get in the way.

After the military notifies the family of the death, the family will then determine the final resting place for their loved one and plan a funeral service. From there, they can honor their loved one’s memory however they see fit. In many cases, they’ll have access to:

These can be accessed by contacting the Veterans Affairs office. They’re designed to ease the burden on loved ones during this difficult time.

Honoring the Fallen and the Brave

The military procedure for notifying the family after a death is a way to say thank you for your service after the ultimate sacrifice. Those who fight for their country are truly heroes, and they deserve compassion even after death.

Though these guidelines might sound strict, they exist to protect the family. They help everyone understand what’s happening, avoid scams, and take advantage of the resources available to them. Delivering this news is not a simple task, but notification teams bear this burden as a final act of service to those who deserve it the most.