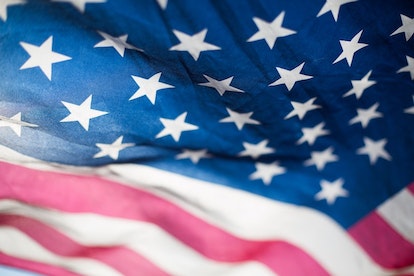 Sometimes it’s hard to find the right words to express our gratitude to the people who put their lives on the line to protect our country.

Luckily, songwriters can help us tap into those emotions. If you can’t figure out how to thank the soldier or veteran in your life, consider saying it with song. Here are some great songs you can listen to or share to pay tribute to the soldier in your life.

Rock and roll music can be surprisingly uplifting and empowering. Here are some positive rock and roll songs that honor soldiers and veterans.

The band Heart is largely creatively driven by two sisters, Ann and Nancy Wilson. They are also the daughters of a Marine Corps officer.

They released this song to honor everyone who has served in the United States military. The song portrays a soldier who comes home from war to discover he has a new perspective on his country and how he fits into it.

2. "The Star-Spangled Banner” by Jimi Hendrix

One way to pay tribute to soldiers and veterans is to share unique covers of the national anthem with them. This instrumental is chaotic, virtuosic, and sonically unique.

Its discordance and jazz influences were something of a political statement without words when it originally came out.

When this song originally came out in 1965, many people were angered by its perceived anti-war message.

But lead singer Joe McDonald was a Navy veteran who intended it as a soldier’s song and not a pacifist’s song. It was meant to be the kind of dark, sarcastic humor that would appeal to soldiers on the front line.

4. "Have You Ever Seen the Rain?” by Creedence Clearwater Revival

Many critics and fans have speculated that this song is about the Vietnam War. They often cite the falling rain as a metaphor for bombs raining down from the sky.

However, songwriter John Fogerty has said it was really about tensions between members of the band. However, its nonspecific lyrics and presence during war scenes in Forrest Gump still make it an apt fit for this list.

Billy Joel has a gift for making even darker subject matter sound beautiful and uplifting. The chorus of this song:

is fun to sing along to, but bittersweet when you pay attention to it with the rest of the lyrics. Still, though this song touches on the realities of war, it ultimately celebrates the brotherhood you build there.

6. "Dear Avery” by The Decemberists

This indie-rock song from the Portland-based band takes the form of a mother’s letter to her son at war.

The narrator remembers times when her son drove her crazy with his recklessness growing up, but now all she longs for is his safe return home. This is a great song for a mother to send to her now grown-up child, a soldier.

Country music is an emotional genre that lends itself well to storytelling. So it comes as no surprise that there are many country songs that celebrate veterans and deployed soldiers. Here are some of our favorites.

Keith can often be a polarizing figure thanks to his politics and unwillingness to pull punches.

But this song, which he wrote explicitly about soldiers he met on several USO tours, is undeniably a tribute to soldiers and veterans alike.

This 2004 country tune tells the story of a deployed soldier who receives letters from home. Sweet missives from his mom and fiancée are warmly received. But it’s the brief but thoughtful letter from his taciturn father that brings him and his comrades in arms to tears.

David Lee, who co-wrote the song, was inspired by seeing a soldier bid goodbye to his girlfriend at an airport.

9. "Still a Soldier” by Trace Adkins

Sometimes when soldiers come home between deployments or leave the armed services, they struggle to find their place in the world. In this song, Adkins lists all the mundane chores a man performs on an average day.

But he reminds the listener that even as the subject of the song mows the lawn and goes to church and watches the news, he’s still a soldier. The music video for the song even features real soldiers. This song may help you communicate to the veteran in your life that you respect how their role still defines them.

Not everyone is a fan of war and that, unfortunately, spills over to people being critical of troops. Wright addresses these people by paying tribute to her brother, father, and grandfather who all served.

She makes it clear that while she herself isn’t pro-war, she supports soldiers. Sometimes that’s a message soldiers and veterans really need to hear.

On November 8, 1965, a search and rescue operation called Operation Hump took place during the Vietnam War. Both sides encountered heavy losses: 49 American troopers died, and many more were wounded.

One of the surviving wounded was a man named Niles Harris, who met the country duo Big & Rich at a bar in Deadwood, South Dakota. They turned his story from that battle into this song. It gives an authentic glimpse into a real soldier in battle.

While the lyrics themselves aren’t overtly about soldiers, the official music video for it is. The video features soldiers in battle and also returning home from wartime and reuniting with their families. The song itself is still a good one to send to your soldier though.

Its message is that no matter how tough you are, you can still be emotionally vulnerable with your kids.

Most of the songs on our country and rock lists are older songs. But there are some newer songs that pay tribute to soldiers and veterans. Here’s a roundup of some excellent and inspirational songs.

13. "See You Again” by Voices of Service

Voices of Service is a four-piece vocal ensemble who is most known for finishing in fifth place on season 14 of America’s Got Talent. Every member of the group is either a veteran or an active duty service member. Their mission is to inspire veterans on a journey of recovery from physical injuries or emotional trauma.

In particular, they seek to raise awareness about PTSD, which one of their members suffers from. Their cover of “See You Again” by Wiz Khalifa and Charlie Puth is incredibly touching and even moved Jay Leno to tears.

“Rise” was originally performed by Katy Perry as a theme for the 2016 Olympics, which gave it a patriotic connotation. The soaring melody and crisp harmonies of this cover will uplift the soldier or veteran in your life.

The Soldiers are a trio of British Army soldiers. Their debut album featured mostly cover versions, but this original song was written specifically for them.

They also released a version featuring two soldiers from the United States Army. This song shows that no matter what country you fight for, some experiences are universal.

While this song by the Irish alt group may not be explicitly about soldiers, it’s an excellent song to send to a soldier or veteran.

The lyrics are about the brotherhood that is forged in all kinds of circumstances, including in the trenches. It also lets them know that even if you’re not fighting with them, you still have their back at home.

This country-punk band will appeal to soldiers and veterans of all genres with this gritty and evocative song.

It was written about lead singer Ben Nichols’ grandfather's experiences in World War II. As a result, the song has a real and lived-in feeling many soldiers will appreciate and relate to.

This folksy Americana track is a lovely meditation on how people at home worry about their children and loved ones fighting overseas.

This earnest song may be able to help you express your own feelings of worry to a soldier or veteran you care about.

Military Songs That Pay Tribute to Soldiers and Veterans

If you have a veteran or soldier in your life, sometimes a song can help you express your gratitude for their service. Send them a song or create an entire playlist to let them know how much you appreciate them.