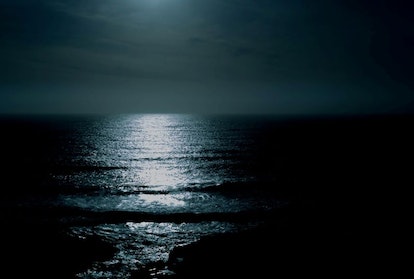 You may not enjoy talking about death. However, you may appreciate the value of becoming death positive and that talking about death can be quite healthy. Addressing the topic directly may help you cope with your natural anxieties.

It comes as no surprise that a quick search reveals many quotes about death and dying — some funny, some inspirational, some unique, and some morbid.

1. “I bequeath my entire estate to my wife on the condition that she marries again. That will ensure there will be at least one man who will regret my death.” — Heinrich Heine

German poet Heinrich Heine managed to make a very clever statement about death and love with this morbid quote. As many of the examples here will demonstrate, sometimes humor can help someone cope with the idea of your own eventual death.

2. “I love being married. It's so great to find that one special person you want to annoy for the rest of your life.” — Rita Rudner

Comedian Rita Rudner approaches the topic of love and marriage with blunt and morbid honesty in this classic line.

3. “My wife and I have been married for 21 years, and without a doubt, the hardest times we've faced were those times when we hated each other.” — Andy Richter

This joke may sound mean-spirited at first. However, you can actually read it as a positive (if somewhat morbid) quote about love. It acknowledges that marriage and love are sometimes difficult, but it’s still possible to stay committed.

4. “Eagerly I wished the morrow;—vainly I had sought to borrow
From my books surcease of sorrow—sorrow for the lost Lenore—
For the rare and radiant maiden whom the angels name Lenore”
— Edgar Allan Poe

While less funny than many of the other morbid quotes about love here, this list would be incomplete with an entry from Edgar Allan Poe, who explored the morbid and dark side of romance in such classics as “The Raven.”

5. “Marry a man your own age; as your beauty fades, so will his eyesight.” — Phyllis Diller

This qualifies as a morbid quote about death as well as love by addressing how your body starts to fail as you get older.

Those of us with morbid senses of humor can often make jokes about any subject. As these examples prove, even death isn’t off-limits.

Katharine Hepburn expressed the human condition with a simple quip.

7. “Death is nature’s way of saying, ‘Your table is ready.’” — Robin Williams

While this Robin Williams quote may have taken on a very sad quality for many now that he’s no longer alive, it also serves as a reminder that he’d probably want us to be able to laugh about the topic of death.

8. “Life is hard. Then you die. Then they throw dirt in your face. Then the worms eat you. Be grateful if it happens in that order.” — David Gerrold

This quote from screenwriter and author David Gerrold earns its spot on this list thanks to its blend of unflinching morbidity and clever humor.

9. “The worst time to have a heart attack is during a game of charades, especially if your teammates are bad guessers.” — Demetri Martin

Again, lines such as this one illustrate how we can acknowledge our fears about what might kill us with jokes.

10.  “For three days after death, hair and fingernails continue to grow but phone calls taper off.” — Johnny Carson

Leave it to famed comedian Johnny Carson to take the edge off our anxieties about what happens to our bodies when we die with a perfect quip like this.

Some morbid quotes about death strike a unique balance. They’re no less dark than any other quotes on the subject, but they also have a hopeful quality.

11. “It's funny the way most people love the dead. Once you’re dead, you’re made for life.” — Jimi Hendrix

This quote manages to be inspirational by pointing out that most of us can at least take comfort in the knowledge that those we leave behind when we die will probably only speak of our admirable qualities whenever they mention us from then on.

12. “You too shall pass away. Knowing this, how can you quarrel?” — From “The Dhammapada”

Buddhist quotes about death such as this one remind us that, because everyone dies, we should all simply focus on living well.

13. “Death is very likely the single best invention of life. It is life's change agent. It clears out the old to make way for the new. Right now the new is you, but someday not too long from now, you will gradually become the old and be cleared away. Sorry to be so dramatic, but it is quite true.” — Steve Jobs

This quote about death is particularly morbid when you consider that Apple co-founder Steve Jobs delivered it in a graduation speech. However, it’s also motivational. It defines the necessity of death and the importance of living our best lives while we have the chance.

This “Peter Pan” quote puts a positive spin on death by characterizing it as a potentially thrilling experience.

15. “I do not fear death. I had been dead for billions of years before I was born and had not suffered the slightest inconvenience.” — Mark Twain

Given Twain’s famous wit, this also qualifies as a funny morbid quote about death, but in many ways, it’s essentially inspirational. It reminds some that the fear they have over the prospect of not existing isn’t necessarily logical. Everyone who exists now spent most of history not existing.

Other Famous Morbid Quotes About Death

Death is a universal human experience and you can find morbid quotes about death everywhere. The following are merely a few other famous examples:

16. “I intend to live forever or die trying.” — Groucho Marx

Not everyone can make a joke about death like Groucho Marx.

17. “Death will be a great relief, no more interviews.” — Katharine Hepburn

Katharine Hepburn once again demonstrated that some of us are able to cope with the idea of dying with wry humor.

19. “Nothing in life is certain except death and taxes.” — Benjamin Franklin

20. “No one wants to die. Even people who want to go to heaven don't want to die to get there.” — Steve Jobs

This Steve Jobs quote succinctly points out that even people who believe in an afterlife can still experience the natural human fear of death.

21. “Fear of death increases in exact proportion to increase in wealth.” — Ernest Hemingway

Ernest Hemingway cleverly argued that fear of death is often just fear of no longer enjoying material pleasures with this quote.

22. “To die laughing must be the most glorious of all glorious deaths!” — Edgar Allan Poe

We can’t avoid death. But as this Poe quote suggests, we may have some control over how we react to it.

23. “I could just remember how my father used to say that the reason for living was to get ready to stay dead a long time.” — William Faulkner

24. “If my doctor told me I had only six minutes to live, I wouldn’t brood. I’d type a little faster.” — Isaac Asimov

This quote may be morbid in the way it reminds us that we only have a limited amount of time to make our contributions to the world. That said, it can also motivate someone hearing it to make the most of that limited time.

25. “I am prepared to meet my maker. Whether my maker is prepared for the great ordeal of meeting me is another matter.” — Winston Churchill

Even when commenting on his own future death, Winston Churchill never abandoned his trademark wit.

Morbid Quotes About Death: How to Handle a Difficult Topic

Morbid quotes about death and dying date back thousands of years. They give us a way to discuss a topic that many people struggle to talk about or even think about.