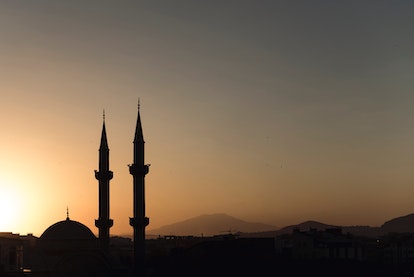 Islam is the second-largest religion in the world. In most cities, you'll encounter Muslim traditions and practices in your everyday life. But it may not be often that you find yourself at a Muslim funeral.

Continue reading to learn how Muslims think about death, dying, and funerals. We'll go over how people of Islamic faith prepare a body for the funeral, as well as what you can expect if you attend.

Islamic Views of the Dying and Dead

The Islamic faith dictates that you should treat the dying and the dead with the utmost respect.

It’s traditional for a person Muslim faith who is dying to have numerous visitors each day. These visitors can range from close friends and family to total strangers.

That involvement of the entire Muslim community is a key part of Islamic death rituals, all the way through burial and beyond.

What Happens at an Islamic Funeral (Salatul Janazah)?

A Muslim funeral may be different in many ways from other funerals you’ve attended. Below is an overview of Muslim funeral customs, from the moment of death through the funeral and burial.

COVID-19 tip: If you're planning a virtual Muslim funeral using a service like GatheringUs, you can still adapt many of these traditions to include your online guests. Brainstorm with your funeral director, event planner, or religous leader to help you figure out the logistics or any limitations.

Muslim death rituals begin at the moment of death. Immediately after death, a close family member will turn the face of the deceased towards Mecca (the Islamic religious center).

Then, within the next day or so, family members will begin the ritual process of washing the body. In this process, close family members wash the body 3 times, always starting on the right side. The washing ritual is a way of spiritually cleansing the body before burial.

The process can take up to an hour, and it concludes with the family draping the body in a clean white burial cloth.

Muslim funerals sometimes take place in mosques. But more often, they take place outside the mosque.

The community may gather for the funeral rites in a prayer room or an outdoor courtyard. In special circumstances, the prayer might take place in a cemetery. This will only happen if the person is already buried, and it's very rare.

In the Islamic faith and Muslim culture, a funeral is a profound and spiritual community affair. It’s not uncommon for strangers of the deceased to attend the funeral, and they’re encouraged to do so.

Non-Muslim men and women can attend a Muslim funeral and burial, too. If you attend, you'll want to adhere to proper dress codes and etiquette, which we'll discuss below.

It's important to note that women of the Muslim faith don't traditionally attend burials.

A Muslim funeral is simple by nature. It leaves out elaborate or prolonged ceremonies. There's rarely ever an open-casket or wake. Although the body is present, it stays shrouded in a sheet.

Below are the traditions and customs you can expect at a Muslim funeral.

Role of prayers, songs, and chants

The central ceremony of a Muslim funeral is the reciting of traditional prayers. Together, these prayers are called Salatul Janazah. The purpose of the funeral prayer is to seek forgiveness for the deceased and for all Muslims.

For the Salatul Janazah, attendees will form at least 3 lines: men in the front, then children, then women in the back.

All attendees, as well as the body of the dead, face Mecca during the ceremony.

The funeral prayer consists of several prayers which are recited silently, rather than out loud by the Imam. The Imam will signal the beginning and end of each prayer with the calling of Allahu Akbar.

An Islamic funeral can be very brief. The goal is to give the deceased last rites, pray for their safe departure to the afterlife, and bury the body as quickly as possible.

However, funeral attendees often visit the home of an immediate family member after the funeral.

This is the time when you’ll have a chance to share your condolences and show support. A meal is traditionally served, and the family will likely encourage guests to stay and socialize for the entire day.

Etiquette at an Islamic funeral

Each culture has its own etiquette when it comes to funerals. Muslim funerals have very detailed etiquette rules, such as where to stand and which direction to face, as described above.

Luckily, most people are forgiving if you don’t know all the precise details of their culture’s etiquette. You should, however, be willing to learn and follow the family's lead.

One of the key things to get right is the clothes you wear to a funeral. Muslim funerals have specific etiquette rules for funeral clothes.

Men and women should dress modestly to attend a Muslim funeral. Men should wear a plain shirt and pants. Women must wear a shirt with long sleeves and a high neck, an ankle-length skirt, and a headscarf.

The overall mood of a Muslim funeral is respectful and straightforward. You should feel free to share your grief and condolences, though it's best to wait until the post-funeral gathering.

You should also make sure to avoid some outward signs of grief. By Muslim law, attendees can cry at the funeral and afterward. But more disruptive shows of grief, including yelling and loud sobbing, are not allowed.

Avoid speaking angrily or sacrilegiously. Also forbidden is recording the funeral ceremonies in any way, including taking pictures.

It’s not customary to bring gifts, flowers, or donations to a Muslim funeral. If you want to give gifts to the family, consider bringing food to the home within the first 3 days of mourning.

The family will not expect you to bring food, though, and it’s essential to observe Muslim dietary rules if you decide to do so.

What Happens After an Islamic Funeral?

The entire Muslim funeral process can happen very quickly, and it’s immediately followed by burial. It’s not uncommon for the whole process to take place within just 24 hours after death. Here’s what you can expect to happen after a Muslim funeral.

The Islamic faith requires burial rather than cremation. Exact burial methods vary based on region, but many factors are the same worldwide. One example is that the casket is not considered a matter of great importance. If there’s a casket at all, it’s usually a simple wooden box with no decorations.

At the burial, participants form a line and pass the body atop their shoulders until it reaches the grave. The body is positioned perpendicular to Mecca so that it faces the Islamic center.

In some regions, Muslim communities have their own cemeteries. In others, the cemetery may reserve a special section for Muslim burials.

The initial remembrance period following a Muslim funeral lasts 3 days. Family, friends, and community members will recite prayer almost continuously in the home during these 3 days.

As mentioned above, the extended mourning period lasts for 40 days. However, many modern communities observe a shorter mourning period. There are additional grieving requirements for widows.

Keep This in Mind Before You Attend

Muslim funeral customs vary based on the specific community and region. Some communities may want you to participate more than others. Some funerals may be very traditional, while others are more modern. The best thing you can do if you’re ever unsure or nervous is to ask ahead of time.

There are many specific and intricate laws in the Islamic faith surrounding death and funerals other than those listed here. But the information above will help you navigate the waters if you're attending a Muslim funeral for the first time.