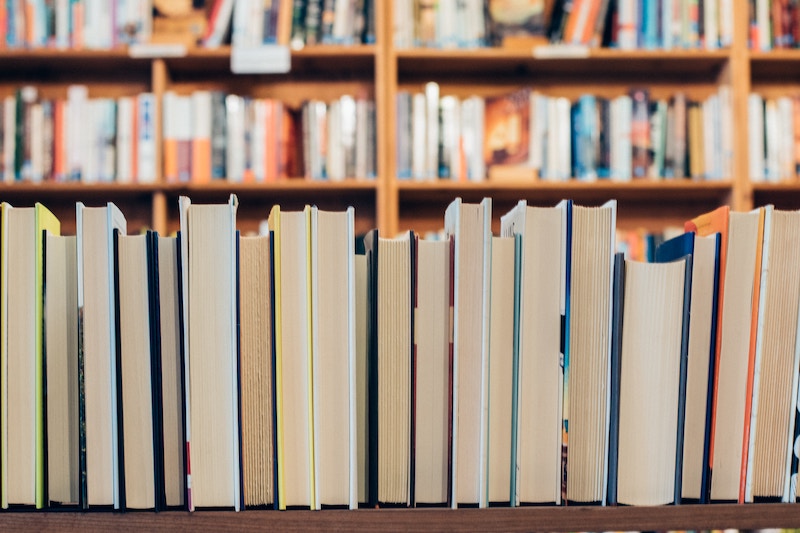 Life is unpredictable. And your time on earth is finite. What happens after your death depends on your belief system.

Are you trying to make sense of a recent personal tragedy? Or interested in a good read? These books about near-death experiences could help you gain some perspective. You may find solace, comfort, and evidence. Or something to fuel your imagination. If you’re considering one of these titles for a loved one, think about their circumstances. If they’re grieving, sending flowers along with a book is a great idea.

Each of the following titles can serve many purposes. Start with the books on this list to jumpstart your understanding of near-death experiences.

1. The Five People You Meet in Heaven by Mitch Albom

If the term “heaven” is outside your comfort zone — don’t fear. Although this book sounds like it is religious, it seldom praises a higher power. Instead, it focuses on the interconnectedness of everyone on earth (and beyond). This book is highly conversational, simple, and beautifully written. If you have a few hours to yourself — and want to shed a few tears — it’s a can’t miss.

A work of fiction, the story is about Eddie. He is a maintenance worker at an amusement park. On his 83rd birthday tragedy strikes. Diving to save a little girl, Eddie leaves earth and travels to the afterlife. There he meets five people who only seem to be strangers.

Yet, they had a deep, lasting impact on the trajectory of his life — and he on theirs. The afterlife that greets Eddie is no Garden of Eden. Instead, it’s a constantly changing landscape full of pain, beauty, and revelations.

You can buy The Five People You Meet in Heaven on Amazon.

2. The Next Person You Meet in Heaven by Mitch Albom

This is the second book in Mitch Albom’s series. The Next Person You Meet in Heaven follows a newlywed couple. They suffer an accident on their wedding night. The wife is united with Eddie (The protagonist from The Five People You Meet in Heaven) and also goes on a voyage to the afterlife. During her journey, she learns how much she touched those around her.

She discovers how everything she’s done rippled out into the world. Featuring more than one twist this book reminds you of the bonds between people. And how even the smallest action can change a life.

You can buy The Next Person You Meet in Heaven on Amazon.

3. Heaven Is for Real: A Little Boy’s Astounding Story of His Trip to Heaven and Back by Todd Burpo, Lynn Vincent

Even if you don’t believe in heaven this book is worth a read. 4-year-old Colton Burpo leads you through his firsthand encounter with heaven. During an emergency appendectomy, Colton’s heart stopped. While he was being resuscitated he went on a journey beyond his body.

After resuscitation, he was able to recount detailed family stories from before he was born. Colton also writes about “visiting” his parents while he was in surgery. He describes what they were doing, which he had no way of knowing. Colton also talks about his encounters with Jesus, God, and angels.

While religious, this book also focuses on how much love is in the world. Written from a child’s perspective this book speaks to many readers. If your interest is piqued there are many other children’s books about death available.

You can buy Heaven Is for Real on Amazon.

4. Dying to Be Me: My Journey from Cancer, to Near Death, to True Healing by Anita Moorjani

After battling cancer for four years, Moorjani’s body begins to shut down. Instead of giving up Moorjani decides to focus on being more aware, present, and positive. And she works to understand her worth and the underlying cause of her disease.

She makes a full recovery. And becomes a medical phenomenon. Moorjani writes about her childhood in Hong Kong, and her tangles with Hinduism. She also traces her journey to a fulfilling career and true love. All these details help her explain her unexpected recovery.

You can buy Dying to Be Me on Amazon.

5. Life After Life: The Investigation of a Phenomenon by Raymond A. Moody Jr.

Raymond Moody was hailed as the “father” of the Near-Death Experience movement. Moody interview one hundred people who were declared clinically dead but survived. They shared what they experienced while dead. And in their own words tell the reader what lies beyond.

Published in 1975, this work introduced the near-death ideas we’re so familiar with today. Ideas like: tunnels, bright lights, reconnecting with loved ones, and more. This book gained worldwide attention. It has sold more than 13 million copies since its publication.

You can buy Life After Life on Amazon.

6. Journey of Souls Case Studies of Life Between Lives by Michael Newton Ph.D

Dr. Newton is a hypnotist. He uses his skills to help people uncover their past lives. This book is a collection of 29 people’s experiences recalling their other lives. Through their stories, you hear specifics about what it feels like to die. They discuss what you see and feel.

The “spiritual guides” you meet. And what returning to earth is like. Whether you’re a skeptic of Dr. Newton’s hypnosis techniques or not, this is a fascinating read. It even touts the ability to help you make more sense of your experiences on earth.

You can buy Journey of Souls on Amazon.

7. Proof of Heaven: A Neurosurgeon’s Journey into the Afterlife by Eben Alexander

Who better to describe the balance between life and death than a neurosurgeon? Eben Alexander believed that near-death experiences felt real to those that experienced them. But those were not real experiences. Instead, the brain was producing authentic feeling fantasies as a stress response.

In a twist of fate, Alexander catches a rare illness. It leaves him in a coma. He is completely unresponsive and has no signs of brain activity. But after seven days, he unexpectedly comes out of the coma. And his outlook has changed completely.

Alexander has a newfound belief in God and the Divine. He describes life and death as not as the beginning or end. Instead, they are parts of a greater existence as a soul.

You can buy Proof of Heaven on Amazon.

8. Imagine Heaven: Near-Death Experiences, God’s Promises, and the Exhilarating Future That Awaits You by John Burke

John Burke compares 100 near-death experiences with scripture about life after death. In this book, questions such as, “Will I be myself?” “Will I see friends and loved ones?” “What will heaven look like?”  and more are discussed.

Not every account relates to scripture. But, Burke discovers thousands of commonalities through his research. This book is among the best-sellers relating to near-death experiences.

You can buy Imagine Heaven on Amazon.

9. Evidence of the Afterlife: The Science of Near-Death Experiences by Jeffrey Long, MD, with Paul Perry

If you haven’t found a title that resonates with you yet, consider this book. It is a compilation of evidence from 1,600 verified near-death experiences. Dr. Long and his wife founded the Near-Death Experience Research Foundation.

You can buy Evidence of the Afterlife on Amazon.

10. DMT: The Spirit Molecule: A Doctor’s Revolutionary Research into the Biology of Near-Death and Mystical Experiences by Rick Strassman

In this book, Dr. Strassman details the government-approved research conducted between 1990-1995. This research was conducted on 60 volunteers at the University of New Mexico. The volunteers were injected with DMT.

DMT is one of the strongest psychedelic drugs. It produced near-death experiences in many of the participants. Volunteers reported encountering aliens, spirits, angels, and other beings. Many said it was the most profound experience of their life.

Strassman’s research showed a connection between DMT and the brain’s pineal gland. The Hindus believe the pineal gland houses chakra. And René Descartes called it the seat of the soul.

You can buy DMT: The Spirit Molecule on Amazon.

These volumes claim to reveal everything you need to know about this subject. It also includes accounts from near-death experience survivors. Despite their different experiences, they all reference the same idea; there is a border that guards “a point of no return.”

You can buy Afterlife, The Whole Truth on Amazon.

12. Haunted Healthcare: Medical Professionals and Patients Share Their Encounters with the Paranormal by Richard Estep

Estep is a paramedic and paranormal investigator. He is also a cast member of “Haunted Case Files” and “Haunted Hospitals.” In this book, healthcare professionals and patients share their experiences with the otherworldly.

Interested in more haunts? Estep also wrote a follow-up to this book. Haunted Healthcare 2: Medical Professionals and Patients Share Their Encounters with the Paranormal.

You can buy Haunted Healthcare on Amazon.

13. The Purpose of Life as Revealed by Near-Death Experiences from Around the World by David Sunfellow

After studying near-death experiences for 40 years, David Sunfellow compiled his findings. This book sheds light on shared “truths” that people who approached death learned. It also discusses how to apply these truths to daily life.

Research and quotes from 52 “experiencers” and 10 researchers provide a variety of perspectives.

You can buy The Purpose of Life on Amazon.

Hopefully one or more of these titles struck a chord with you. Religious or science-based, there are unknowns to discover. Whether you’re a product of a near-death experience or you find the concept fascinating — happy reading! You might learn something new.

Get help with funeral costs

Create a website where others can donate to help you with funeral expenses and more.