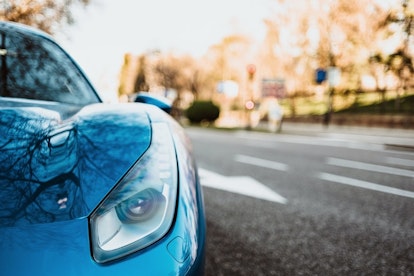 If you’re a fan of his, you may wonder where actor Paul Walker is buried. Maybe you’re merely curious, or maybe you’d like to pay your respects at the grave of this popular actor who died too soon. Many people remember Paul Walker for his portrayal of Brian O’Conner, one of the main characters in the movie franchise the Fast & Furious. He was featured in six of the main movies, and died before completing the filming of Fast & Furious 7.

Paul Walker, born Paul William Walker IV, was born in Glendale, California, on September 12, 1973 and had a lengthy acting career, starting as a child actor with roles in daytime soap operas like The Young and The Restless.

Sadly, Walker was only 40 years old when he died in a car accident in Santa Clarita, California, on November 30, 2013. So where can fans pay tribute to the actor who turned heads and left folks in the dust on and off screen? Let’s find out.

How Did Paul Walker Die?

Paul Walker and his friend and racing partner 38-year-old Roger Rodas died in a car accident on November 30, 2013. Rodas was driving the vehicle – a limited edition 2005 Porsche Carrera GT – when he hit a sidewalk, spun out of control, hitting a light post and tree before the car burst into flames, according to the Los Angeles County coroner’s office report. No other cars were involved in the accident.

At the time of impact, the car had been traveling at an estimated 100 miles per hour. It’s still unknown what happened to cause the loss of control. The accident happened in broad daylight around 3:30 p.m. and neither men were found to be impaired by drugs or alcohol.

The Site of Paul Walker’s Death

When a celebrity dies in a car accident or at another location that is accessible to the public, that location can become almost as important as the person’s grave itself. With any sudden death, especially ones related to car accidents or areas with public access, it can quickly become a temporary shrine for those wishing to pay respects.

Fans still visit the site of Walker’s accident, in particular on the anniversary of his death.

The public location of a death is a place where people can go to pay their respects almost immediately after a death. With any tragedy, people want to gather and grieve together, especially if no grave site has been selected or made publicly available.

With some celebrities, the grave site may not be accessible to the average person at all.

Two days after the accident occured in Valencia, California, there were two memorials organized. Thousands of fans descended upon the crash location on the Kelly Johnson Parkway during the day, leaving their own versions of grave flowers, candles, written tributes, and other special mementos in honor of Walker.

Approximately 6,000 people gathered throughout the day. Barriers had been positioned to keep the crowd orderly, and police were there for traffic control, according to The Santa Clarita Valley Signal.

That same night, the crowd was dispersed so the family memorial could take place. From 7 to 10 p.m., the area and surrounding streets were shut down via city permit. The Hollywood Reporter also shared comments made by Walker’s co-star and close friend, Vin Diesel, during the evening memorial.

“I just wanted to say thank you for coming down here and showing that angel up in heaven how much you appreciate him,” said Diesel, speaking to fans who gathered throughout the day. They’d been working on the film series together since 2001.

Where is Paul Walker Buried?

Walker’s grave is located in Forest Lawn Memorial Park in Hollywood Hills, Calif. This cemetery is known for its many famous graves and eternal “residents.”

Walker doesn’t have the usual type of gravestone most people are familiar with and are expecting. He is buried in a garden-style family plot without an individual gravestone.

His family name, Walker, is on a plaque on the wall at the head of the plot. There is no other marker.

Can You Visit Paul Walker’s Grave?

Yes. His grave is accessible and not in a private, locked location. If you’re making a plan to visit Paul Walker’s grave, make sure you go to the correct Forest Lawn Memorial Park, as there are two locations.

Walker’s grave is located in Forest Lawn located in Hollywood Hills. The other Forest Lawn is in Glendale. Both cemeteries are huge, so if you accidentally go to the wrong one, you could end up searching for a very long time. You’ll find the Walker plot in the Court of Liberty section of the Gardens of Heritage division.

To get to his gravesite, follow these directions, shared by the celebrity site Seeing Stars:

It is not recommended to ask anyone who works at Forest Lawn how to find a grave. Families, especially those of celebrities, tend to choose these two cemeteries because of their commitment to privacy.

Along with the family memorial at the crash site mentioned earlier, there was also a traditional funeral service for Walker. The funeral took place two weeks after the crash on Saturday, December 14, 2013.

Walker’s funeral was a private affair that took place in Forest Lawn Memorial Park in Hollywood Hills, California. The funeral service was by invitation only, including family members and the cast and crew of Fast & Furious.

The Los Angeles Times reported on the funeral, noting that his Fast & Furious co-star Michelle Rodriguez was in attendance and later posted her thoughts about Walker on Twitter. “I said goodbye to a great man today, a man I never got to show just how much I love his spirit and his golden heart, ‘stay golden pony boy.’” Ponyboy is a reference to S.E. Hinton’s novel The Outsiders.

The Walker family also held a larger memorial, which was open to a larger number of people. It was also invitation-only.

The cast and crew of Furious 7 were on a break for Thanksgiving when Walker’s tragic car accident took place. According to CNN, they were only halfway through the movie’s production at that point. Production was halted, offering the cast and crew the time to grieve and then decide what to do about the movie. The movie release was eventually postponed from 2014 summer to April 2015.

Paul Walker’s younger brothers helped finish his final Fast & Furious film. Cody and Caleb, who look very much like Paul, were stand-ins for their brother in the scenes needed to complete the film. They had reproductions of Paul’s tattoo placed on them for consistency.

Whether you’re a fan of Paul Walker in Fast & Furious or one of his other many movies, stop by and pay your respects the next time you’re in Los Angeles. It’s always a good thing to remember those who have gone before us.

If you're looking for more resources on remembering deceased celebrities, read our guides on famous last tweets and famous people who died without a will.