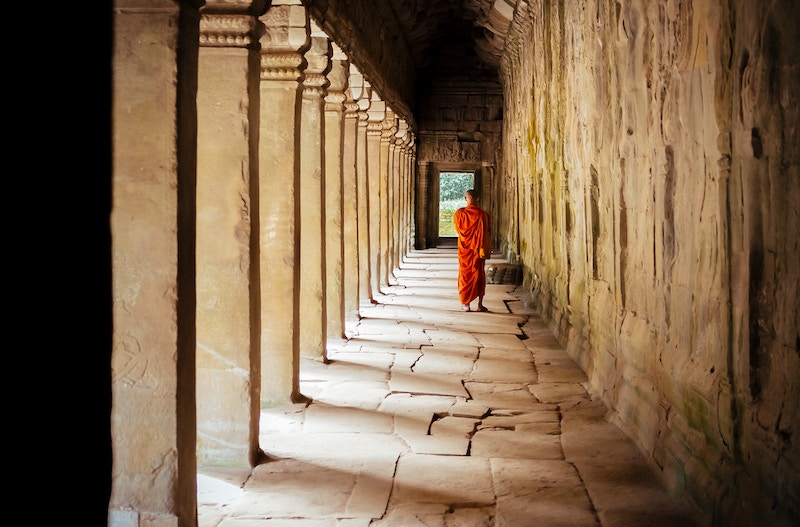 Pchum Ben, also known as Ancestors Day or Caring for the Dead Ritual, is one of the most important Buddhist holidays in Cambodia. The date provides ample time for participants to honor their departed relatives and acknowledge the cyclical nature of life.

Pchum Ben is the yearly opportunity to cope with feelings of grief, as well as venerate the dead and express hope for their peaceful journey through the afterlife.

Whether you’re visiting Cambodia during Pchum Ben, or you’re just curious about death in different cultures, you’ll learn about Pchum Ben in-depth below.

What is Pchum Ben Festival?

Pchum Ben is a two-week Buddhist holiday, three days of which are a Cambodian public holiday. In Khmer, the word Ben means “to collect.” Alternatively, Ben also refers to cupping or forming cooked rice into portions. To Ben Baht is the practice of collecting food to give to monks. The word Pchum roughly translates to, “to congregate or meet together.”

Pchum Ben is a time for remembering and honoring departed relatives and ancestors. Celebrants traditionally honor ancestors going back as far as seven generations.

During the 15 days of Pchum Ben, families create offerings for their departed ancestors, which primarily include food. They bring those offerings to their temples or pagodas, where the offerings are received by monks. After chanting all night without sleeping, the monks proceed with a colorful and complicated food offering ceremony.

Alternatively, family members can leave their food offerings at the pagoda for their ancestors to eat, or they can cast their offerings into a field for the departed to find.

Those who are celebrating Pchum Ben can also bring offerings to deceased individuals who don’t have any living relatives, or whose relatives live far away.

Traditionally, Pchum Ben is the time when the preta, or “hungry ghosts,” walk freely. These unsettled spirits have the opportunity to receive offerings of food from their relatives.

As a result, some of these hungry ghosts will permanently leave their purgatorial state and begin a peaceful journey to the afterlife (and reincarnation), while others must return to purgatory once the 15 days are over.

Pchum Ben celebrants traditionally believe that their offerings bring blessings upon them from the ancestors, or curses if they fail in their duty to demonstrate honor. Participants in Pchum Ben share these blessings with the ancestors, which helps them on their journey through the afterlife.

The Pchum Ben holiday has played an essential role in history, most recently as an outlet for grief after the actions of the Khmer Rouge (a violent regime which ruled Cambodia from 1975 to 1979). In addition to providing time for mourning, it allowed others, who cooperated with the Khmer Rouge, to express guilt and remorse to their ancestors.

Where it’s celebrated in Cambodia and around the world

Cambodians celebrate Pchum Ben all across the country. Celebrants usually travel back to their home provinces for the holiday, and services take place in many towns and villages.

Cambodian Buddhists who’ve left the region might also celebrate the holiday of Pchum Ben, though it mainly takes place in the country of Cambodia.

Although Pchum Ben is unique to the country of Cambodia, you’ll find the concept of a merit-transference ceremony (as described below) in multiple Buddhist nations.

» MORE: Create a FREE will in only 10 minutes

When is Pchum Ben Festival?

The full celebration of Pchum Ben takes place from the first to the fifteenth day of the Khmer month known as Potrbotr, which is the tenth month of the Khmer year. The Khmer calendar is also known as Chhankitek, or “lunar calendar.”

The national Cambodian holiday of Pchum Ben is the final three days of the 15-day festival. The last day of the holiday as a single date is often referred to as Pchum Ben Day.

Pchum Ben usually falls in the Gregorian Calendar months of September or October.

During Pchum Ben, celebrants take part in multiple different services and ceremonies. All of these ceremonies are meant to help ancestors on their way to a peaceful afterlife and to try and stay in the ancestors’ good favor. The central function of the Pchum Ben is the transferring of merit to the ancestors.

A key concept that’s central to Pchum Ben is the idea of “merit.” In fact, Pchum Ben is primarily considered a merit-transferring celebration.

Merit is a type of goodwill that individuals and family units generate by performing generous deeds. Caring for the dead during Pchum Ben provides a family with merit, which transfers to its departed ancestors.

The deceased are thought to need this merit to exit purgatory and continue on with a peaceful journey to the afterlife and reincarnation.

Pchum Ben happens every year during the 10th month of the Khmer calendar, which is the end of the “Buddhist Lent,” Vassa.

Vassa often gets compared to Christian Lent because it’s similar in nature. However, Vassa lasts for three months, whereas Lent lasts for 40 days. It’s thought that Vassa also predates Lent by five centuries.

During the three months of Vassa, Buddhist monks retreat to monasteries for intensive meditation. At the same time, Buddhist lay-people often choose to give up luxuries like meat or alcohol. Pchum Ben is the celebration that culminates at the end of Vassa.

The first 14 days of the holiday are called Kan Ben. During Kan Ben, celebrants bring gifts of food and candles to Buddhist monks, who have been meditating for three months.

The final day of Pchum Ben is Pchum Ben Day. It’s the biggest day for festivities, and it’s when people come from far and wide to pay respect to their ancestors. The night before the celebration, families, and individuals visit the pagoda to prepare it for the final festivities.

Very early in the morning of Pchum Ben Day, people begin cooking rice and forming it into balls. These balls, known as Bay Ben, are a primary offering that the families will bring to the temple or pagoda.

Traditionally, celebrants bring the Bay Ben to the location of the service before dawn, along with their other offerings.

Families present their food offerings to the Buddhist monks, which generates merit and indirectly benefits the ancestors on their journey. At the same time, or at a different point in the ceremony, participants also offer food directly to the ancestors by placing it on the ground or throwing it into a field.

The former method—offering food to the monks to generate merit—is thought to be more orthodox.

At the temple, celebrants take part in a ceremony held by the monks to call the ancestors’ spirits. During this ceremony, participants scatter the Bay Ben on the ground as an offering.

After convening the souls, some participants remain outdoors, where they light incense and offer rice balls to the prett.

The prett are those spirits whose loved ones couldn’t attend, or who don’t have any living relatives. Others return to inside the pagoda and join the monks in chanting.

Praying to the Buddha

Because Pchum Ben is a Buddhist holiday, celebrants typically light incense, show respect, and pray to statues of the Buddha. Honoring the Buddha is believed to help celebrants build merit, and to share that merit with their departed ancestors.

Some participants gather grains of rice or sand and arrange them into five mounds. The mounds represent Mount Meru, where Brahminist Gods are thought to reside.

On the last day of Pchum Ben, Pchum Ben Day, celebrants gather all of the Bay Ben to form a large collective offering.

The Bank Skoll is a significant religious ritual, and it concludes the yearly festival with a tone of seriousness and solemnity.

Gathering the Living to Celebrate the Dead

Pchum Ben is the time to remember relatives and community members who’ve passed away. At the same time, the holiday is one of community-building and mutual respect. It’s a time when everyone can join who wishes to take part. By gathering together to acknowledge death, the community strengthens relationships among the living.

As seen in the history of the Pchum Ben after the exit of the Khmer Rouge from Cambodia, the holiday has long played an essential religious and community role.

If you visit Cambodia during Pchum Ben, it’s important to keep in mind the solemnity of the occasion while observing or participating in Caring for the Dead rituals.

Want to learn more about Cambodian culture? Read our guide on the Cambodian New Year. 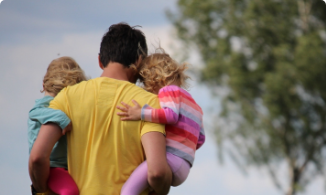 Protect your family and wishes with a free will you can create in just minutes.