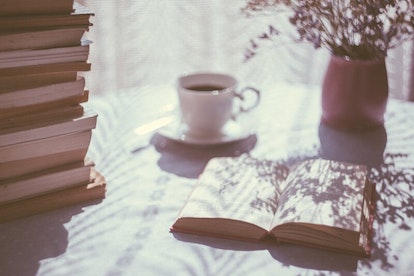 Sometimes it helps people to realize that others have experienced pain as well. That’s why we put together this list of pieces by some of America’s most famous poets about the pain and hurt that follows physical injury, heartbreak, and the death of a loved one.

You may want to share these poems about pain and suffering to comfort a loved one.

It seems as if poets focus more on emotional pain than physical pain, but we did find several exceptions to that rule. Read through these verses about various types of physical pain.

You may also want to listen to songs about pain as a reminder that other people experience hurt as well.

1. “After the Second Operation” by Patricia Goedicke

Anyone who has had an operation will connect with this poem. The poet describes leaving the hospital after the successful surgery and the healing that occurs over time. During this healing, the poet describes:

“Half the time off balance,
Most of the time blinded
By tears like diamonds in the eyes.”

Goedicke was an accomplished downhill skier, but this poem may or may not have been autobiographical.

2. “The Raisin” by Donald Hall

Not often do you find a poem that tells the life story of an individual. Donald Hall gives the abbreviated version of “Harry’s” life in “The Raisin.”

This poem made our list because Harry begins to feel pain when he turns 90 years old. This pain keeps him from doing the things he loved to do, like growing flowers, dancing, and tending the graveyard plots.

The beginning and end of the poem give the reader a glimpse of Harry’s funeral.

W.D. Snodgrass describes the process of an operation, from the preoperative procedures to receiving instructions from nurses during recovery. During this process, the speaker shows keen awareness of his surroundings, described in great detail.

4. “The Death of the Ball Turret Gunner” by Randall Jarrell

This short poem describes the violent death of a gunner who hunched in the belly of the turret while in battle during World War II. Some would consider the short poem's content as rather graphic.

5. “Deliverance from a Fit of Fainting” by Anne Bradstreet

Anne Bradstreet was one of the earliest published poets in America. She wrote this poem after experiencing a fit of fainting. Her illness frustrates her because she wishes to serve the Lord.

“Why should I live but to thy praise?
My life is hid with thee.
O Lord, no longer be my days
Than I may fruitful be.”

» MORE: Loss is never easy. Learn the next steps to take with this comprehensive checklist.

An infinite number of poems speak about emotional pain and hurt. In fact, you can hardly open a poetry anthology without finding an example on almost every page.

We have attempted to give you poems that describe hurt from various sources, such as a disappointing child, heartbreak, grief, and depression. We also included a poem about the pain of wanting to become a nun but not having the support of your family.

6. “For DeLawd” by Lucille Clifton

“People say they have a hard time
understanding how I
go on about my business.
playing my Ray Charles
Hollering at the kids —”

This poem describes how a woman grieving the death of her sons can continue with everyday life after the pain of loss.

7. “A Screamer Discusses Methods of Screaming” by James Schevill

People may scream out in pain due to feeling hurt, but you can learn other “methods of screaming” described in this poem. The speaker concludes with:

“When you walk past me on the street
I nod my head to you and, smiling, scream.
You never hear me through the smile.
The inside scream has no echo.”

Perhaps you have experienced the type of emotional hurt before in your life that has caused you to scream from the inside.

Emotional pain and hurt can come from a variety of sources. This poem details the pain that comes from knowing that your children made poor choices in life.

Josephine Miles was a poet, critic, and teacher.

While most of the poems on our list give a sad account of hurt and pain, “House Guest” incorporates a lighter read. The speaker in the poem hosts a bitter, unhappy woman in her home. The hosts try everything in their power to cheer her up, but nothing seems to help.

Toward the end of the story, the host finally uncovers the source of the hurt:

“Please! Take our money! Smile!
What on earth have we done?
What has everyone done
And when did it all begin?
Then one day she confides
That she wanted to be a nun
And her family opposed her.”

Hurt comes from a variety of sources.

10. “In a Dark Time” by Theodore Roethke

We don’t know the source of the speaker’s pain in Theodore Roethke’s poem, “In a Dark Time.” However, the pain almost drives him to madness. Only at the end does the speaker “climb out of his fear” with the help of his faith in God.

11. “The Cross of Snow” by Henry Wadsworth Longfellow

The speaker in this poem mourns the loss of his love, who died 18 years prior. The speaker thinks of his love as he spends time in the room where she died. He describes his sadness as a cross of snow that “I wear upon my breast.”

Henry Wadsworth Longfellow claims a spot as one of the most prolific American poets.

Famous Poems About Pain and Hurt After a Loss, Death, or Tragedy

Some poets use their work to process pain and heartbreak they may have experienced in their own lives. Some of these pieces have turned into popular funeral poems.

Read through some sad poems, a few of which may work for a funeral.

12. “And You As Well Must-Die, Beloved Dust” by Edna St. Vincent Millay

This Edna St. Vincent Millay poem doesn't explain who dies, but the poem discusses the inevitability of death.

“It mattering not how beautiful you were,
Or how beloved above all else that dies.”

When a child dies, the whole community grieves. This poem recalls the accidental death of a young girl who always seemed to be in constant, happy motion.

In the last stanza, the speaker describes being vexed “at her brown study, lying so primly propped.”

14. “The Widow’s Lament in Springtime” by William Carlos Williams

Most who live in a cold climate feel revitalized in spring, except for the widow in William Carlos Williams’ poem. She describes how she used to love going to the “heavy woods in the distance” to see “trees of white flowers.” This year she wants to “fall into those flowers and sink into the marsh near them.”

Walt Whitman was deeply affected by the death of President Lincoln. He wrote this poem following the assassination. Even though the union was saved and “the prize we sought is won,” the speaker of the poem says:

“But O heart! Heart! Heart!
O the bleeding drops of red,
Where on the deck my Captain lies,
Fallen cold and dead.”

Annabel Lee’s lover feels devastation over the loss of his beautiful Annabel Lee, who died “by the sea.” The speaker claims that the angels were jealous of their happiness, and so they sent a wind that “came out of the cloud, chilling and killing my Annabel Lee.”

Consider Using the Written Word to Process Your Grief

You can read poetry from many amateur poets who have turned to the written word to process sadness in their lives. Grief counselors sometimes recommend this as a healthy activity for someone grieving the loss of a loved one.

Try it out and see if poetry writing helps you organize your thoughts and emotions. You may feel strange sharing your work, but you can find a very supportive network of amateur poets online that may help you develop your craft.

Otherwise, you may be interested in knowing that one of America’s most famous poets, Emily Dickinson, spent her life in relative obscurity as she poured out her heart writing hundreds of poems.