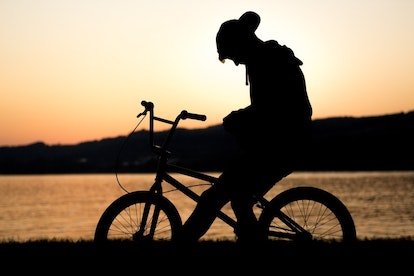 When someone dies, a relative outside of the immediate family is often tasked with delivering an elegy or obituary. An aunt or uncle, for instance, is close enough to know the deceased well enough to properly eulogize them. This can be helpful if immediate family members are too emotionally raw for speaking at a funeral.

Even more removed family members may still be at a loss when it comes to figuring out what to say when someone dies. No matter where you source your material, just make sure you’re doing justice to your departed loved one. The rest will fall into place.

Best Poems for a Nephew who Died from an Aunt

There’s a quote that goes, “only an aunt can give hugs like a mother, keep secrets like a sister, and share love like a friend.” If you’re tasked with eulogizing your nephew, you may want to give honor to that special relationship.

Here are some poems that may help you express what your relationship with your nephew meant to you.

1. "His Journey" by Ellen Brenneman

If your nephew was a person of faith, this poem is a beautiful way to pay tribute to him and comfort his mourners. So many people think of death as the end of a journey. But for some people, death is just the beginning.

2. "Do Not Stand at My Grave and Weep" by Mary Elizabeth Frye

If your nephew was a positive, optimistic person, there are uplifting poems you can share. This poem, told from the perspective of the deceased, asks mourners not to weep at their grave. Instead, they urge their loved ones to find them in the world all around them.

They can be found in beams of light, on wings of birds, in the sound of the rain, and so many other places. This poem works well as a religious or secular piece.

3. "I Will Love Death" by Sri Chinmoy

If your nephew had time to face and reconcile with his mortality, he may have appreciated this short but sweet poem. Its message is simple and straightforward: death, like life, is God’s creation. This poem is ideal for a nephew who struggled with illness but was at peace with the prospect of his life ending.

4. "The Soldier" by Rupert Brooke

This poem was originally written in 1914, but its message still resonates over a century later. Too many young people give their lives fighting wars on behalf of a country they won’t live to see again.

This poem asks that the soldier’s survivors find peace in the fact that his body will be interred in his native soil. This poem is for a nephew who gave his life in war.

If your nephew was the irrepressible sort who could never quite take anything seriously, it is important to honor that. This poem begins with the line, “Oh! I have slipped the surly bonds of earth,” and goes on to describe a spirit dancing mirthfully on the wind.

Eulogies don’t have to be dour: they can memorialize the deceased in the way they would want to be remembered.

6. "What the Living Do" by Marie Howe

Howe wrote this after the death of her brother, but it is fitting for any family member or cherished friend. The narrator of the poem outlines her prosaic, everyday activities. She hurries down the sidewalk, spills coffee on her clothes, parks her car, buys a hairbrush.

And in those moments in between, she is conscious of the bittersweet fact that her loved one is no longer alive. And so, because she has no other choice, she goes on living for him.

Best Poems for a Nephew Who Died from an Uncle

Some uncles are the fun uncles, who play video games and encourage their nephews to prank their parents. Some uncles step in as father figures. Whatever dynamic you had, know that every uncle-nephew bond is unique and special.

Use that knowledge to inform the poem you incorporate into your nephew’s eulogy.

In this melancholy elegy published in 1896, Housman muses on the life of a young athlete cut down in his prime. The poet deftly draws parallels between the cheering crowds at a sporting event and the somber attendees of a funeral. This poem may be a controversial choice among scholars.

It advances the theory that it is better to die young and on the top of your game than to die old and unremembered. But to casual listeners, it will sound optimistic and hopeful. This poem is a good fit if you frequently played sports or went running with your nephew.

Aldritch was a 19th-century poet, novelist, and critic best known for his lengthy stint editing The Atlantic Monthly. In this poem, he marvels at how a person can live on through the words they leave on a page. He also laments that this kind of communication only goes one way.

For a scholar, reading words is a pale imitation of being able to engage. This poem is a good fit if your nephew was a writer, a poet, or was otherwise creative with words.

Young people are not immune to struggling with darkness. Teens and twenty-somethings can struggle with big issues like mental illness or substance abuse. Sometimes, no matter how hard they fight to stay alive, they are not able to conquer their demons.

This piece - by the brilliant but troubled Welsh poet who also died too young - will let you allude to those struggles without stating them explicitly.

10. "Death is Nothing at All" by Henry Scott-Holland

If you want to deliver an optimistic tone to your eulogy, try this piece from the early 20th century. It's hopeful and uplifting without being overly saccharine. The young man who is the subject of the work urges his loved ones to continue to call him by his name and pretend he is just in the next room.

It’s important to him that his family remembers him with joy and not pain because he believes they will all be reunited one day in the beyond. This poem is ideal if the deceased and his family are strong in their beliefs.

11. "The Darkling Thrush" by Thomas Hardy

Hardy, a Victorian-era novelist and poet, paints a bleak and desolate landscape with his words. The language he uses is somehow both visceral and sparse at once.

But when it seems there is no hope to be found in the world of this poem, a single bird trills and ruffles the bushes. It’s proof that even in the darkest of times, life makes a way.

12. "When I Have Fears That I May Cease to Be" by John Keats

Keats is one of the best-loved English poets of his age, and his works have endured for more than a century and a half. But he feared that he would die before he could leave his mark upon the world.

For a nephew who similarly feared that they would die before achieving greatness, this poem is a fitting tribute. Because, as the world remembers Keats, you and your family will remember the mark your nephew made.

Poems to Honor a Nephew

The loss of a nephew is hard, no matter the circumstances. As the person delivering their eulogy, you can honor them and comfort the other mourners. It’s a difficult but important task. Hopefully, these poems will help give you some guidance.

If you need more guidance, check out our guides to popular funeral poems.